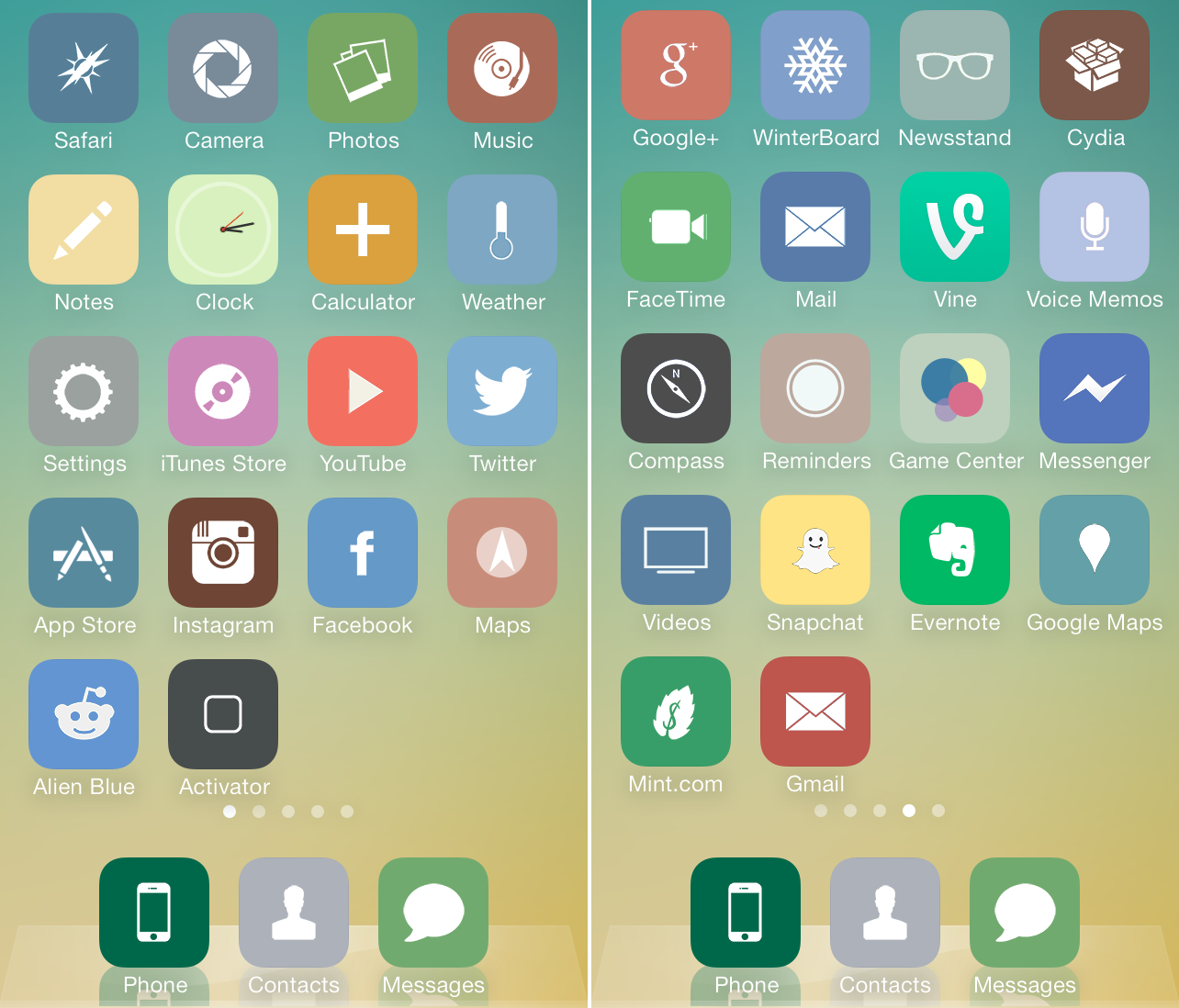 iOS themes appear to be at the front and center of the jailbreaking community as of late, many of which we have featured in our ten best Winterboard themes roundup and new Theme Thursday series. The avalanche of releases continues with the arrival of StayClassy for the iPhone, a custom icon set that is both flat and gentle in design…

I am a big fan of the color palette that StayClassy uses, ranging from burgundy and brown to dark green and navy blue. Each icon consists of a flat base with a white glyph, contributing to a simplistic appearance overall. The theme provides custom icons — 80 in total — for all stock apps and a number of popular third-party and jailbreak ones, including Activator, Alien Blue, Cydia, Evernote, Facebook, Google Maps, Gmail, Instagram, Twitter, Winterboard and YouTube.

In terms of downsides, this theme does not look very good with bright or detailed wallpapers. Mind you, not many themes do. I also find the Snapchat logo to be peculiar, as it is the only icon to have a black outline around the glyph. I get that the ghost is the official Snapchat logo, but the icon should still match the overall look and feel of the theme. Perhaps I’m just nitpicking.

I would also like to see more app icons added altogether, which designer Aleks Bahdanovich aims to provide in weekly updates. Non-themed icons aren’t absolute eyesores, however, as evidenced by Vine in the screenshot above. Bahdanovich is taking icon requests and will be releasing a PSD file so that anyone experienced with Photoshop can create their own.

StayClassy is available now for  (update: now 99 cents) on Cydia in the default MacCiti repository. I find that a steep price to pay for just 80 icons, especially considering that there are quality themes like Soft Remix for iOS 7 and Radiance that are free. Nevertheless, this is still one of the better themes you can get for around the price of a cup of coffee. iPad users that want a similar looking theme should look into Passtel.

What is your verdict on StayClassy?