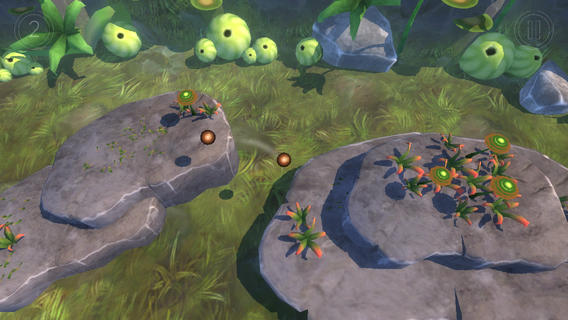 Exploratory platformers seem to be all the rage in the App Store. In the past few weeks alone, several notable platformers and action adventures have been released for the iPhone and iPod, including awesome triple-A games such as Leo’s Fortune, Thomas Was Alone, Sometimes You Die, Monument Valley and David, to mention a few.

If you’re a sucker for the genre as yours truly, you’ll want to put Globosome: Path of the Swarm on your wish list.

Released today for the iPhone and iPad and costing $2.99, this great-looking title by independent German developer Navel has you playing as a dark little dot which can replicate into a swarm by feeding on its natural environment. The twist: turning into the swarm is necessary to accomplish tasks and puzzles that would be otherwise impossible alone…

Based on the Sascha Geddert’s award-winning 2012 animated short which asks in which way humans are different from bacteria in a petri dish, Globosome: Path of the Swarm features a beautiful, immersive organic world with detailed environments comprised of lush jungles, dark ravines, dangerous flora and more. 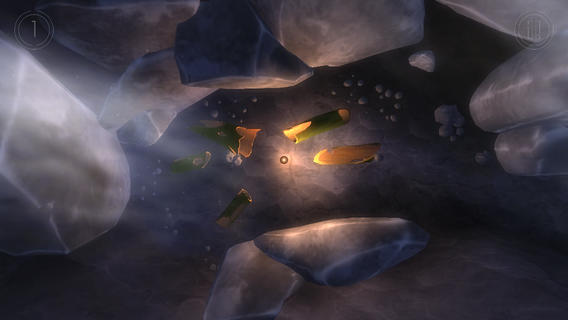 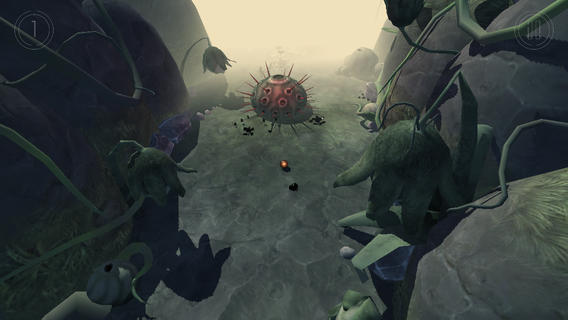 The physics-based gameplay, Game Center achievements, dynamic swarm behavior, the atmospheric orchestral soundtrack and the ability to evolve your swarm abilities should keep you occupied – at least until the next great platformer/action adventure comes along.

For comparison’s sake, here’s a trailer for the 2012 Globosome animate movie upon which the game is based.

Keep in mind that the game currently suffers from two bugs.

One messes up the moving direction on iOS 7 ‘Made for iPhone’ controllers (use gyro or touch controls instead). The other involves the black bottom bar appearing on iPhone 5 devices.

Neither, however, hinders your ability to enjoy the game.

Nonetheless, rest assured that Navel is going to fix both problems in the next update, which will also bring out additional levels and content.

Buy Globosome: Path of the Swarm  for $2.99 in the App Store. The game contains no advertisement or In App-Purchases.