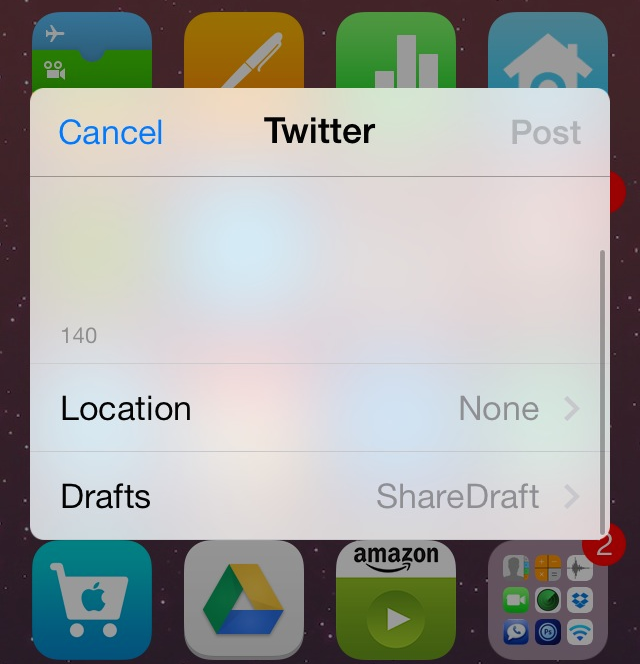 ShareDraft is a new jailbreak tweak that lets users save share sheet messages as drafts. The share sheets, which are used for iOS’ built-in Twitter and Facebook sharing, normally force users to send a message or lose it. With ShareDraft installed, you can save messages to drafts and recover those drafts when sending future messages.

We’ve taken ShareDraft for a spin on video, and while it isn’t perfect, heavy share sheet users might find it to be a handy add-on. Check past the break for the full video review.

To invoke the Facebook or Twitter share sheets, you’ll need to use the share button that’s present throughout iOS. You can also invoke the sheets directly from Control Center by means of a tweak like CCToggles. See our video above for an example of how we did it. 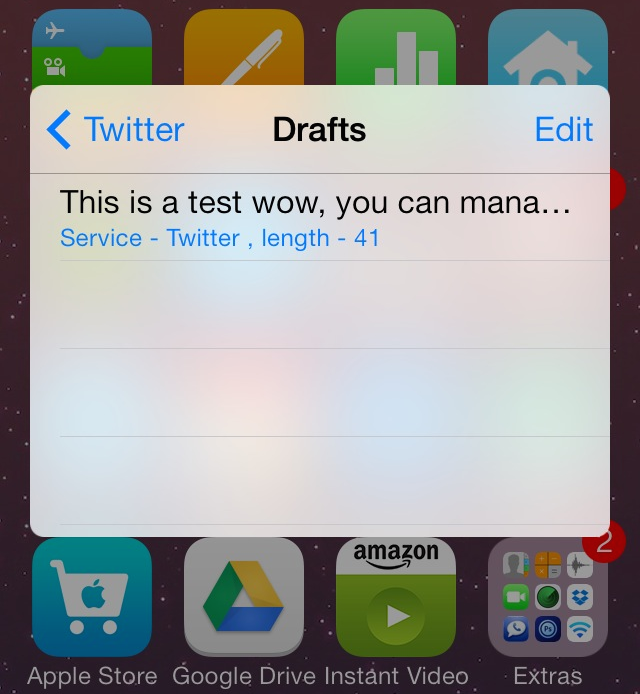 After you’ve composed your message, tap the Cancel button in the upper left-hand corner and you’ll be prompted to save a draft of the message. The next time you decide to use a share sheet, scroll to the bottom of the sheet to find your list of drafts.

ShareDraft contains a preference panel with a kill switch and an area to access all of your saved drafts. Inside the preferences, you can modify the contents of a saved draft, but these modifications don’t seem to always carry over when you decide to recall a draft when composing a message. 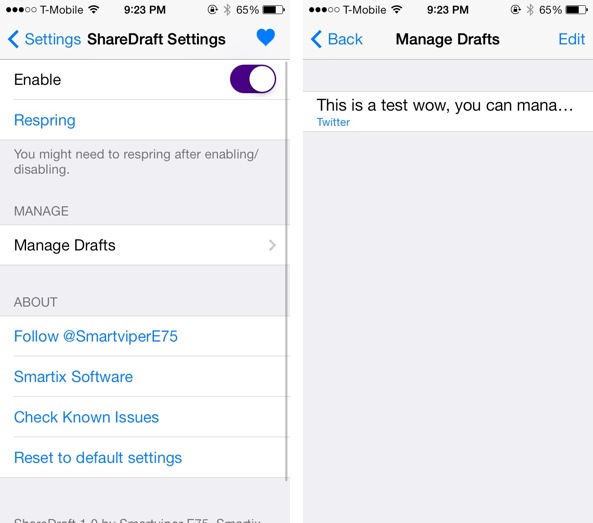 Outside of the flaw with the message modification, ShareDraft is a solid tweak that may prove to be compelling for heavy share sheet users. You can find it on Cydia’s BigBoss repo for $0.99. What do you think about it?