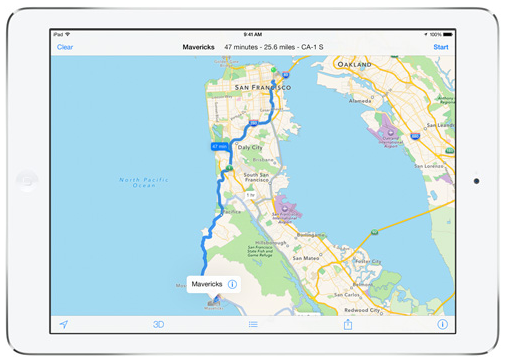 Apple is apparently testing a new notification system for Maps, according to a report from MacRumors. The site has posted screenshots showing a new option that some users are seeing to receive a push notification when their reported issue with the app has been fixed.

It works like this: after choosing to ‘Report a Problem’ within the Maps app, users are given the option to be notified when engineers have fixed the issue. And once the problem has been resolved, Apple sends out a push notification to that user’s device letting them know…

Apple seems to be testing a new notification feature in its Maps application, based on a report and screenshots captured by a MacRumors reader. The user reported an error to Apple in the Maps app on April 6 and was given an option to receive a notification when the issue was resolved, with Apple sending a push notification on April 8 indicating the problem had been fixed.

It seems that the feature is still in testing, and it’s unclear if Apple plans to roll it out on a larger scale. Those who have seen the notification option say it only appears intermittently, and MacRumors has thus far been unable to reproduce it. For what it’s worth, I couldn’t either. 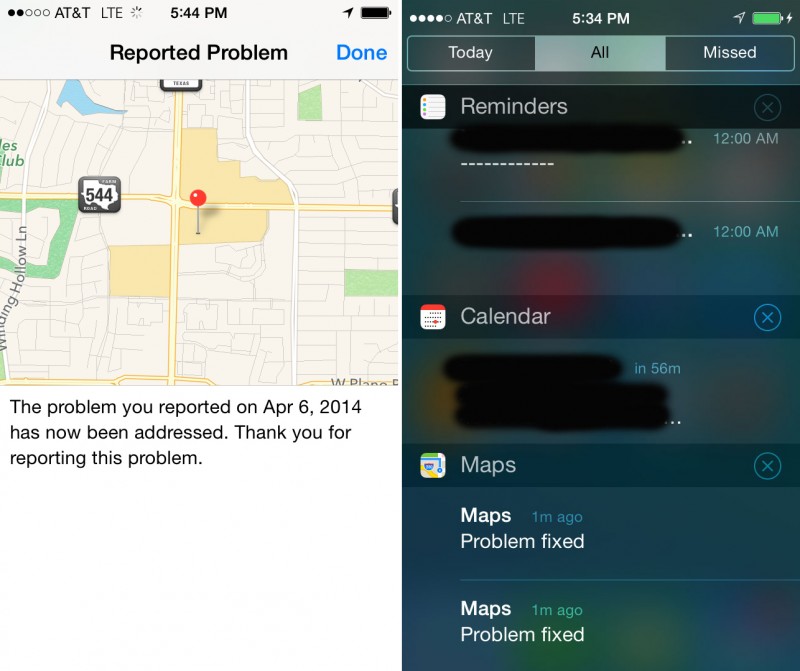 Launched alongside iOS 6, Apple’s Maps app was initially plagued with various problems including location inaccuracies and missing data. The debacle led to numerous customer complaints, and resulted in an apology letter from Tim Cook and the ousting of Scott Forstall.

Today’s news comes as Apple continues to try to remedy the situation, issuing several updates to the Maps app over the years with countless improvements. Most recently, the company added 3D Flyover views for Australia’s Perth, Spain’s Cordoba and France’s Saint Tropez.

Additionally, the Maps app is expected to receive a major update in iOS 8 later this year.