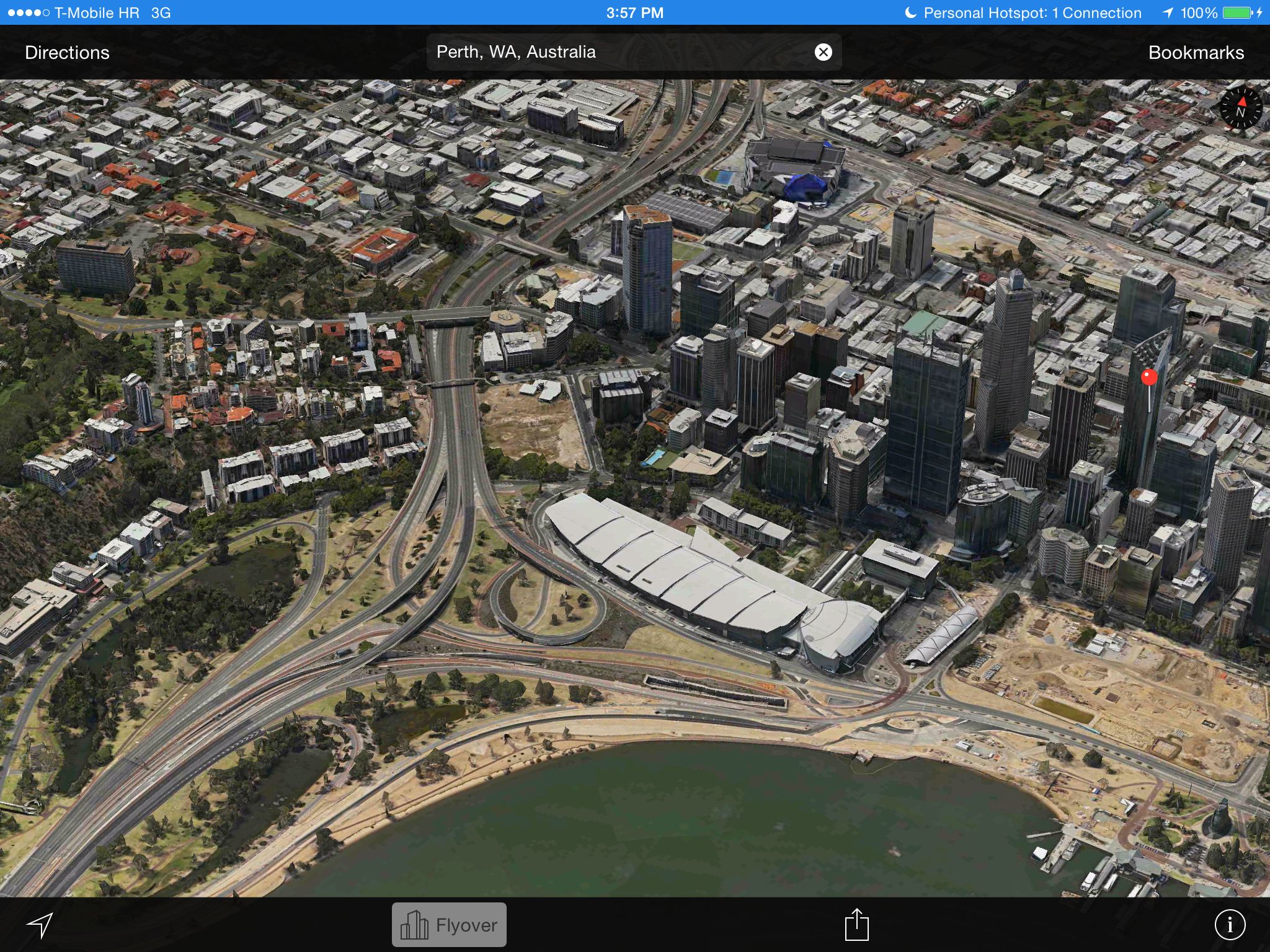 Starting today, anyone can rotate and zoom in on the architectural details and explore the topography of Australia’s Perth, Spain’s Cordoba and France’s Saint Tropez.

The company’s been dutifully expanding 3D Flyover coverage in more place around the world. Back in January, folks living in the cities of Marseille, France; Cape Town, South Africa; and Helsinki, Finland started seeing 3D Flyover maps in Apple Maps on iOS and OS X… 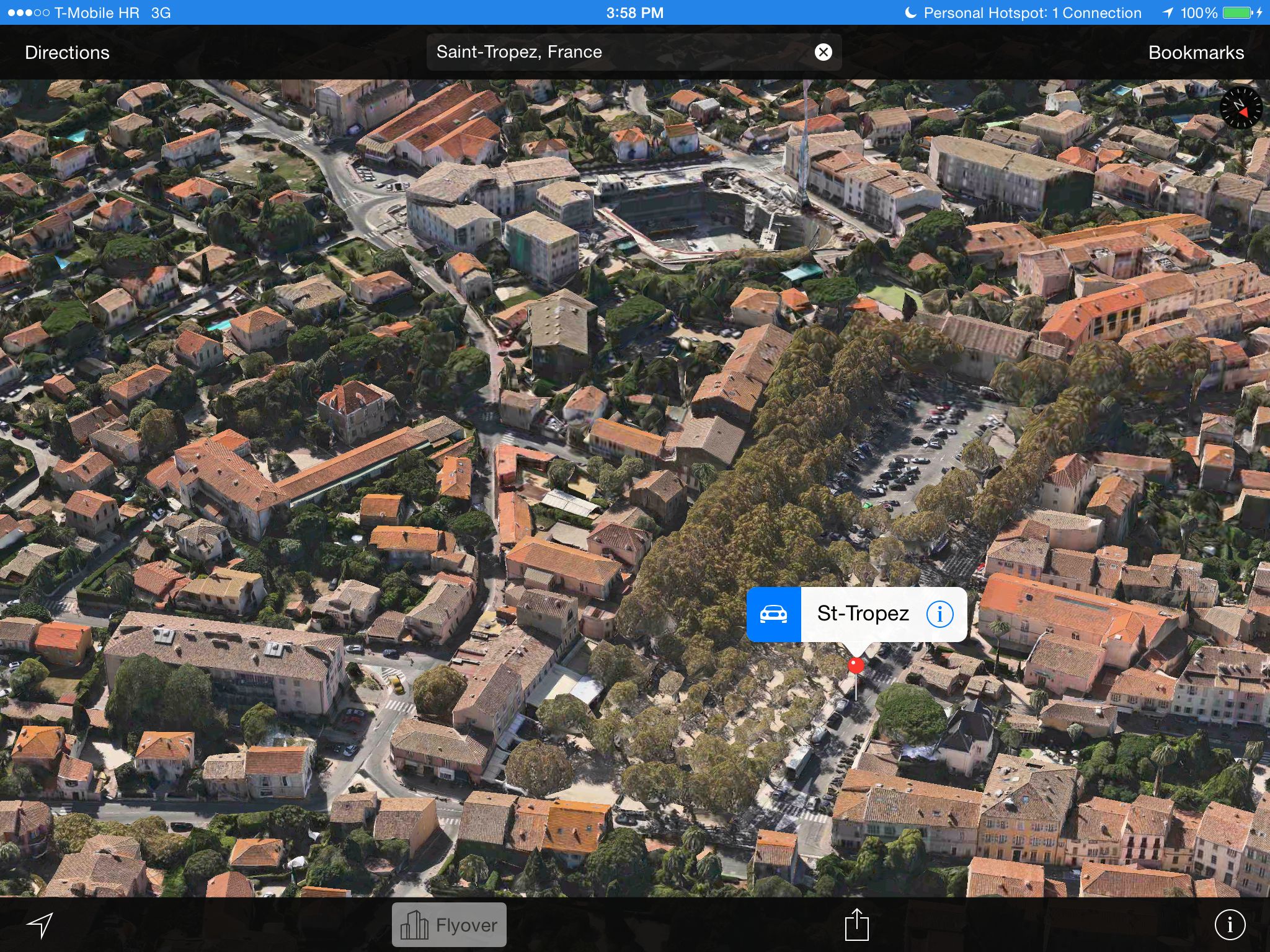 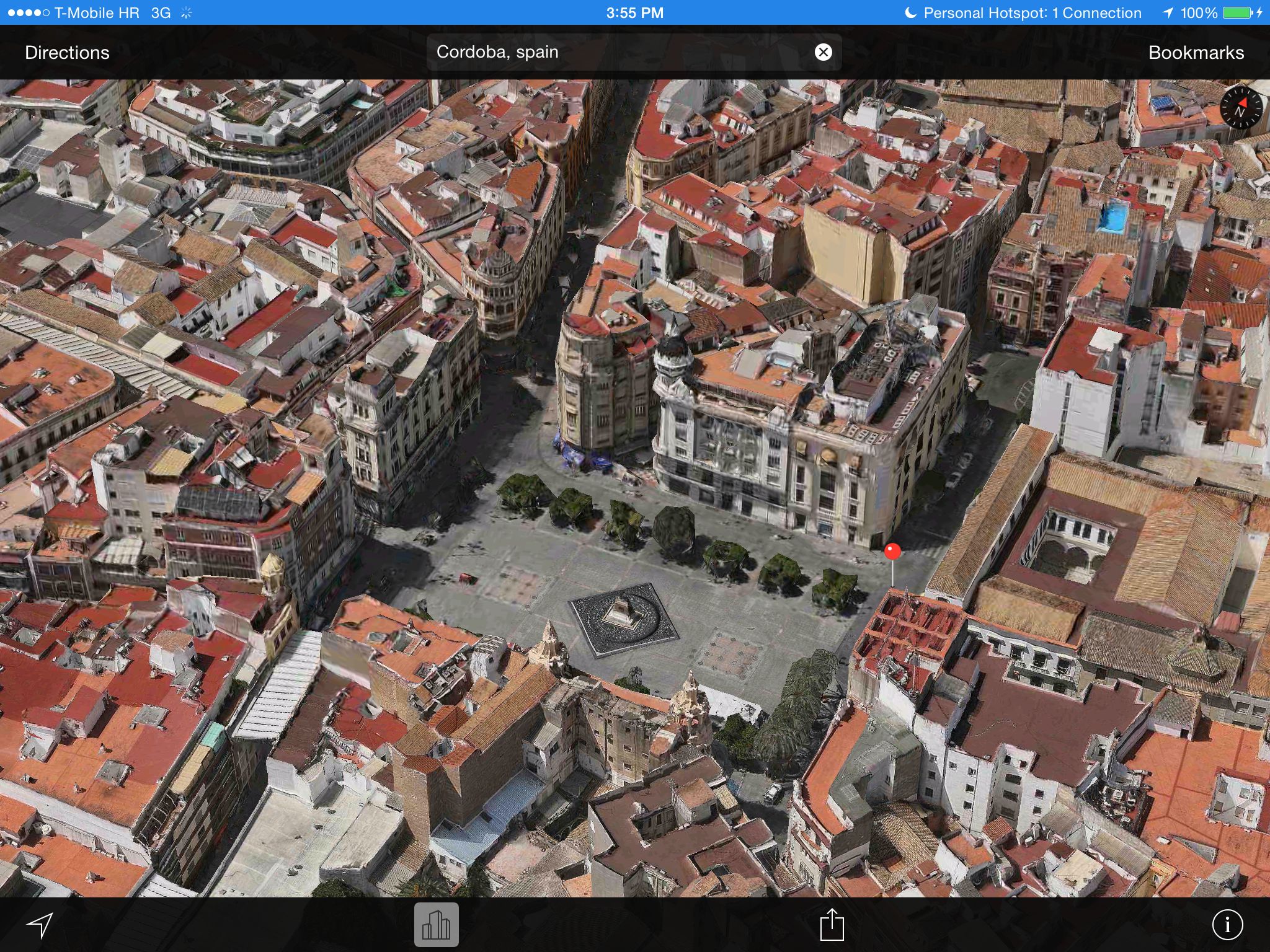 As of this writing, Flyover maps were live in 53 cities around the world.

First released alongside iOS 6 two years ago as part of the ill-fated Apple Maps offering, Flyover maps are painstakingly created from data gathered from Apple’s fleet of planes which capture high-resolution terrain imagery at multiple angles.

According to Apple’s job post, a secret Maps project is in the works, with a patent indicating a bunch of new mapping layers. Another job post hinted at transit data being implemented.

How’s Apple Maps been for you in terms of accuracy and reliability?

Has Apple enabled 3D Flyovers in your area?