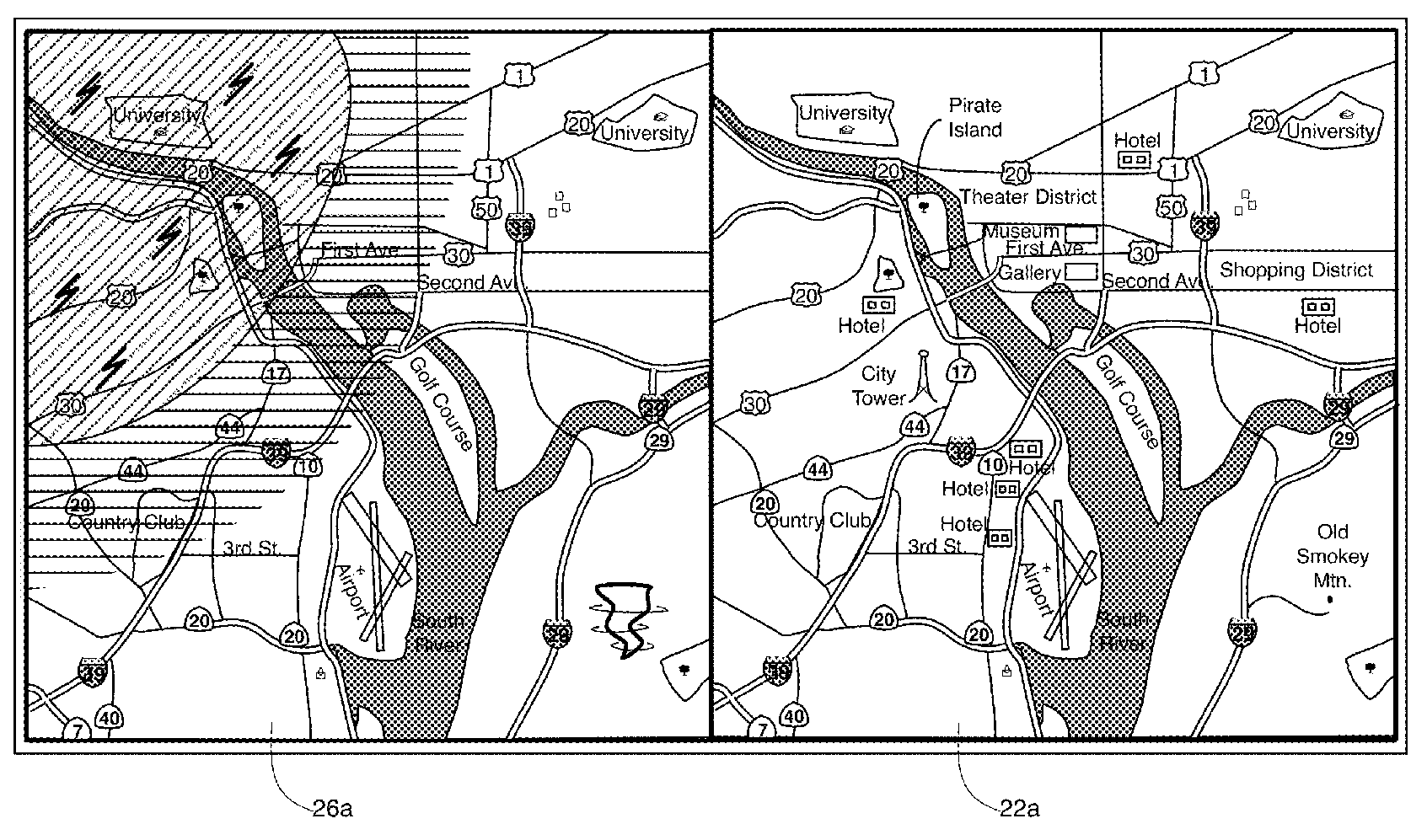 Apple’s Maps for iOS – and now for Macs running OS X Mavericks – still pales in comparison with Google’s offering and will continue to struggle for some time until Apple achieves some sort of feature parity.

Google Maps are not only more accurate, they sport more features that put Google’s rich data sets amassed in years past to good use.

For instance, Google Maps have long had layers, basically objects that consist of one or more separate items that can be manipulated as a single unit.

Apple, too, is working on various layers of information for its digital maps offering, but with a twist, a new patent filing published Thursday has indicated…

According to Apple’s U.S. Patent and Trademark Office patent filing titled ‘Interactive Map’, the company’s engineers and mapping specialists are researching novel ways to improve upon existing layering solutions by adding data-rich layers which would take into account the context of a current situation and be dependent on nearby points of interests, a user’s location and other criteria.

These layers would use extra information retrieved from the Internet and the system would combine all these resources to provide a unified experience and important pieces of information, all within a single app.

For example, search would produce different results based on the currently select layer.

“For example, if a user were to be in hiking mode, the results for “food” would show camping supply stores, while the same search in tourist mode would display cafes or fine dining,” AppleInsider explains.

Also, geospatial capabilities could be integrated to allow to provide relevant data for a given route, likely stemming from the iOS geofencing capabilities.

As an example, Apple explains that the app could provide contextual information about the history of a location when a user is in tourist mode to compliment an experience.

I also like that dropping a pin would be far more precise versus the current implementation, thanks to a magnifying loupe that would render surrounding street names, places of interest and buildings. 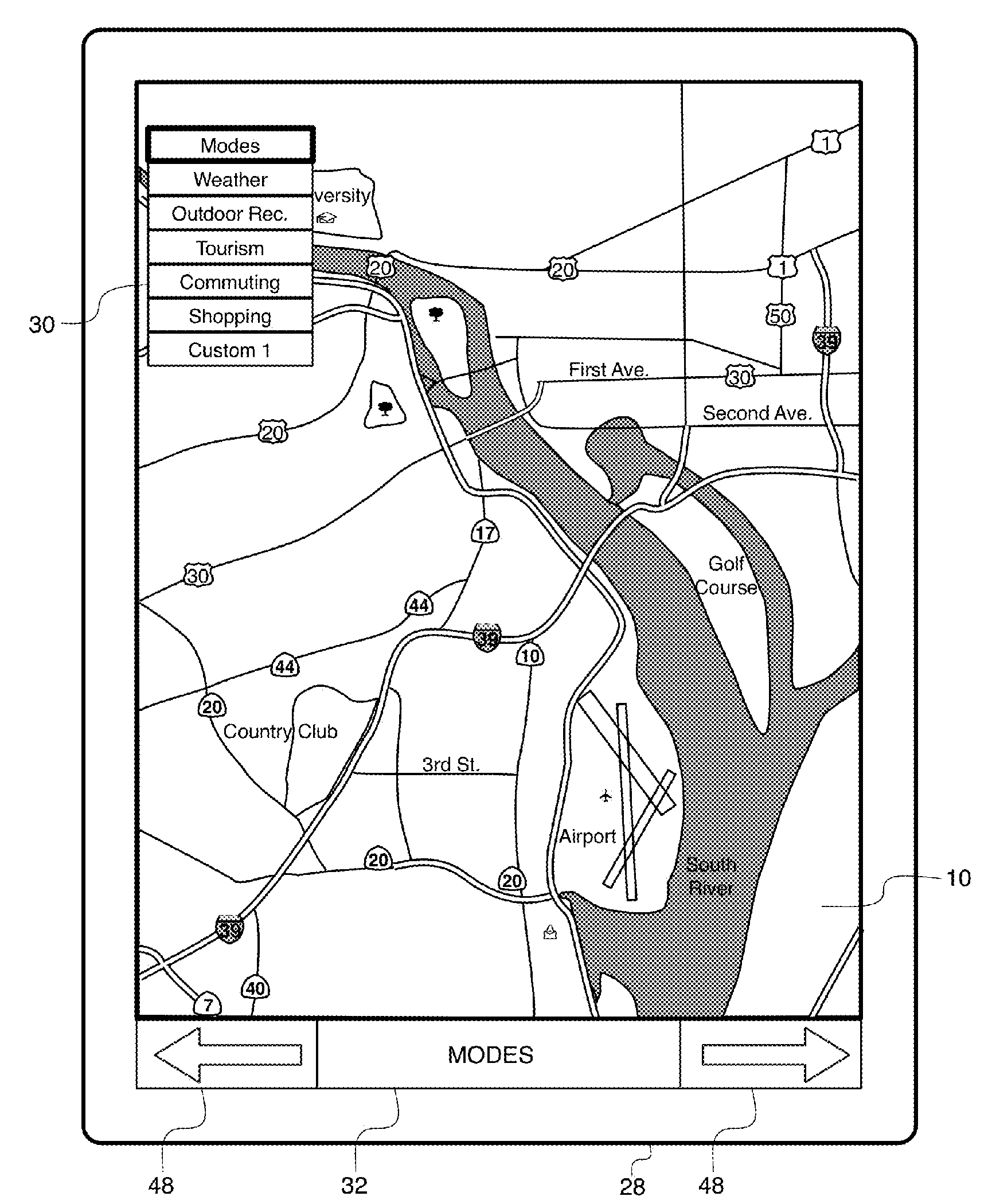 As an example, Apple envisions the weather layer showing that a storm is coming, prompting user to invoke another layer giving the locations of nearby buildings to reach safety.

For instance, clicking on a city dot might result in the display of information pertaining to the city, such as demographics, hotels, flight schedules, etc.

Touching a highway indicator, such as a route number shield, may cause the map to display the locations of fueling stations, hotels and restaurants along the route.

Custom modes would be possible by layering/re-ordering multiple layers. 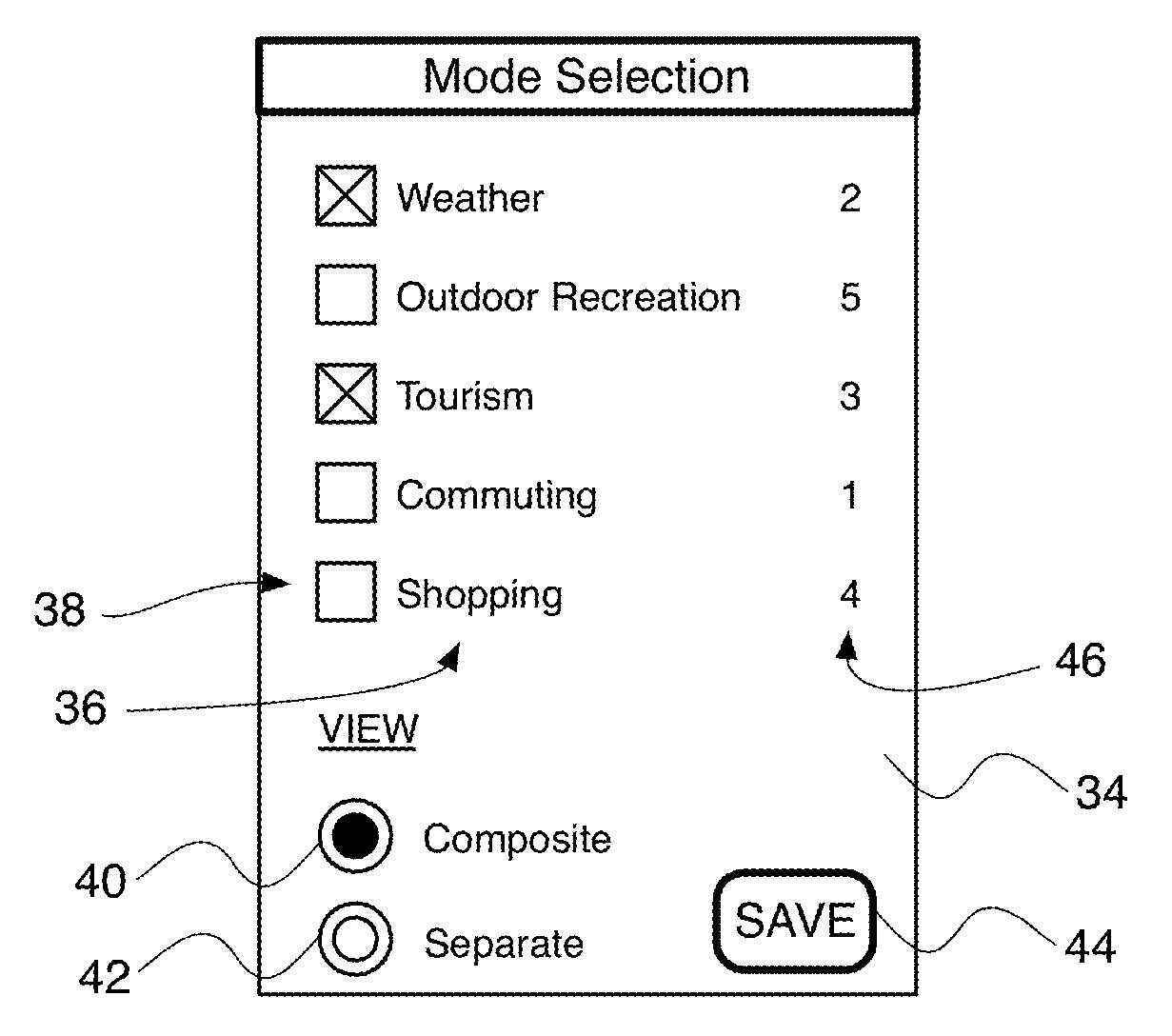 Another cool example is a shopping mode where the device would show location-special deals and recommendations while a user is inside a retail store or a shopping mall.

The system would likely retrieve this information from iBeacons, Apple’s indoor positioning system deployed at its own stores and by third-party retailers like Macy’s.

In another embodiment, Apple describes creating routes with distance calculations simply by touching two points on a map. The system would then put up the best possible route based on user-defined criteria, such as weather and traffic.

By comparison, the current implementation requires creating a route through through the use of addressed or dropped pins, which is neither user-friendly nor very practical.

On the flip side, it should be noted that most of the stuff outlined in this unusually detailed filing sounds very reasonable so there’s a good chance Apple will pursue some of the aforementioned inventions.

And how would you improve Apple Maps?