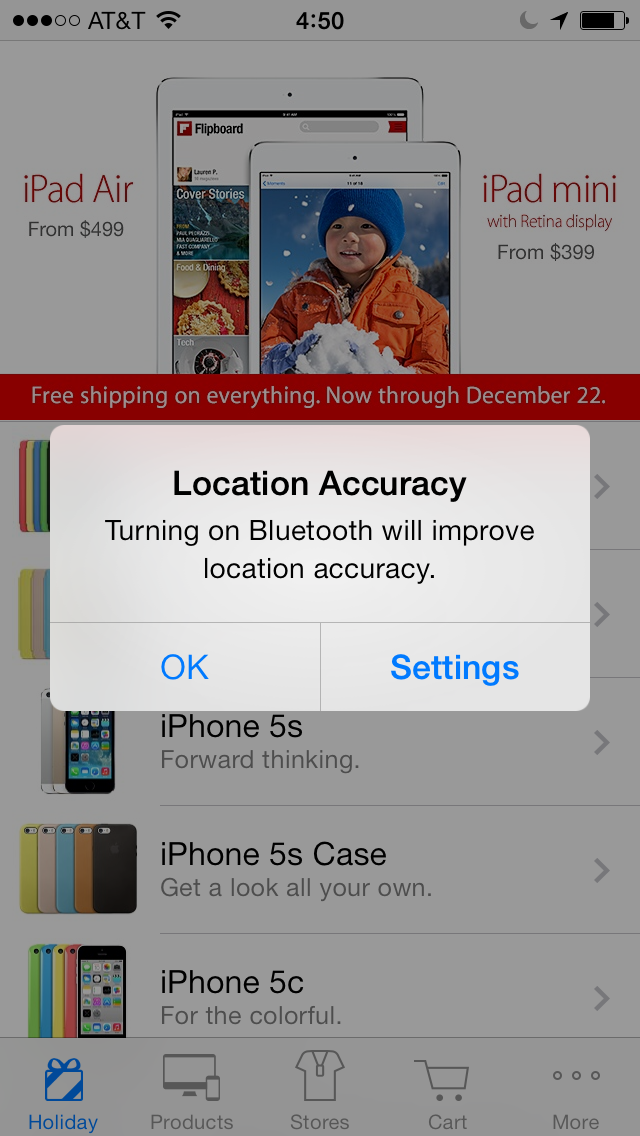 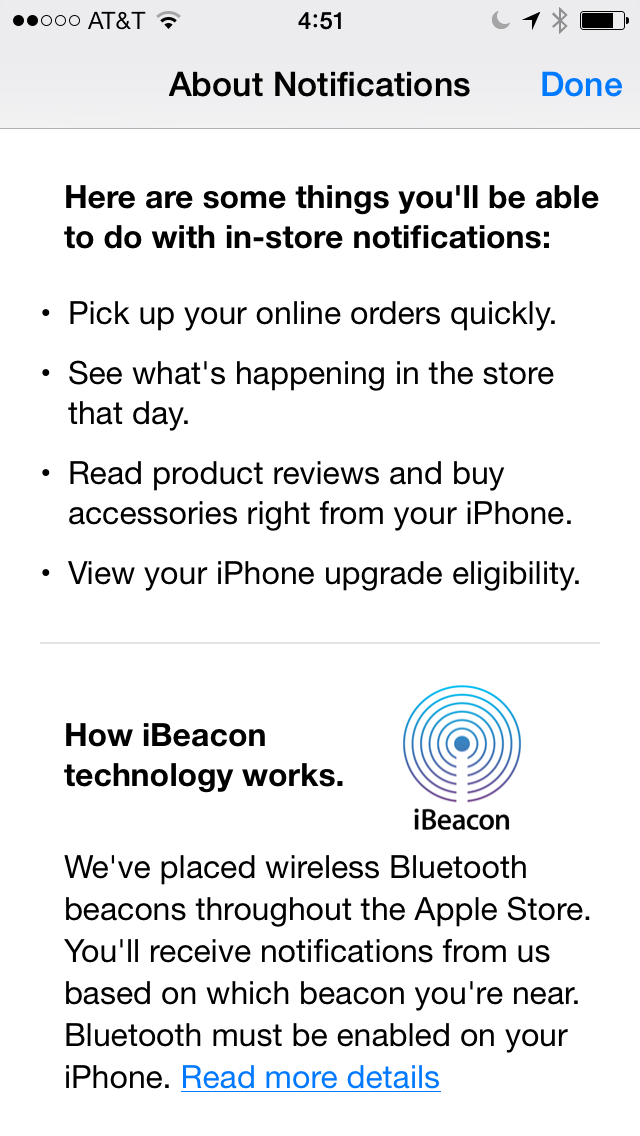 Apple has begun rolling out iBeacons in its retail stores, with first iBeacon transmitters being deployed in its 24-hour Fifth Avenue store in New York City. Apple has also rolled out a server-side update allowing its free Apple Store app for the iPhone and iPad to let shoppers elect to receive In-Store Notifications about products and orders, including information such as a customer’s upgrade availability and trade-in options.

Approving In-Store Notifications within the Apple Store app requires enabling Bluetooth and the iOS Background App Refresh feature, which allows the system to locate your device and issue product-related information as you check out products inside the store…

According to an Associated Press report, Apple has demonstrated the technology to journalists at the Fifth Avenue store, where the firm installed about 20 iBeacon transmitters, some of which are simply iPhones and iPads.

These tiny things can be adjusted to very specific distances as they allow for accurate indoor positioning and can distinguishing between locations that are just a few feet apart, which isn’t possible with traditional GPS.

The beacons can be adjusted to specific distances, so you may get some notifications regardless of where you are inside. Others will come only when you are standing at a particular aisle, wall or product demo table.

The store can also send out notifications about deals or upcoming events.

“We’ve placed wireless Bluetooth beacons throughout the Apple Store,” reads the message within the Apple Store app. “You’ll receive notifications from us based on which beacon you’re near”.

This Apple support docs has more on iBeacon technology. 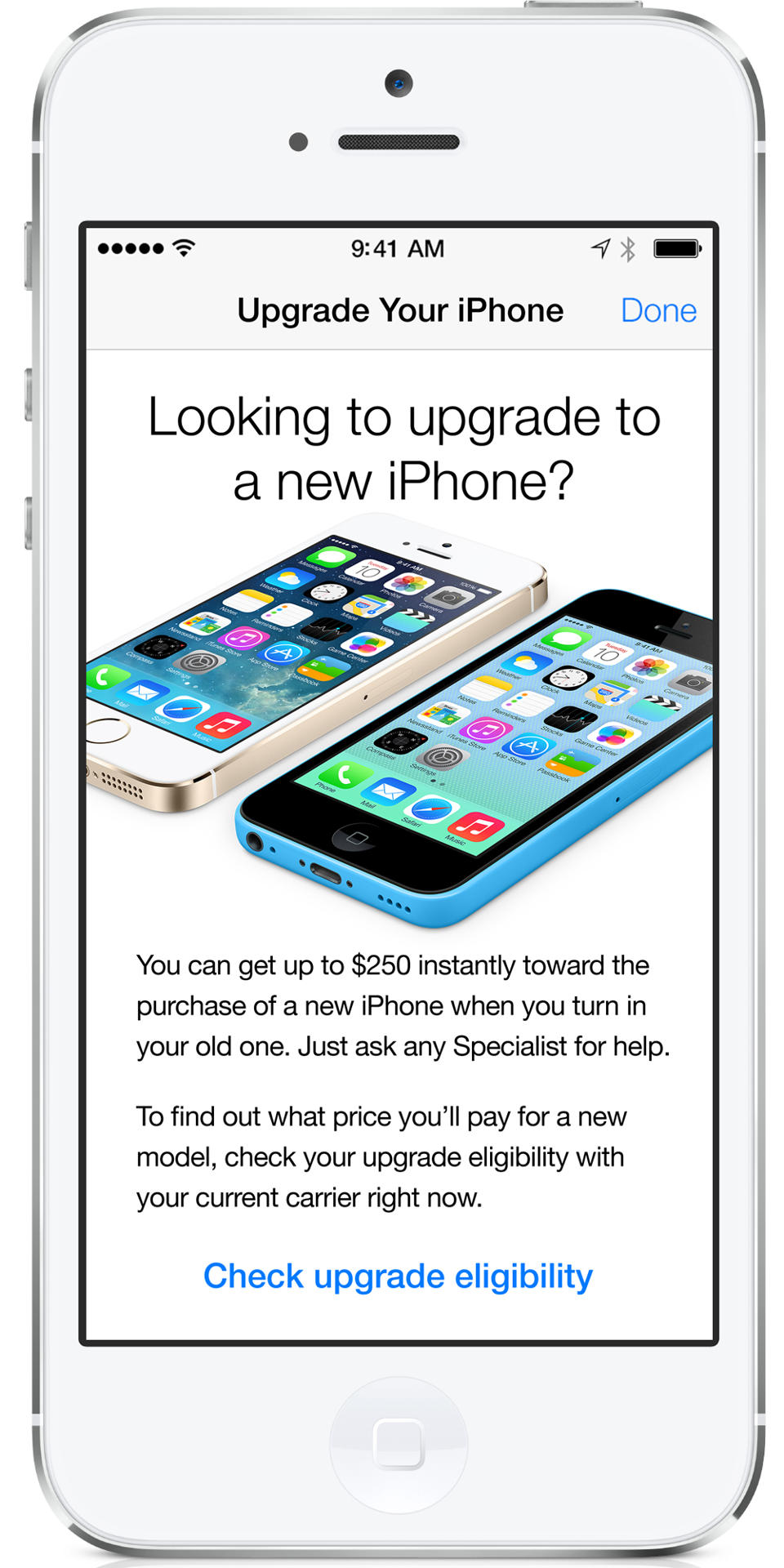 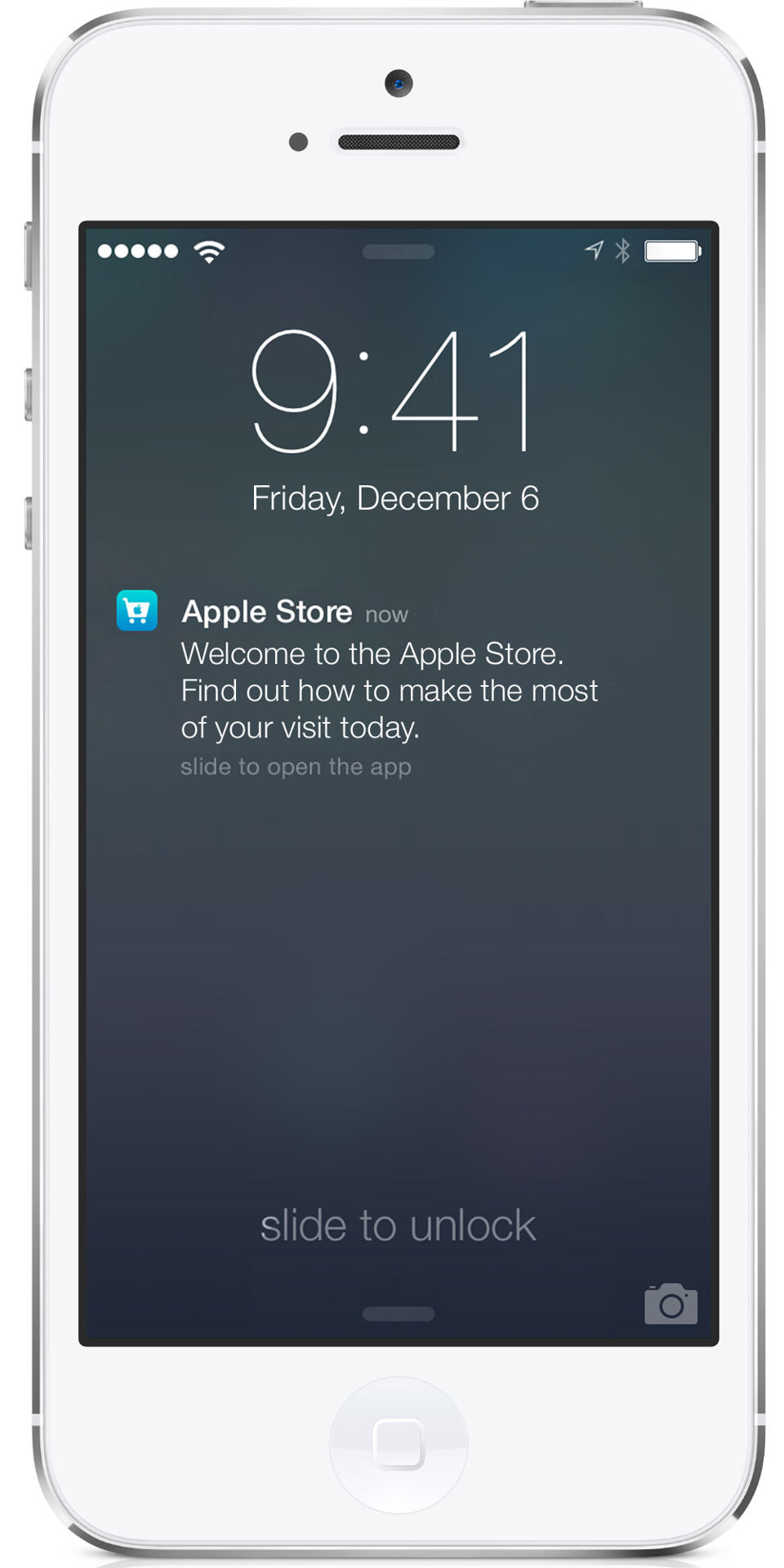 Using the iBeacon feature, the app will notify you if the computer you ordered is ready to be picked up, for example. Show a clerk your screen with the order number, and the clerk will get it for you.

Walking by an iPhone table?

You may get a message asking if you want to upgrade, check your upgrade availability and see if you can get money for trading in your old phone.

The report states that Apple will start using iBeacons at its 254 U.S. stores. 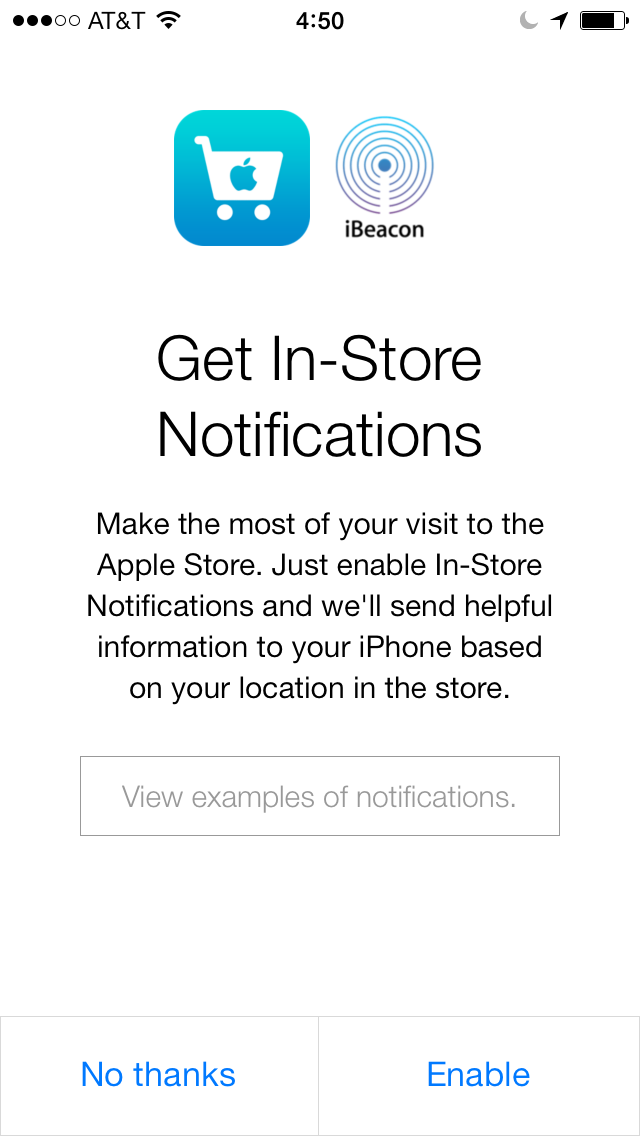 Part of iOS 7, iBeacon is basically an indoor positioning system based on Low Energy Bluetooth (BLE), also known as Bluetooth 4.0 or Bluetooth Smart. By using the pervasive transmitters, the iBeacon system can send push notifications to iOS or Android devices within close proximity.

Major League Baseball will soon start implementing iBeacon in its MLB.com At the Ballpark app to allow for interactive experiences within stadiums, with some retailers like Macy’s already using iBeacons.

In one particular iBeacon implementation, bar patrons are being given free access to Newsstand magazines as a way to upsell customers to digital subscriptions.