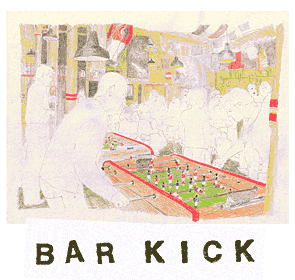 As Apple continues work on implementing the iOS 7 iBeacon technology inside its own retail outlets, third-parties are taking notice.

Case in point: the shopping app Shopkick, which has recently teamed up with Macy’s to deliver the first major retail system based on Apple’s new iBeacon trigger technology.

If you’re not familiar with it, iBeacon is an indoor positioning system based on Low Energy Bluetooth (BLE), also known as Bluetooth 4.0 or Bluetooth Smart. It taps tiny, pervasive transmitters which can send push notifications to iOS or Android devices within close proximity.

These notifications can deliver marketing messages like discounts and some have speculated that iBeacon could even power a new kind of point of sale wireless payment solutions that won’t require NFC.

And now, one company has taken iBeacon presence notification one step further by imaginatively using Apple’s technology to give bar patrons free access to Newsstand magazines and help sell subscriptions…

It’s made even more convenient with the addition of iBeacons on iOS, as the whole digital handshake can happen automatically, providing the user with the best possible and most frictionless experience.

Implementing the iBeacons requires hardware triggers slightly larger than a quarter, which are installed at locations and alert devices in range they can access the full issues covered by the businesses’ subscriptions. But once installed, it’s mostly a fire-and-forget solution.

As this is very much new technology we are showcasing it for the first time at Bar Kick in Shoreditch, London. When in this bar, the soccer magazine ‘When Saturday Comes’ and the fashion and culture magazine ‘Dazed & Confused will be available.

In addition to free magazine samples, the technology can be used to push/sell other digital items, such as concert tickets and much more. As a side note, Major League Baseball will soon start implementing iBeacon in its MLB.com At the Ballpark app to allow for interactive experiences within stadiums.

Exact Editions explains the benefits of its tech:

The benefit is supposedly two-fold for a digital magazine publisher: they can sell subscriptions to businesses and locations, which then expose that publication to their customers, some of whom come away from the specific spot wanting to subscribe to the pub themselves.

It can also give venues like concert halls and stadiums a way to provide patrons with in-house pubs, as an added value thing to help bring them in the door.

It’s easy to imagine businesses of all stripes advertising and selling their digital services based on iBeacon location awareness. For example, doctor offices could alert you of new services and discounts while you’re sitting in the waiting room. 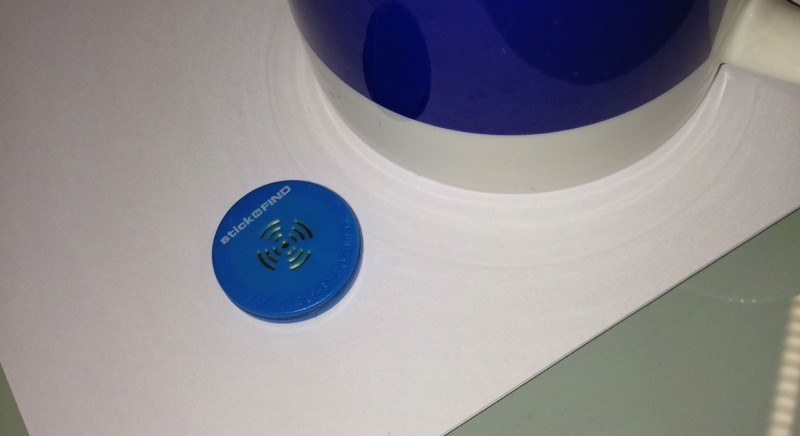 A tiny deployable iBeacon receiver next to a cup of tea.

Exact Editions argues its tech is attractive to magazines with niche audiences, as well as ones that will be particularly associated with corresponding venues.

The advantages for the venues are many.

Perhaps most importantly, a venue can choose its content to suit its audience. For example, cinemas could push free film magazines inside their Wi-Fi zone. The same goes for art avenues that could sell fashion magazines, finance or business magazines and so forth.

The iBeacon also generates statistics on which magazines are most used and when. Moreover, venues can use so-called courtesy panes within the app to show discreet branding for the venue.

“The customer who really enjoys his app and walks out with the app synced to his iPhone has a reason to buy a subscription in iTunes, but he also has a reason to return to the bar where he got some free access,” the company explained.

Due to the iOS 7 redesign and the new ability to hide the special Newsstand Home screen icon into a folder, many people are complaining that digital publications go to Apple’s Newsstand to die as users rarely access that folder.

On top of that, Apple has gradually allowed some apps to use auto-renewable subscriptions outside of Newsstand.