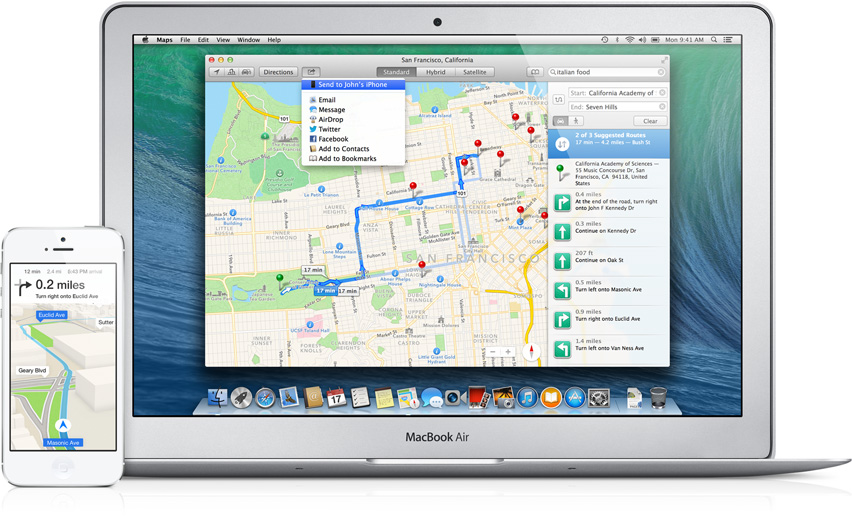 A new report by the reliable blogger Mark Gurman of 9to5Mac has offered new details concerning Apple’s Maps service in iOS 8, the next major iteration of Apple’s mobile operating system for the iPhone, iPod touch and iPad devices, which is expected to be released later this year.

Gurman learned from sources briefed on Apple’s plans that CEO Tim Cook, SVP of Internet Software and Services Eddy Cue, SVP of Software Engineering Craig Federighi and Maps head Patrice Gautier have been leading teams of Apple engineers since former iOS chief Scot Forstall’s departure in order to polish and enhance the service so it lives up to the “incredibly high standard” of Apple’s customers.

For starters, Apple’s focus for the service in 2014 is under-the-hood changes related to the Maps’ underlying data, reliability and user interface.

Apple will upgrade Maps data based on its recent purchases of startups like BroadMap, Embark and HopStop, Gurman writes.

The service will gain new points of interests and new labels to make places such as airports, parks, train stations, bus stops, highways, and freeways easier to find, he claimed.

The cartography design has also been tweaked to be “slightly cleaner and to make streets more visible,” he stated.

More importantly, Apple Maps is understood to have finally gained public transit directions, fixing one of the service’s glaring omissions. This much-welcomed feature reportedly stems from both Apple’s acquisitions and various partnerships.

iOS 8 Maps will be able to tap into train, subway, and bus data and provide enhanced directions to major airports.

The functionality will exist in major cities, such as San Francisco, Los Angeles, and New York, and will expand to other locations across the United States and potentially other countries across the world around the public launch of iOS 8.

Based on the description, the publication has commissioned the following depiction of what transit mapping feature in iOS 8’s Maps should look like. 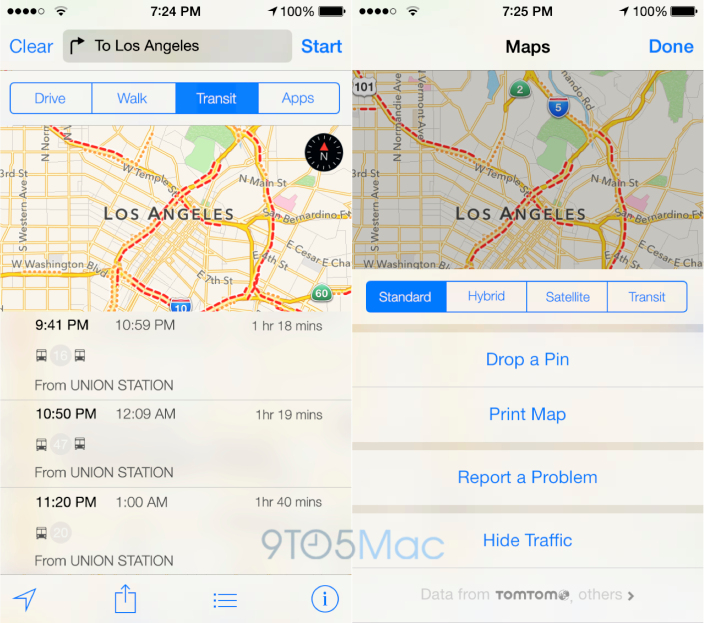 Here’s how choosing transit directions will let you choose between multiple routes:

Each route uses icons to notate the method of transportation (for example, a bus or train). The left side of the route choice panels share the departure and arrival times, and the right side notes the travel time.

The transit view is said to split the screen between the routes list and the map so that users can also visually see the provided routes.

Finally, the story claims Apple’s been hard at work developing “unique ways” for integrating indoor mapping views and enhanced car integration, tapping the iPhone’s compass sensor to lay out nearby points of interest in an augmented-reality manner.

“This feature is likely to surface in the coming years,” Gurman noted. The improved Maps data will be available on Macs via an updated version of the OS X Maps app.

So, what do you make of this?

Will these changes make Apple’s Maps more competitive versus Google’s, do you think?