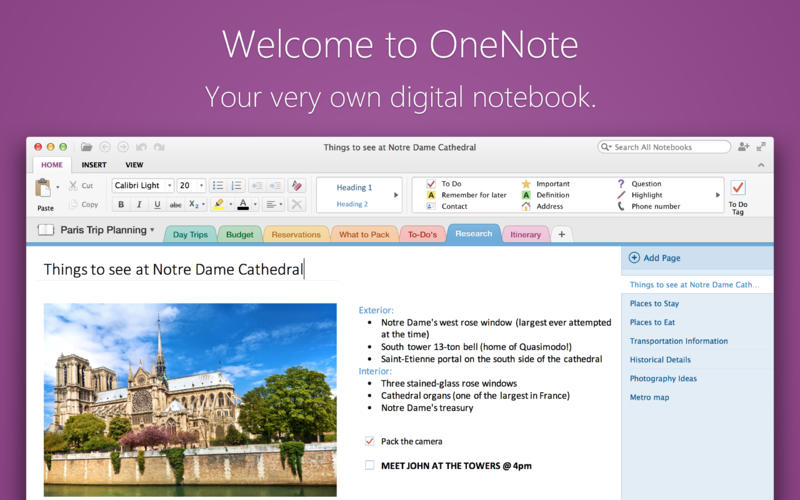 The rumors were true: Windows giant Microsoft has just released its note-taking app, OneNote, for the Mac.

It’s available right now in the Mac App Store free of charge for a limited time and includes a brand new clipper feature akin to Evernote, as well as a host of other capabilities designed to boost your productivity.

As a result, your notes are platform-agnostic, synchronize across all devices, multiple people can collaborate on them and more. The full reveal is right below the fold.

OneNote has been around for nearly a decade, but this is the first time Microsoft is offering the application free of charge, if only temporarily.

If you want to take notes while surfing the web, Microsoft now provides a OneNote clipper browser extensions for its own Internet Explorer browser, Google’s Chrome, Mozilla’s Firefox and Apple’s Safari.

Third-party developers will be able to integrate OneNote clipping into their apps via a Microsoft-provided API. And like Evernote, you can email yourself notes via your unique email account on the onenote.com domain.

OneNote for Mac opens your existing notebooks created in Microsoft OneNote 2010 format or later and saves them to OneDrive, formerly known as SkyDrive. As a reminder, OneDrive gives you at least seven gigabytes of free cloud storage, with additional storage available for Office 365 subscribers.

If your daily productivity depends on quality note-taking software, why note give OneNote a try? You can use the app to capture pretty much anything, from notes for classwork, meetings or research to your shopping lists, itineraries, bills and receipts – whatever pleases you.

A few screenshots for your viewing pleaser below. 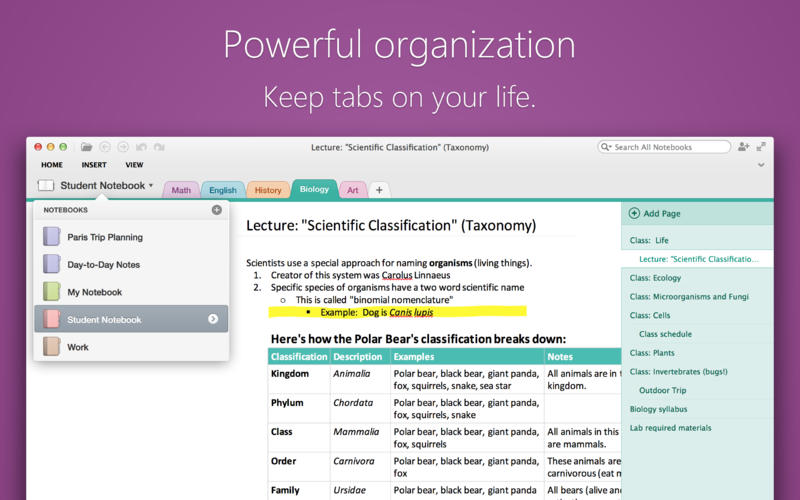 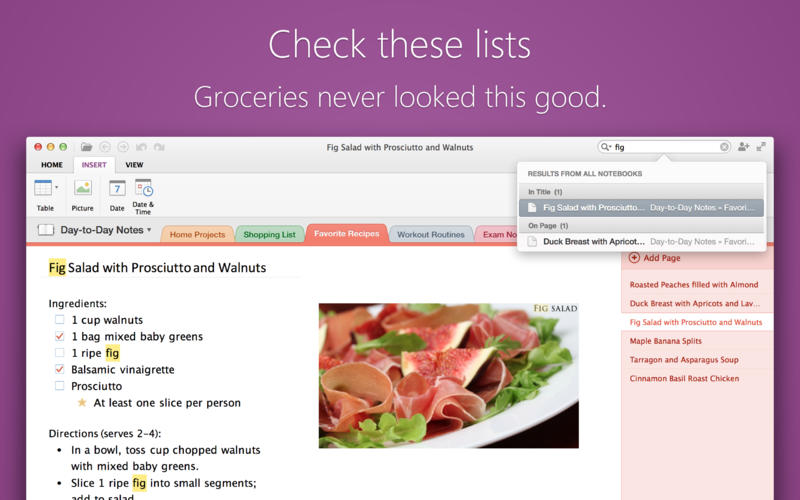 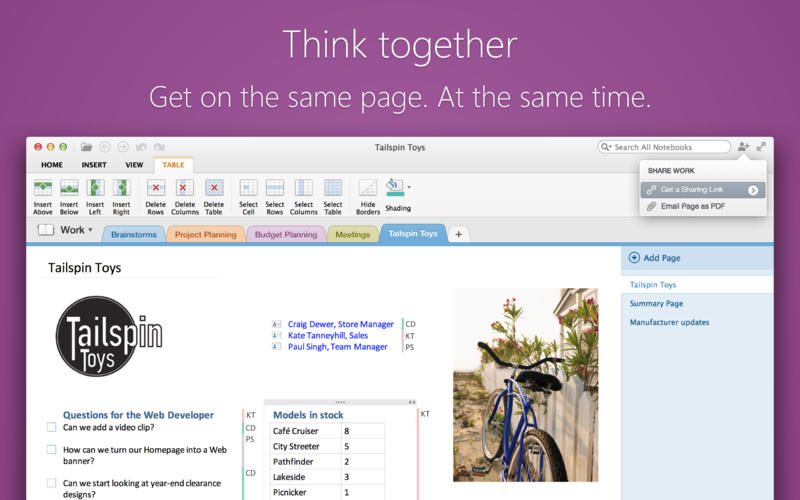 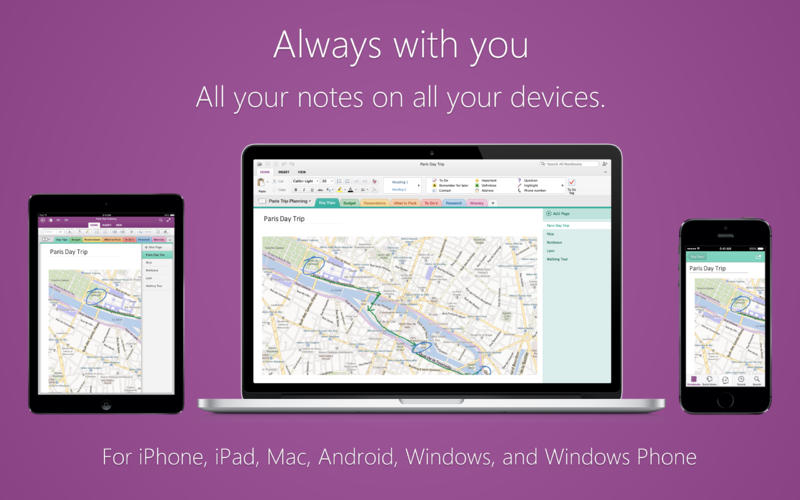 Some of the features include:

Again, the app will be free for a limited time so best act now.

OS X 10.9 or greater is required, along with a free Microsoft account.