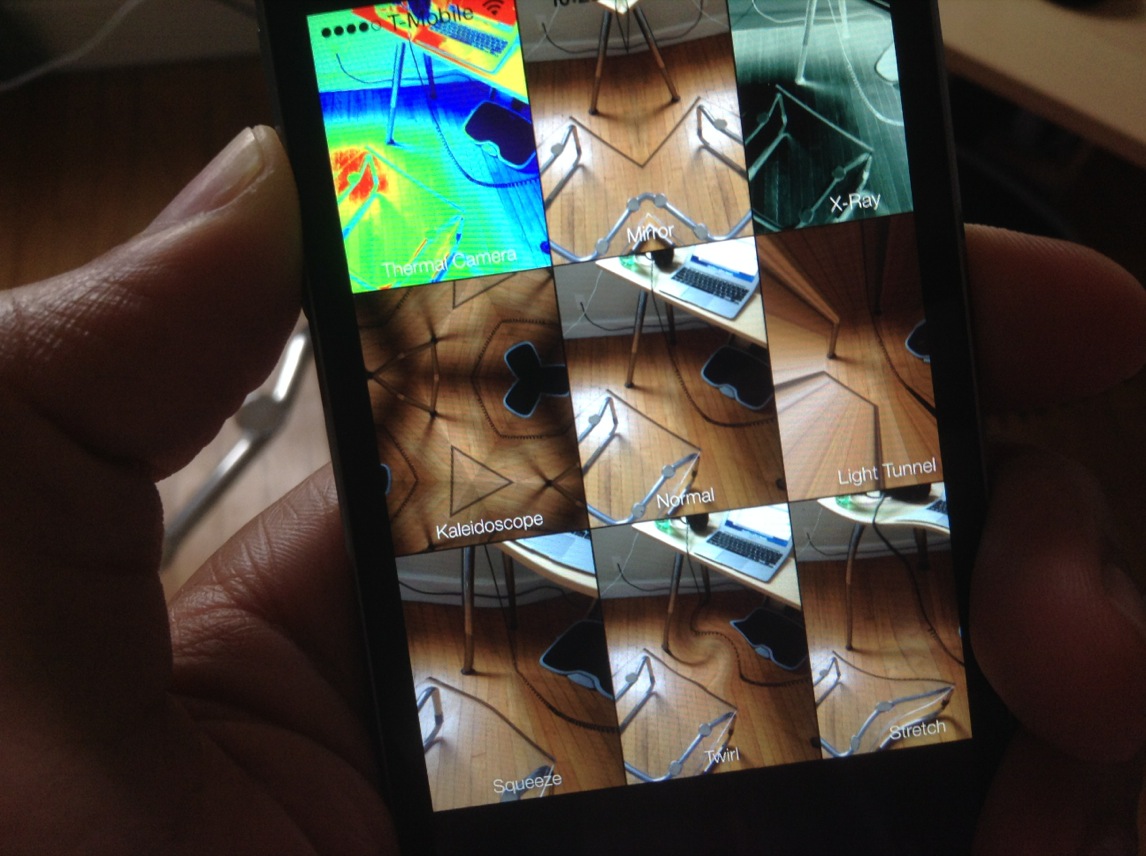 The last Photo Booth port for iPhone that we covered didn’t worked very well. It featured only a handful of effects, and it was susceptible to crashes. To add insult to injury, the legality of such a port has been debated, because it redistributes assets from Apple.

Once you install Photo Booth (iOS 7) for iPhone, you’ll see the familiar Photo Booth app icon on your iPhone’s Home screen. Launching and using the app works just like Photo Booth does on the iPad. This is literally a fully working Photo Booth port for the iPhone, with little to no downsides that I can report.

All of the Photo Booth themes from the iPad version make the cut:

CoolStar did an admirable job of porting Photo Booth to the iPhone in a way that’s almost completely devoid of bugs—he claims it’s “99% bug free”—and legal. The download pulls in the necessary files it needs directly from Apple, so there’s no shady redistribution going on in this Photo Booth build.

Best of all, Photo Booth (iOS 7) for iPhone is a free download, and available publicly on Cydia’s BigBoss repo. Let me know what you think about Photo Booth for iPhone down below in the comments section.