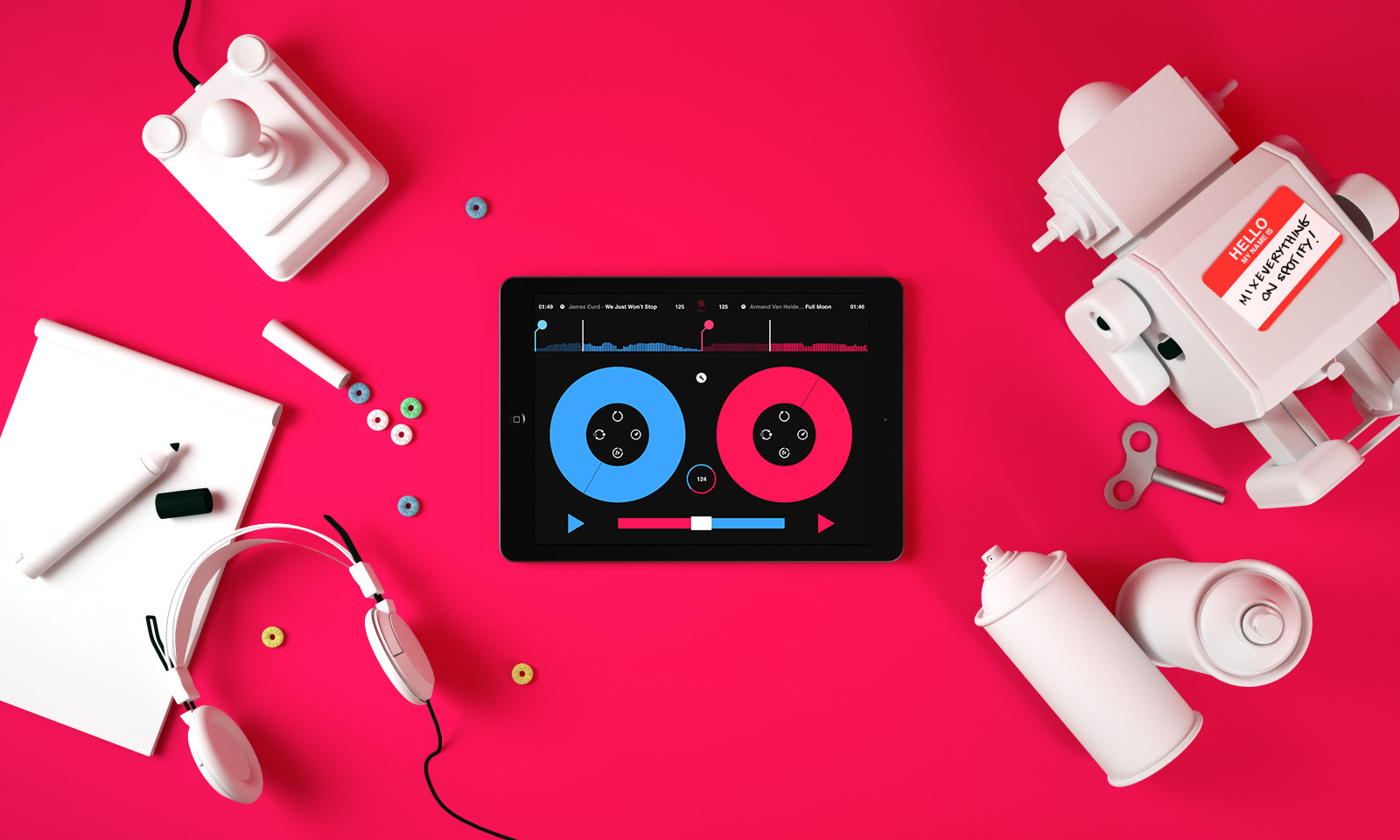 Native Instruments’ Traktor DJ and Algoriddim’s djay may be among the finest iPad apps for DJs in the App Store, but now there’s a new contender in town, a piece of software which lets one mix the 20 million tracks on Spotify. Introducing Pacemaker, the only DJ app with a Spotify connection (don’t worry, it works with your iTunes music, too).

Unlike the aforementioned programs, Pacemaker has a simple user interface that’s somewhat reminiscent of Windows Phone. There are some nice features included, too, that’ll be likely appealing to those who deem Traktor or djay too complex.

Now available as a free download in the App Store, Pacemaker lets you make loops, skip beats, add and arrange effects, swipe to blend your tracks together, scratch like the grandmaster and lots more…

Upon connecting with Spotify – you can also sign up for a free Spotify trial inside the app – Pacemaker will allow you to pick a song from the music service’s catalog of 20 millions tracks and mix along. It’s interesting that Spotify even allows Pacemaker to stream two tracks simultaneously, a first for the Swedish music-streaming service!

If you’d rather mix songs from your iTunes library, Pacemaker supports that, too. In fact, only iTunes allows you to record the mix on the fly in Pacemaker, cue it, rewind it and more as Spotify obviously can’t allow this for licensing reasons. 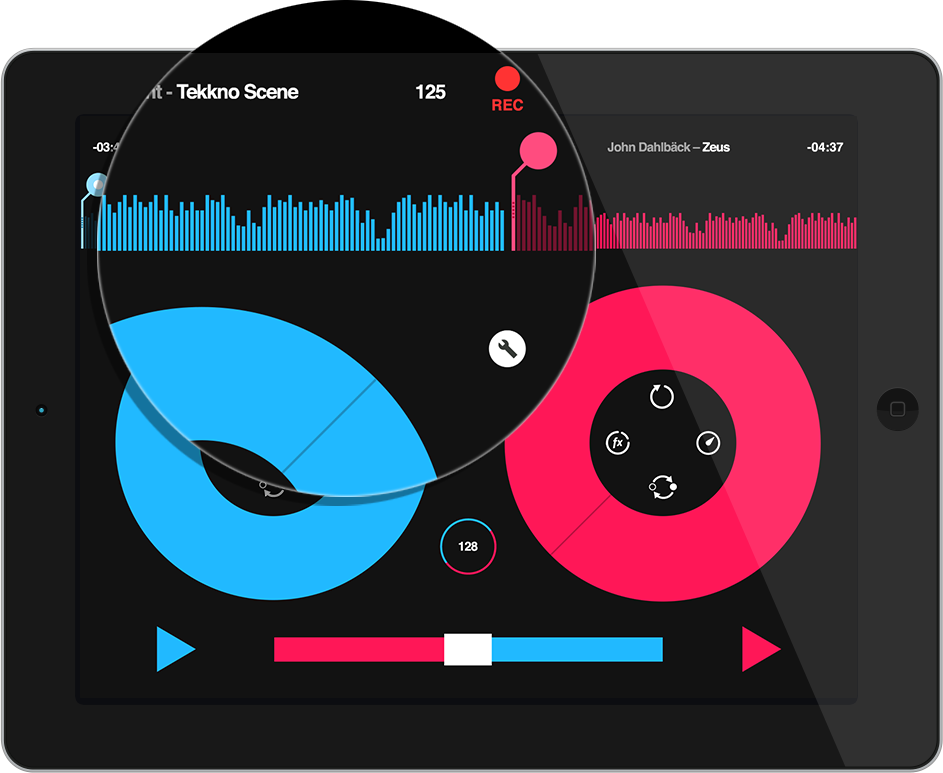 They want to do for music “what FiftyThree did for drawing on the iPad,” developer Jonas Norberg told The Verge, meaning anyone should be able to use the app without having any prior DJ skills.

And if you’re going to be DJing like a pro, Pacemaker supports the optional Urbanears Slussen adapter to split the output and preview a track with the headphones crossfader before blending it into your mix.

The promo video is rather nice, albeit a tad over-the-top.

That radial interface is awesome!

Some of the features include:

MIX IT
Spotify – Connect with Spotify and mix millions of tracks.
iTunes – Your iTunes favorites works too.
Sync – Automatically keeps everything in sync so you don’t have to.
Scratch – Put the needle to the groove and scratch like the grandmaster.
Crossfade – Swipe to blend your tracks together. Voilà! A mix has been born.

LOOP IT
With a tap you can loop it, extend it, half it and re-loop it.

DROP IT
Build it up, maximize the tension and take it through the roof. Everybody’s waiting. It’s time to kill the effects. It’s time to push the Drop button.

JUMP IT
Hop back and forth between the beats in a track to create your live remix with Beatskip.

BLEND IT
Adjust the Bass, Middle and Treble of your tracks and glue them together.

SAVE IT
Record the mix on the fly. Play it, cue it and rewind it (only with iTunes).

PEEK
Split the output and preview a track with the headphones crossfader before blending it into your mix (using the optional Urbanears Slussen adapter).

UPGRADE IT
Pick and choose from a wide range of colorful effects at the Pacemaker Store:
Hi-Lo – Remove the high or low frequencies from your tracks to create a swooping sound effect.
Echo – Echo echo…
Roll – Create a loop that spins on top of a track.
Reverb – Make the track sound as if it’s being played in a small hut or the largest of cathedrals.

More information is available at the official Pacemaker website.

Pacemaker is available free in the App Store.

The download comes in at 43.4MB. An iPad running iOS 7.0 or later is required.

There are six effects available as a $1.99 in-app purchase each – Loop, Hi-Lo, Roll, Echo, Beatskip and Reverb – or you can unlock all of the features via a single $9.99 Value Pack purchase.