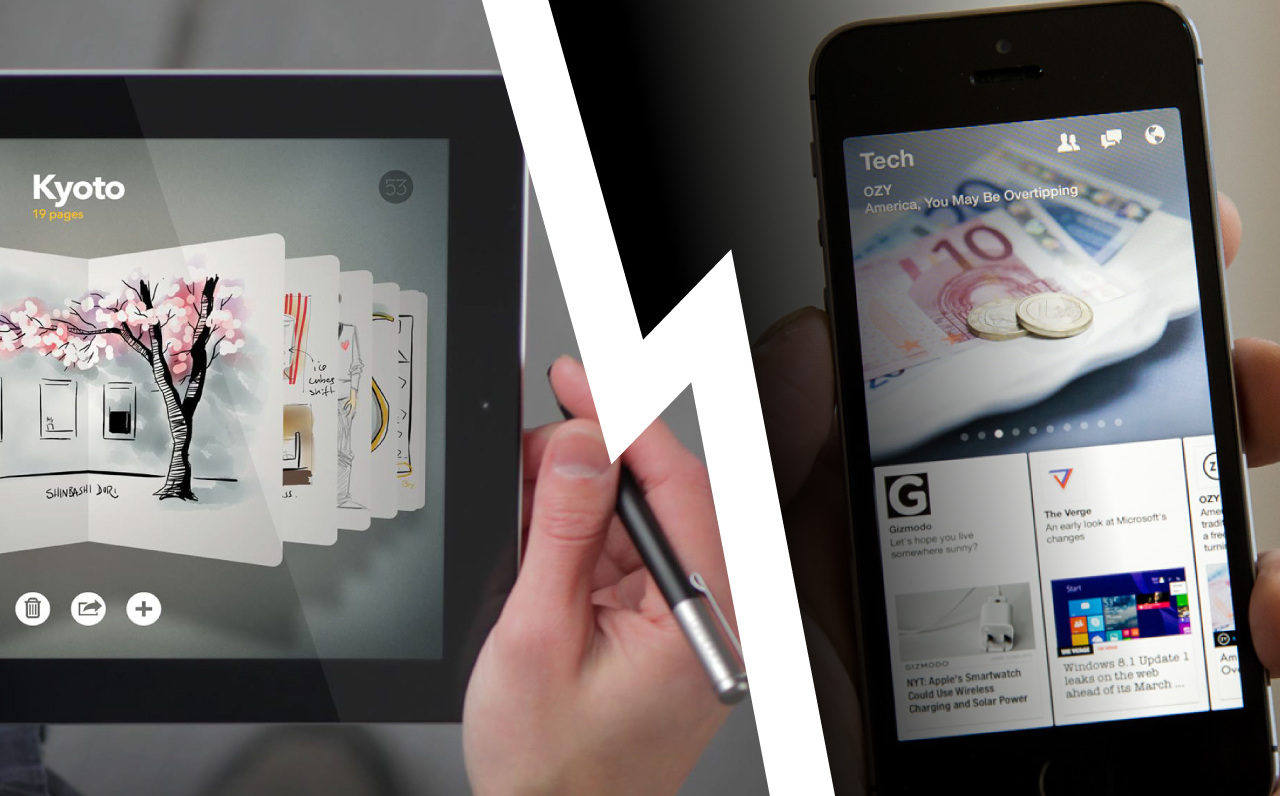 Facebook yesterday released its new Paper for iPhone app, a free download, prompting a swift response from Seattle- and New York-based FiftyThree which slammed the social networking behemoth for ignoring the fact that the Paper name has been associated with FiftyThree’s own iPad drawing program, also a free download from the App Store.

The small startup said Facebook had ignored requests to change its app name even though FiftyThree filed for the ‘Paper by FiftyThree’ trademark with the United States Patent and Trademark Office back in May of 2012.

Not content with Zuck & Co. piggy-backing on the established Paper brand, FiftyThree has now moved to file a trademark for the term ‘Paper’ itself. Grab your popcorn…

TechCrunch discovered that FiftyThree’s trademark application was filed for on January 30, the same day that Facebook announced Paper.

Although Facebook’s andFiftyThree’s Paper don’t compete directly, it’s fairly safe to assume that both apps fall into the same category of “consumer software applications for a mobile device.”

FiftyThree cofounder and CEO Georg Petschnigg said in an interview that his company had applied for the ‘Paper’ trademark on its own, alongside the already-approved trademark for ‘Paper by FiftyThree’.

At this point it’s about asking Facebook to do the right thing. We’re taking a stand for creativity and believe in having a level playing field when it comes to people building their brands and their companies.

He also wrote in a blog post yesterday that his company is “keeping its options open,” alluding at the possibility of a legal showdown should Facebook continue to play dumb.

If FiftyThree chooses to sue, it has a case, according to trademark lawyers Roberto Ledesma and Victor Cardona who spoke to TechCrunch:

Trademarks, to a degree, are use-based. This means that “just by using a mark in a particular field, you’ve got rights,” said Cardona. “Some are state-based and some are federal-based, but if I start using a mark before you in the same area of goods or services, I’ve got rights to the mark over you.”

“We reached out to Facebook about the confusion their app was creating, and they apologized for not contacting us sooner,” reads the blog post. “But an earnest apology should come with a remedy.”

The Verge in its review called Paper “the best Facebook app ever”.

Are you supportive of FiftyThree’s David vs. Goliath stance?