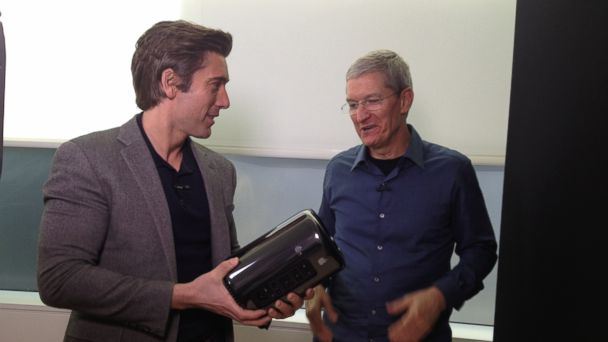 Continuing with the festivities for the Macintosh’s 30th anniversary, ABC News is set to air an interview with Apple CEO Tim Cook on its World News program with Diane Sawyer tomorrow evening.

“ABC has not shared many details about the interview, but based on the image shown above, the Mac Pro will be a point of discussion. “ABC News Anchor David Muir exclusively interviews Apple CEO Tim Cook on the 30th anniversary of the Macintosh and what is next for the company,” ABC says.”

Regardless of what topics are discussed, the interview is significant as Cook rarely makes TV appearances. His last [to my knowledge] television interview was with NBC’s Brian Williams on Dec. 7, 2012.

We’ll obviously be tuning in tomorrow night, and reporting back with anything worth noting. In the meantime, be sure to check out Macworld’s interview with Apple executives on where the Mac is headed.