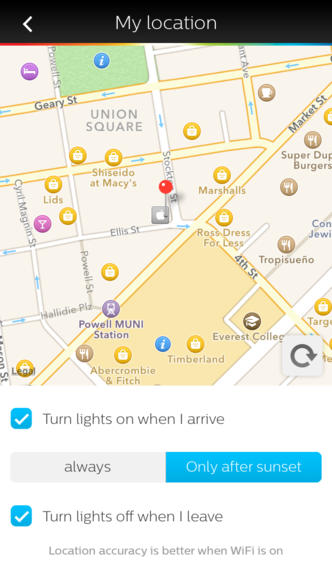 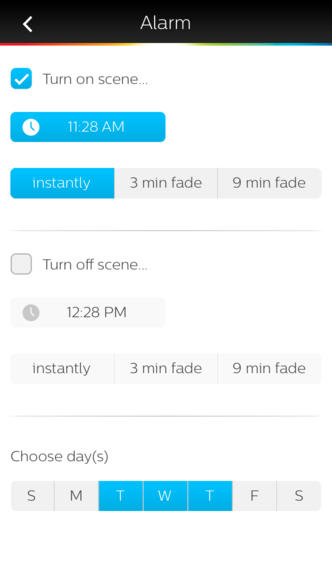 Philips Hue, the pricey iPhone-controlled personal wireless lighting system, has captured Jeff’s imagination with its ability to control lighting when away from the house, turn on lights when pulling into the driveway, set timers to adjust lighting at certain periods during the day, etc.

The companion Hue app, a free download from the App Store, allows you to easily control your Hue lighting through your iPhone with just a few setup steps.

The software was originally designed around a non-standard interface and today got refreshed for the iOS 7 look and feel while adding sidebar navigation, introduction demo and a few other nice-to-haves…

Version 1.2 finally brings the app in line with the overall iOS 7 aesthetics.

Philips Hue 1.2 lets you save the current status of lights as a scene from light control, reorder lights from in-app settings and navigate using the new sidebar menu with support for sidebar notifications. 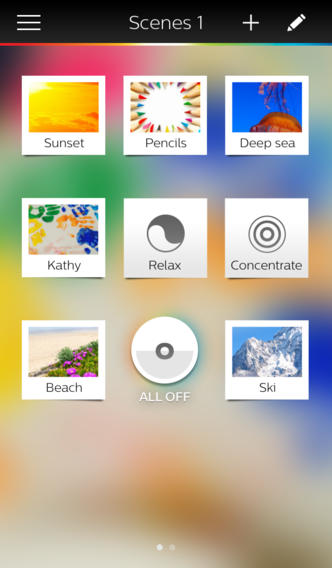 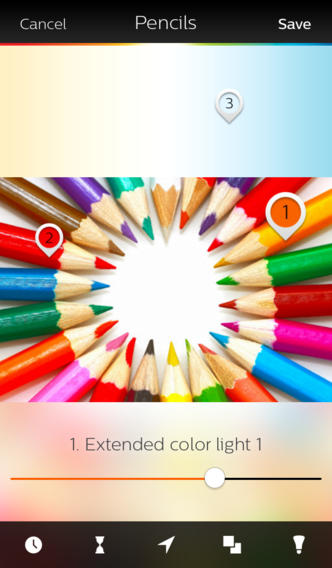 Since releasing Hue in October 2012, Philips has opened up the smart light bulb to third-party app makers via an API (IFTTT supports it, for example) and has expanded the family with the two-meter LightStrips and Bloom, a portable lamp with a 120 lumen LED bulb.

They also announced the tweaked BR30 variant which fits into recessed sockets to create the effect of light shining from a hole in the ceiling.

Philips Hue is available free in the App Store.

The 27.2MB download runs natively on iPhone/iPod touch devices with iOS 6 or later.