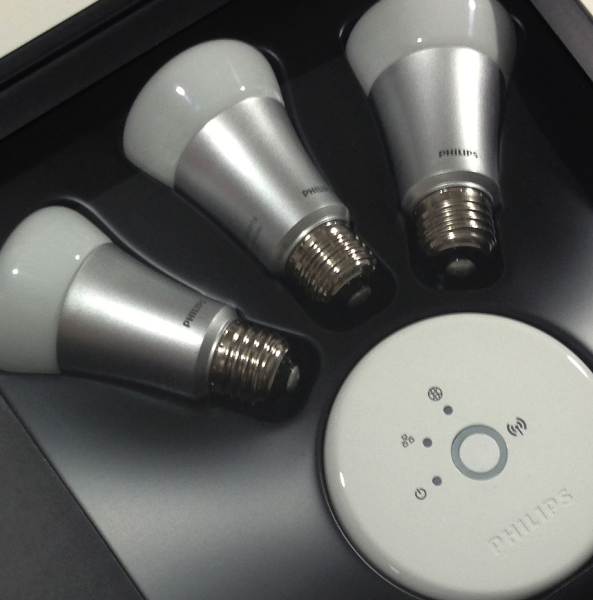 Good news for current and potential owners of Philips’ app-controlled Hue lightbulbs. The company announced this weekend that there is now an official developer program for the popular LED light set.

This means that we can expect to see more innovative third party applications for the Hue system like Ambify, an iOS app released last week that syncs Philips’ lightbulbs with the beat of your music…

For those who are unfamiliar with Philips’ Hue lightbulbs, they are multicolored, LED bulbs that can be controlled by an iOS device over Wi-Fi. They landed in Apple Stores last fall, and have been quite popular.

Below is our video review of the Hue starter kit, which you can read here.

The new developer program is free, and offers up official Hue APIs, as well as a full software development kit. Why would you offer tools for folks to create lightbulb apps? Because they were already doing it.

“We’re now at a point where there are already about 10 applications that have been shared and built from the unofficial developer community for new applications around Hue,” explained George Yianni, Hue System Architect in an interview. “Now what we want to do as Philips is we actually want to help and grow and encourage this community, and give them tools and proper documentation. Also, we want to give them commitment that this is the API and we’re going to support it and it won’t change overnight.”

Good for Philips for recognizing the interest in third party Hue apps and moving fast to get a dev program in place. Most companies don’t recognize the potential in building out a third party app ecosystem.

And there’s plenty of potential here. The aforementioned Ambify app is a testament to that, and the possibilities are endless. Imagine light-based games, or location-based apps that light up a room upon entry.

But even cool third-party software won’t make the average consumer fork over $200 for a measly 3 Hue lightbulbs. So Philips is going to have to really trim the price tag if it wants the accessory to go mainstream.

What are your thoughts here, would you buy Hue lightbulbs if they were cheaper?