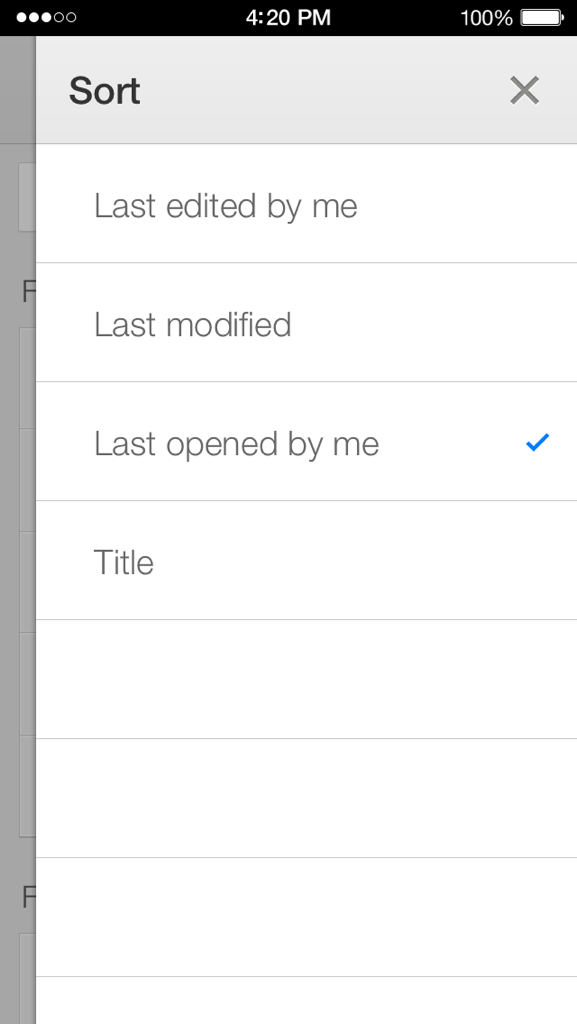 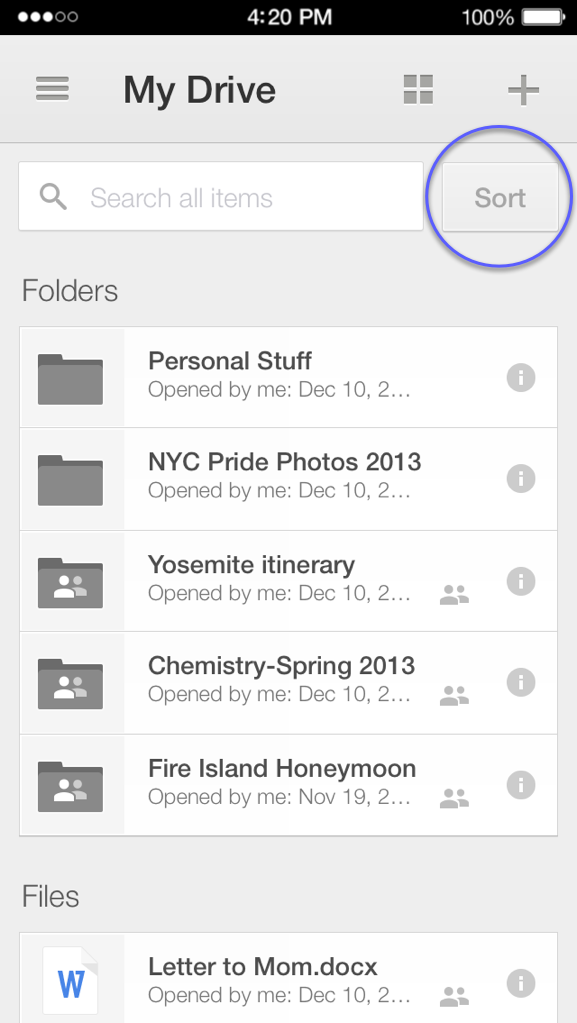 The search monster Google today updated its free Drive for iPhone and iPad app with the much-needed ability to sort your cloud files according to several built-in criteria. The highly requested feature finally makes it easy to access your files by last edited, last modified, title and last opened by you. Additionally, you can also find and replace in documents.

I switched from the native Microsoft Office apps to Google Docs years ago and never looked back. Google’s suite of cloud productivity apps has won me over with its ability to access, edit and share my stuff on any network-enabled computer, right in a web browser, without having to install anything…

In a post over at Google+, the Internet giant called file sorting a useful feature “many of you have asked for”.

I wouldn’t go as far to call myself a heavy Docs users, but consider that yours truly keeps hundreds of documents in the Google cloud. That being said, you could imagine I was among the folks who’ve been long craving for the ability to sort these items in the mobile Google Drive app.

To arrange your files, just use the new Sort button next to the search bar in your Drive list, with presets including Title, Last Opened By Me, Last Edited By Me and Last Modified.

Another useful feature addition: find and replace in Documents.

In addition to file-sorting and find-and-replace, the new Google Drive 2.2 app contains a few under the hood stability improvements.

The universal binary weighs in at 42.2MB and supports iPhone, iPod touch and iPad devices running iOS 6 or later.

For those wondering, Google gives you fifteen gigabytes of free shared storage shared for Drive, Gmail and Photos.