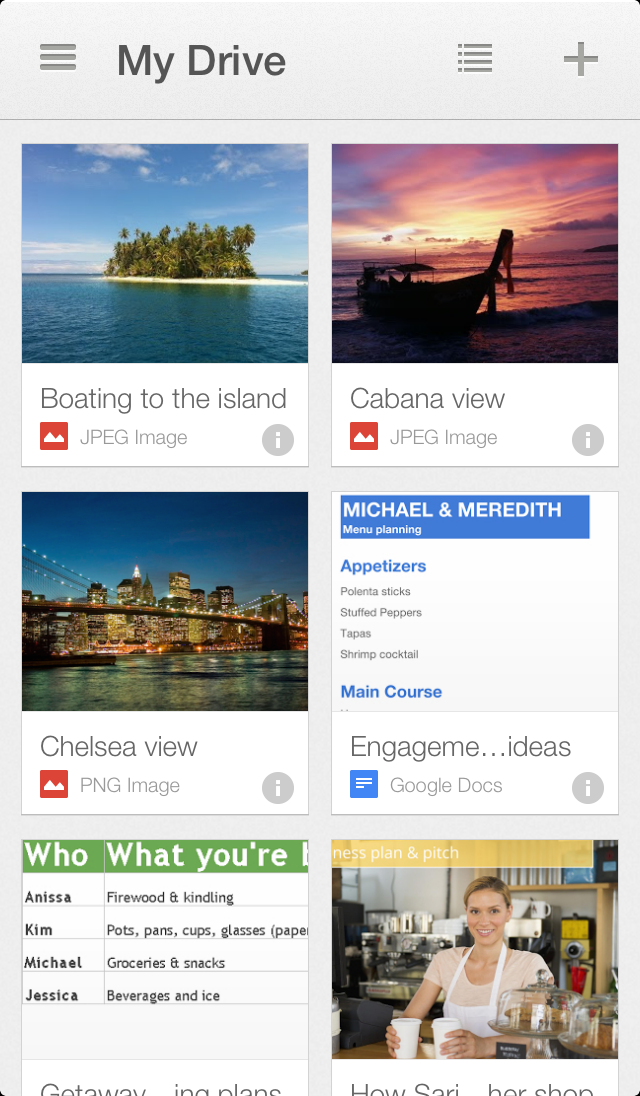 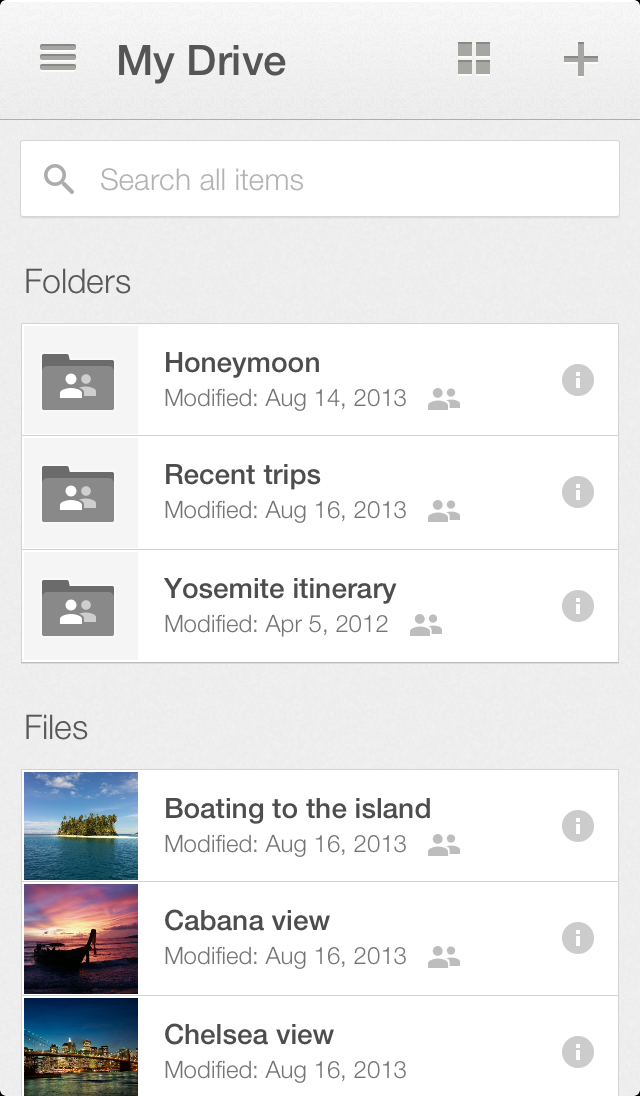 With just five days left until Apple’s big iOS 7/iPhone 5S/5C big reveal next Tuesday, a bunch of iOS 7 focused updates have begun trickling in. Some of the most popular apps from both Apple and well-known brands like PayPal are now being refreshed with a matching flat iOS 7 look and feel, including major games such as Electronic Arts’ Real Racing 3.

You can now add Google’s Drive app for the iPhone and iPad to your iOS 7 compatibility list. You’ll immediately notice a drastically redesigned interface that behaves much like its Android counterpart, without looking out of place on iOS 7.

Along with a few other enhancements, you’re going to absolutely love the card-style thumbnail layout from Android as it makes it dead easy and fun to browse and preview your files – and it looks even more gorgeous on the iPad.

Jump past the fold for additional facts…

If you don’t like the card-based view, simply switch back to the traditional list view. I’ve always hated how Google Drive mixes together my files and folders with no apparent logic. Today’s update fixes that, too, as the files and folders are now grouped intuitively.

Announcing the new version in a post on the official Google Drive blog, the team confirmed users can also view and edit all files in landscape mode on both the iPhone and iPad.

The search box is now (finally) front and center.

“And remember, Drive search recognizes objects in your images and text in scanned documents,” thanks to visual recognition algorithms, Google says. It’s a great little time-saver: instead of sorting through possibly hundreds of photos, just enter the phrase “Statue of Liberty” to filter only the corresponding photos with the Statue of Liberty on them. 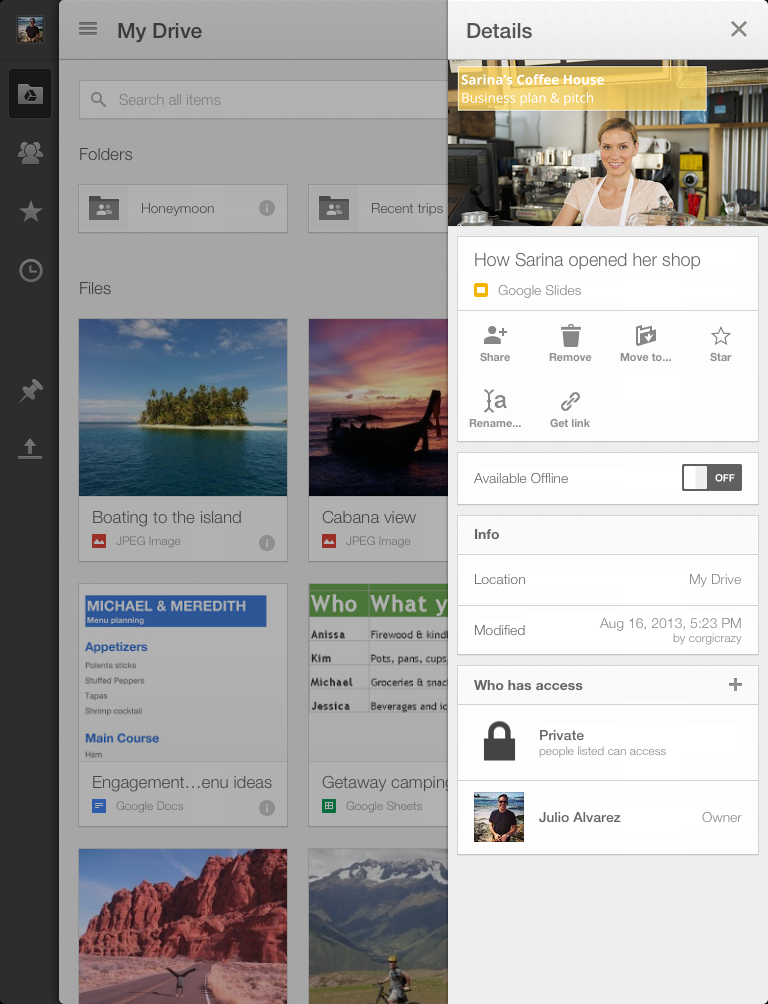 Sharing files via custom URLs is now easier than before, too.

From your list view, tap a desired file and visit its details pane and hit the Get Link to automatically copy the file’s URL to your clipboard. Details pane lets you do other things, like move the file into one of your Drive folders or share it with others Google users.

Naysayers may finally appreciate the iOS 7 design changes after seeing these iOS 7 focused third-party app updates. Hopefully all your favorite apps will be iOS 7-ready after Apple launches the mobile operating system update next Tuesday.

This Drive update should be hitting the App Store any minute now.

You can download Google Drive free from the App Store.