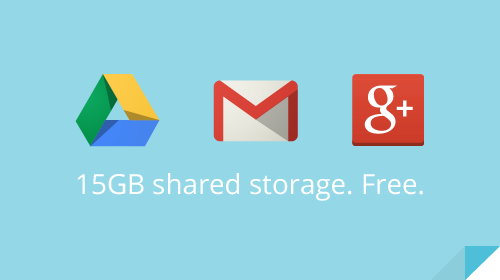 Hands up who lives in the Google cloud. If you keep your images on Google+ Photos (formerly Picasa Web Albums), manage documents in Google Drive or file messages with large attachments in Gmail, you are tapping the power of Google’s cloud storage. But up until today, each of these relied on their private cloud locker in the sky, which was inconvenient.

The change strengthens the Drive brand while simplifying things for consumers, akin to Apple’s iCloud that comes with five free gigabytes of shared cloud storage…

Clay Bavor, Google’s Director of Product Management, explains in a post over at the Gmail blog how the combined storage space simplifies life for consumers:

For example, maybe you’re a heavy Gmail user but light on photos, or perhaps you were bumping up against your Drive storage limit but were only using 2 GB in Gmail. Now it doesn’t matter, because you can use your storage the way you want.

This is important because previously a 25 GB paid Gmail upgrade was only usable in Gmail. From now on, any additional storage you purchase in Gmail also applies to Drive and Google+ Photos.

You can manage your Google cloud storage and purchase more, with plans starting at $4.99/month for 100 GB, using the Drive iPhone/iPad or Android app, or by visiting the Google Drive storage page, pictured below.

There, you can check out how your combined storage space is used by Gmail, Google+ Photos and Drive, buy additional storage and see other stats. 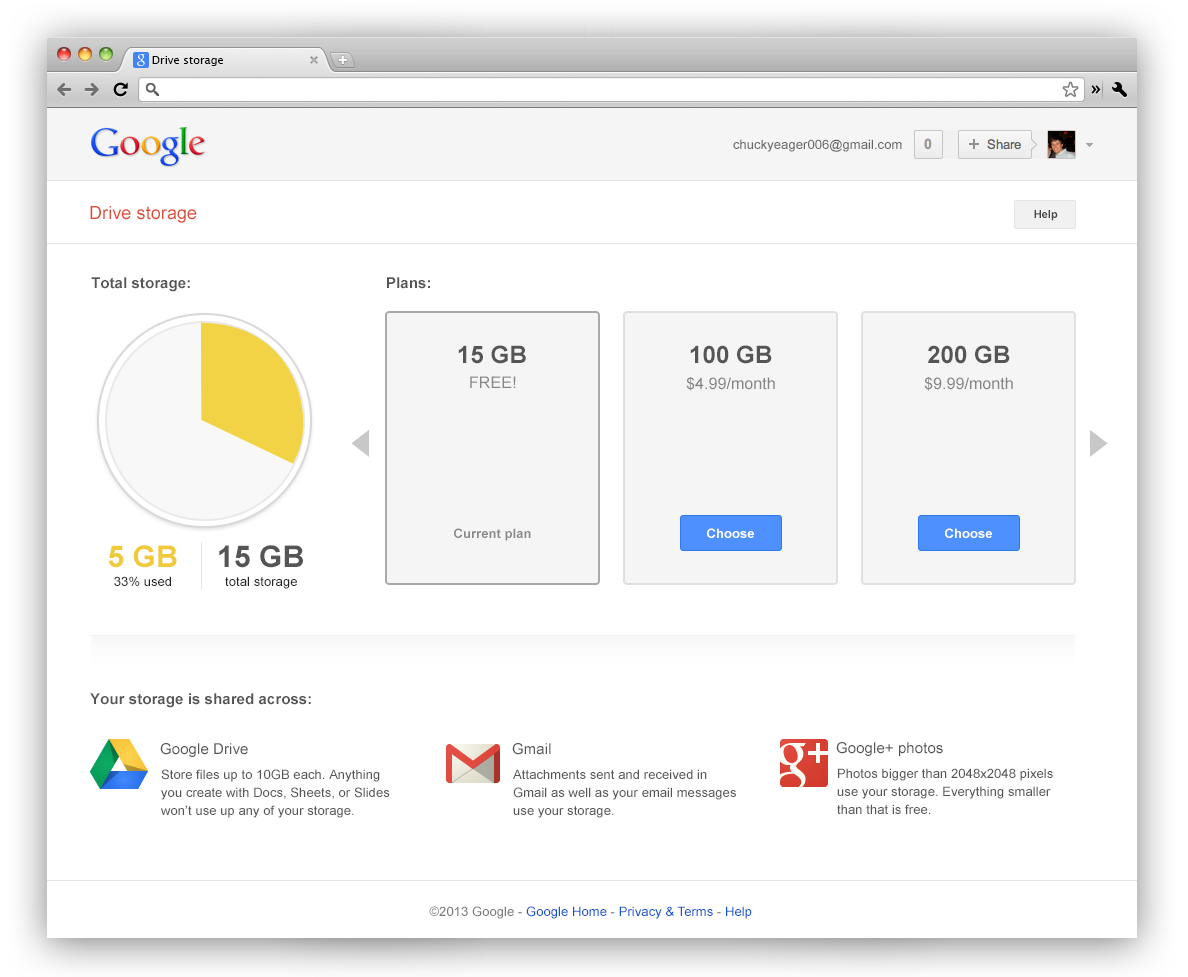 Don’t panic if you don’t see these changes yet – Google will be rolling updates to both the Google Drive storage and web interface “over the next couple of weeks.”

Even though I file as a heavy Gmail user, I really don’t use Drive much – Dropbox takes care of pretty much all my file syncing needs. But when it comes to photos, I fell in love with Google+ Photos as a viable Flickr replacement.

On a final note, Apps users will be happy to know Google has bumped up each of their accounts to thirty gigabytes of free storage shared across Gmail, Drive and Google+ Photos.