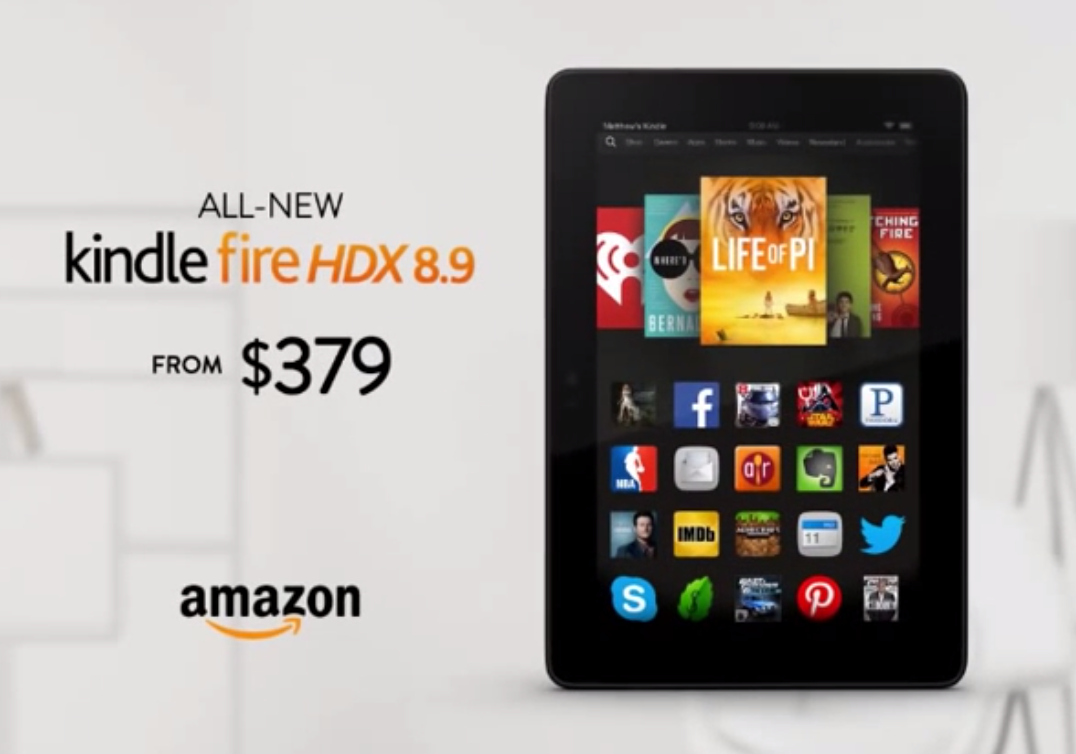 They say the more successful you are, the bigger the target on your back gets. And that appears to be true with Apple and its iPad, as Amazon joins Microsoft and others in taking the popular tablet to task via TV spots.

In its latest commercial for the Kindle Fire HDX 8.9, the ecommerce giant compares its slate to the iPad Air. And if we’re not mistaken, it sounds like the man with the smooth english accent is supposed to be Jony Ive…

This is the magical new iPad Air with Retina display

And this is the new Kindle Fire with an HDX display. It has nearly a million more pixels than the iPad Air

The video is very similar to some of Microsoft’s earlier anti-iPad ads, and reminiscent of Apple’s old ‘I’m a Mac’ campaign. I’m still not sure this is the right way to go, but at least Amazon actually shows the HDX in the spot.

Perhaps the most interesting thing about the commercial is that the man with the iPad Air is very clearly meant to be mocking Jony Ive. Ive has long avoided the spotlight, but is quickly becoming a public figurehead at Apple.

Amazon introduced its Kindle Fire HDX tablets in September, and although there’s been no indication of how they are selling, a report from DisplayMate did find that its display is better [overall] than the iPad Air’s.