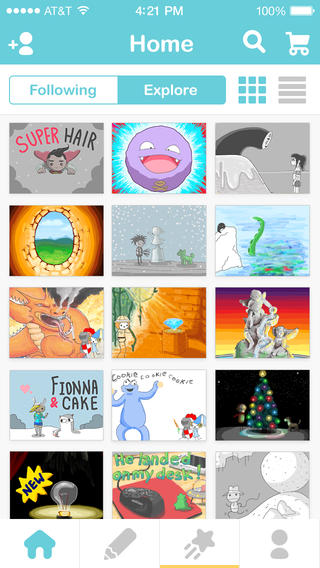 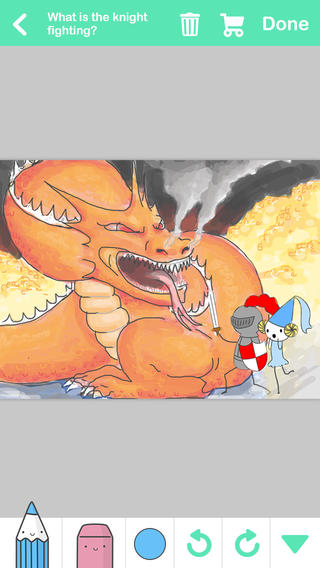 Similar to DrawSomething, DrawQuest taps your inner artist by issuing daily drawing challenges where you’re asked to complete incomplete drawings. The catch: you’re only allowed to use the tools provided. Novel concepts like DrawQuest and DrawSomething tend to blow up, fast.

DrawQuest is no exception – the app’s amassed some pretty ardent following. Needless to say, fans have been clamoring for an iPhone version from day one and today Poole’s little enterprise has finally delivered.

Yes, DrawQuest for iPhone (and iPod touch) is here and it’s brought with it some new features, including pinch-zooming on your canvas and the ability to create and share your own drawing quests…

We’re pleased to announce that DrawQuest is now available for iPhone and iPod touch devices running iOS 7. We couldn’t be more excited about expanding the DrawQuest community to mobile devices. Drawing, browsing, and everything else has been reimagined for mobile, so be sure to check it out!

Other notable new features: zoomable canvas (use the pinch gesture), custom drawing quests shareable with friends and a new brush called Patty the Paint Can that colors the whole canvas in a cinch. Almost forgot: the app is now a universal binary and optimized for the flat iOS 7 appearance.

Now, some folks may find the existing color scheme a little uninviting in iOS 7 (see the screenies below). I’d say it’s just a matter of personal taste. If you didn’t find the color choices in the iPad version distracting, you’ll feel right at home in DrawQuest 3.0. 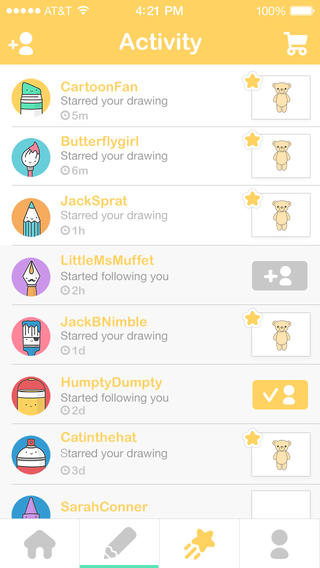 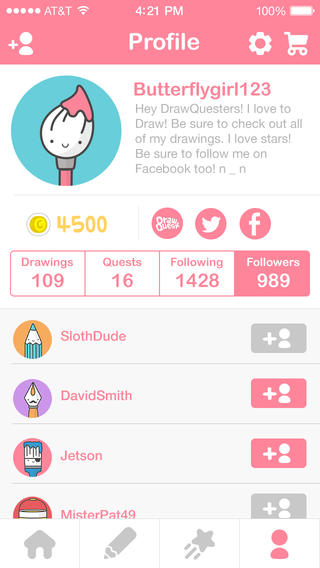 Now on iPhone and iPod touch
We’re pleased to announce that DrawQuest is now available for iPhone and iPod touch devices running iOS 7. We couldn’t be more excited about expanding the DrawQuest community to mobile devices. Drawing, browsing, and everything else has been reimagined for mobile, so be sure to check it out!
Create your own Quest
Feeling inspired? Now you can create and share your own Quests. Your followers will receive drawing challenges that you create in DrawQuest. Start Quests for fan art, family hangouts, drawing games—anything. We’re can’t wait to see how you make use of this creative platform. You can create Quests on iPhone and iPod touch today, and it’s coming soon to iPad!
Zoom in for detail
We’re pleased to deliver one of the most requested improvements: a zoomable canvas, so you can get really fine detail in your drawings.
Introducing Patty the Paint Can
Get your fill with this new brush! Polly fills up the whole canvas, making it a cinch to color the background.
Redesigned for iOS 7
Whoa, it’s a whole new look! We went back to the drawing board and redesigned DrawQuest from scratch. We hope you’ll love it as much as we do.

DrawQuest is available free on the App Store.

The 17.7MB download is now universal, for those wondering.