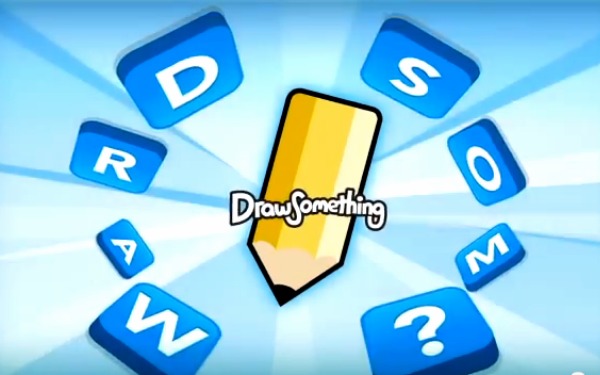 There always seems to be one game that really stands out on the App Store, like Angry Birds or Stick Wars. However, the game that’s all the rage these days is five week old Draw Something. The game has seen phenomenal growth, and it seems like everyone is playing it these days.

The developers behind the app, OMGPop, have released the latest numbers for Draw Something. The game has already been downloaded 20 million times and is generating a whopping six-figures a day in revenue…

For those unfamiliar, Draw Something is very similar to Pictionary, allowing friends to draw pictures for each other and guess between them. The game is available in two versions, both of which are both iPhone and iPad compatible: a free version with ads and a $0.99 version without ads.

Perhaps giving Draw Something the brute of its success, is the fact that it’s played between two people. Many games, like Angry Birds, are only typically played by one person.

Draw Something is seeing particular success amongst the high school age. The game’s deep Facebook integration creates a word of mouth effect, that gives the game tons of publicity. It seems like everyone is playing it at my high school.

OMGPop’s CEO Dan Porter told Business Insider that the company is generating six-figures a day in revenue. Being available in 79 countries, the team of 40 is having trouble keeping up with the growth. On March 12th, 2,400 pictures were being drawn per-second.

This app certainly has to be one of the fastest growing of all time. Draw Something is available on the App Store for $0.99.

Do you play Draw Something?