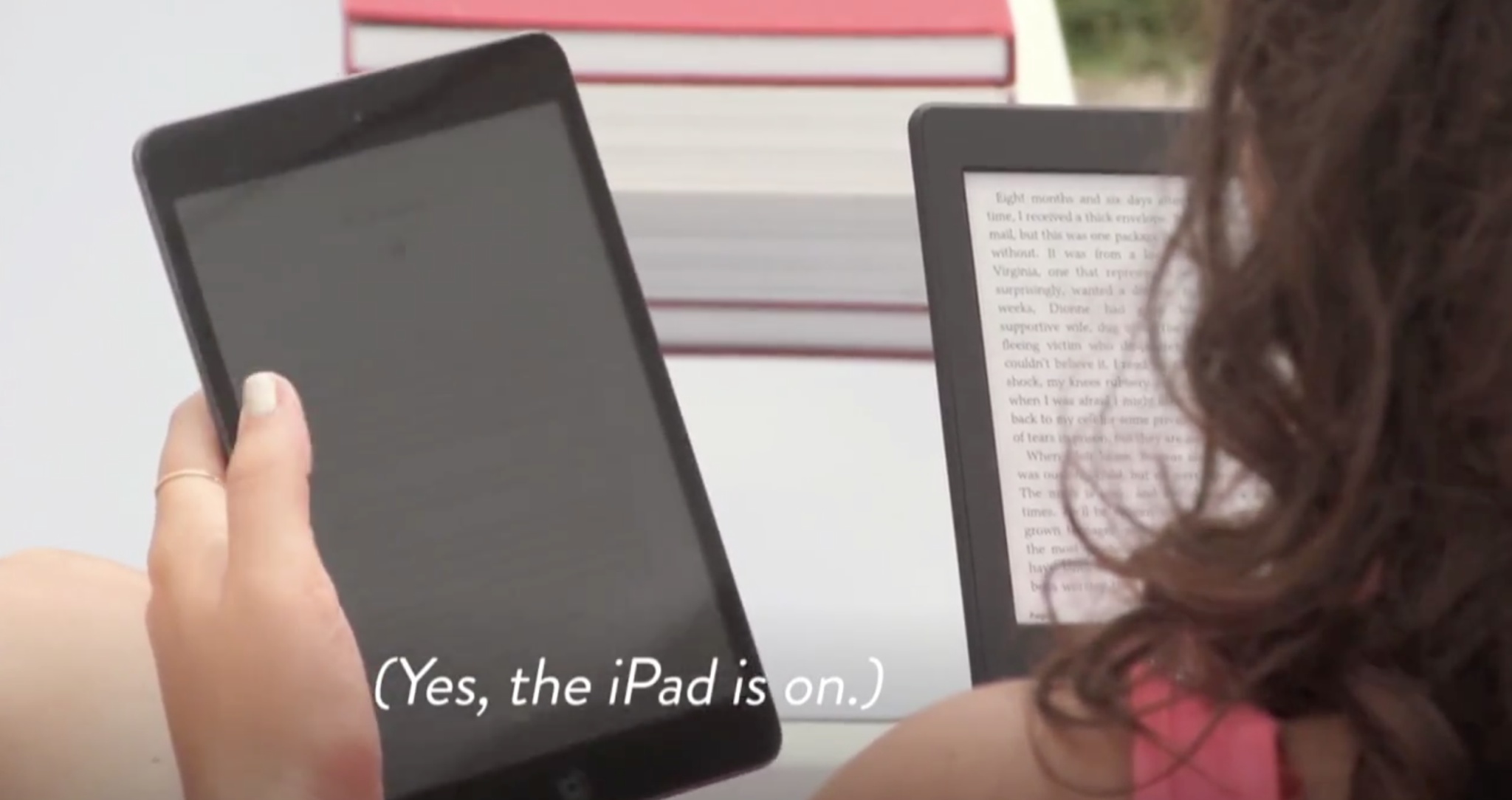 On the surface, Amazon is seemingly supportive of Apple’s iOS platform as the company updates its various iOS applications on a regular basis – even if it’s just a courtesy to its iOS-loving users who want to enjoy Amazon services on their iPhone and iPad.

Scratch a little deeper and all hell breaks loose.

For starters, the online retailing giant is waging legal battle against Apple over e-book price fixing. And given the two tech titans increasingly compete on hardware, software and services, it’s really no surprise Amazon’s marketing department is taking direct jabs at Apple users every now and then.

This February, for example, the company aired a much-flawed screen comparison video pitting its 1080p Kindle tablet against Apple’s better-than-1080p iPad with Retina display. This time around, an Amazon ad is challenging the e-reading experience on a tablet such as the iPad, versus that on the Kindle Paperwhite.

Have a look right below…

The commercial cleverly exploits the hidden camera concept to supposedly show real people who get to compare e-reading experience under direct sunlight on tablets in general versus the Kindle Paperwhite.

But before you know it, the iPad comes into focus.

Apple’s tablet is used in a scene depicting what appears to be a turned off device, with the suggestive “Yes, the iPad is on” line at the bottom, just in case. It doesn’t get any subtler than this.

Maybe they forgot to crank up the iPad’s brightness level?

And the 15-second version.

By the way, the ad first popped up on the Kindle’s YouTube account back in September 2013 but they’ve just re-uploaded it, likely doubling down on advertising ahead of holidays.

“The iPad is heavier” and the Kindle Paperwhite has “weeks of battery life” and is “as clear as a book”. But iPad also has skinnier bezels and can be used for a million of other things other than e-reading, if I may add.

The number of iPad mentions in the ad: two.

And this is my favorite anti-iPad Kindle ad.

To be perfectly fair, nothing can touch the Kindle when it comes to reading stuff, especially in bright lit environments. The iPad uses the traditional display tech which can’t illuminate the images like the Paperwhite does.

To its credit, the Kindle Paperwhite (the sixth-generation Kindle) features an e-ink display that uses the new Carta display technology and an improved LED light to deliver unmatched high contrast images that look like a printed page, even under direct sunlight. 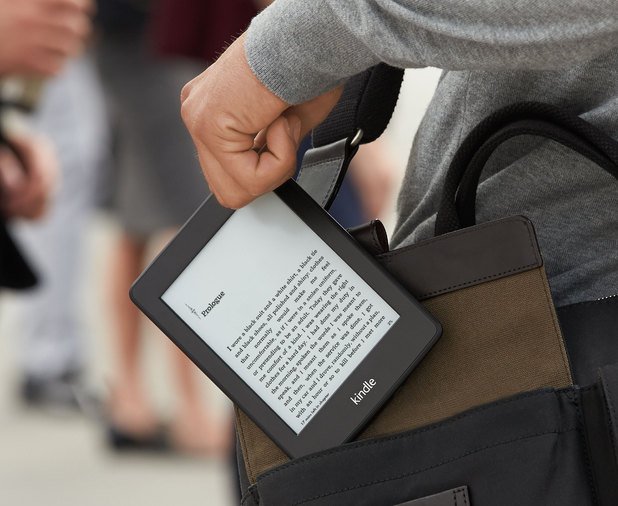 A barrage of tests conducted by DisplayMate Technologies portrays the Kindle Fire HDX as having a better performing screen than Apple’s latest iPad Air. While Apple switched to using Sharp’s power-efficient IGZO panels for the iPad Air, the Fire HDX reigned supreme in terms of such metrics as brightness, screen reflectance, high ambient light contrast and absolute color accuracy.

The Amazon tablet manages to achieve this by using a better performing and even more power efficient low temperature polysilicon screen technology. Dr. Ray Soneira who runs DisplayMate explains Apple is unable to use this tech as it doesn’t scale well to support Apple’s insane volume requirements.

So what did you think of the ad?

Did you find it amusing?

I certainly don’t find it insulting.

The “Yes, the iPad is on” bit may be over the top, but overall the ad is speaking the truth. When it comes to reading electronic books, there’s just no better device for prolonged reading in terms of image quality than the Paperwhite.

Credit goes where credit is due.