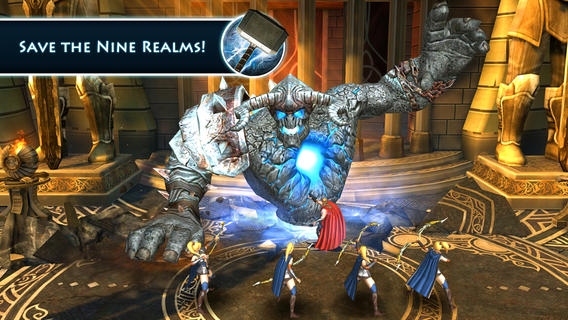 Gameloft’s new ‘Thor: The Dark World’ game hit the App Store this morning and is now available for download. The studio has been teasing the title since it first announced it back in July at the San Diego Comic Con event.

Today’s release comes a week ahead of the Marvel movie of the same name, with which it shares characters and storylines. In the game, you’ll lead the Asgardian forces as Thor on a mission to destroy the 9 worlds… 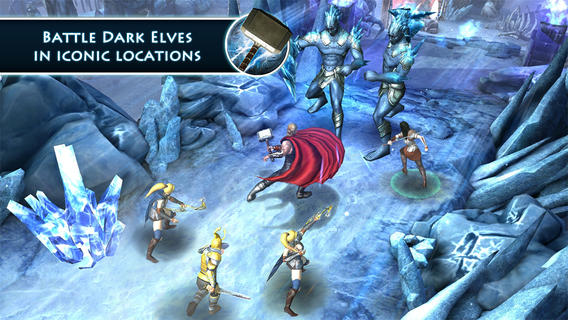 From the game’s App Store description:

“Become Thor, the mighty God of Thunder, in this official action-adventure game!

Malekith, the lord of the Dark Elves and ancient enemy of Asgard, leads an invasion to destroy the Nine Worlds! Thor must race to stop the Dark Elves from plunging the universe into darkness! Join forces with Asgard’s greatest warriors and embark on an epic quest to stop Malekith’s dark ambitions and restore order to the Nine Worlds.”

As Thor you’ll train and fight alongside legendary Asgardians like Sif and Heimdall on 90 fast-paced missions. And along the way you’ll have to encounter and defeat Marauders, Dark Elves, Rock Giants, Jotuns, and other enemies.

We haven’t had much hands-on time with the game yet, but from what we’ve seen so far, the graphics and audio are both amazing. And the gameplay, which mostly follows the usual hack-and-slash control scheme, is fairly sharp.

Have you played the new Thor game yet?