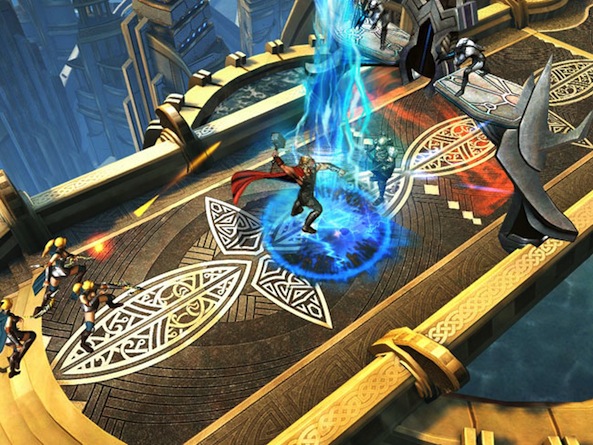 Gameloft and Marvel announced the official tie-in game for the upcoming Thor sequel this weekend. It’s called ‘Thor: The Dark World – The Official Game’ (that’s it’s real name), and it will be arriving on iOS and Android platforms this November.

We don’t know much about the game, outside of its title. But judging by this trailer Gameloft posted this afternoon, it looks like it’s going to feature gorgeous graphics, and the usual hack-and-slash gameplay. We’ve posted the clip after the fold…

The caption of the video reads: “Take the role of Thor! Lead Asgardian forces in the exciting and varied missions against Marauders and Dark Elves and save the world!” Gameloft says it will be a free-to-play title, and offer up more than 100 missions.

From the studio’s blog:

“Thor: The Dark World – The Official Game will allow fans of the franchise to play as one of Marvel’s most iconic Super Heroes in a game of epic scope and beauty.” said Javon Frazier, VP Games Marketing at Marvel. “With this new game, we are further expanding the successful relationship between Marvel and Gameloft.”

Frazier is right, Gameloft is developing quite the relationship with Marvel. It has handled a number of their movie tie-in games, such as Iron Man 3 and Iron Man 2, The Amazing Spiderman and Ultimate Spiderman Total Mayhem. The list goes on and on. 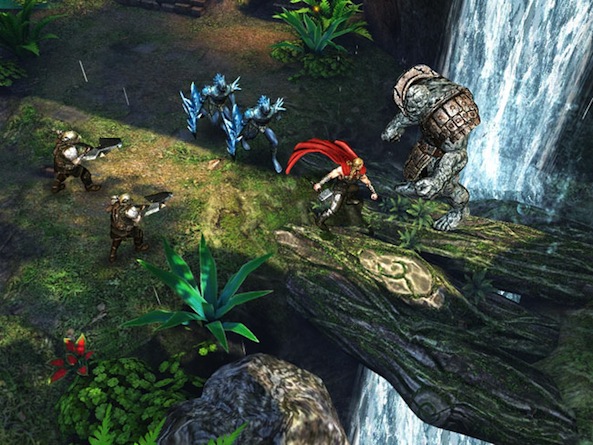 That means that we’re expecting ‘Thor: The Dark World – The Official Game’ to be a good one. No official release date has been mentioned yet, but given that the movie opens in November, we’d say it’s a pretty safe bet that the game will land around then.

So, who’s excited about the new Thor game/movie?