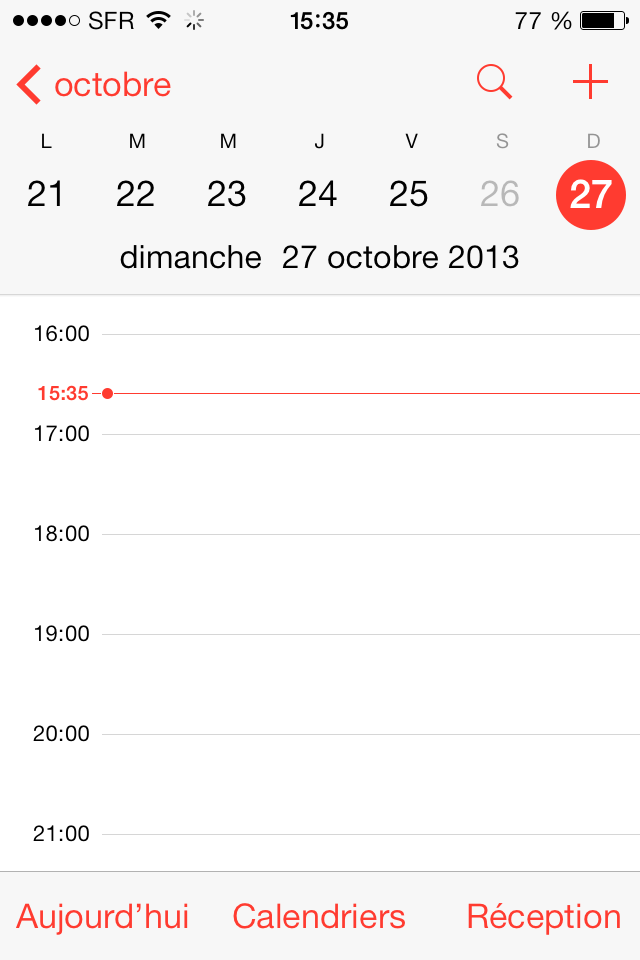 iOS is no stranger to Daylight Saving Times bugs. It could actually be considered a recurring things as we’ve seen several occurrences of Apple’s operating system not properly adjusting to time changes in the past, most notably back in 2010 and twice in 2011.

After all this time, you’d think Apple would have figured out how to properly adjust such a basic feature, but apparently they haven’t. Some French users are reporting today that although the time has adjusted correctly to the country’s DST change, there is still a little bug visible in the Calendar app…

As you can see on the screenshot above, courtesy of my cousin Jérémy, the time displayed in the Status bar is correct, however, the time displayed by the marker in the Calendar app isn’t showing at the right location. Simply explained, iOS is showing the right time but still believes it is on the previous time.

From what we gather, scheduled events are placed on the right time slot in Calendar, and maybe most important, alarms are ringing at the right time, so this might very well be the case of a bug that will again resolves itself out once the US change time next week. If that’s the case, Apple might not release a software update immediately, although I can’t imagine the company not fixing this bug going forward.

We have contacted Apple about this issue and we’ll update the post accordingly if we hear back from the company.

Update: According to French blog iPhon.fr, the problem fixed itself out overnight and the Calendar is now showing the right time marker. However, an issue still persists in the Weather app where the time still is an hour behind.