There’s nothing like a good dogfight between two tech titans to get your blood flowing. After a hiatus from its sniping at Apple, Microsoft is back, calling the decision to offer iWork and iLife software free “no big deal”. Sure Microsoft, whatever you say.

But Redmond didn’t stop there. In a Wednesday blog post, the software giant’s communication vice president paints Apple’s move as desperate, before launching into a rally-round-the-flag sort of promo for the new Surface tablet.

“When I see Apple drop the price of their struggling, lightweight productivity apps, I don’t see a shot across our bow, I see an attempt to play catch up,” Frank Shaw, Microsoft’s Corporate Communications Vice President said.

It just so happens, Microsoft makes its Office suite free on the Surface and new Surface 2. You remember the Surface – it was the tablet that Microsoft couldn’t give away, forcing the company to take a nearly $1 billion write-down.

But why let such trivia get in the way of a public spat.

In the blog post not-so-subtly titled ‘Apples and Oranges’, Shaw ticks off the reasons why the Surface is better than the iPad.

1. The gold standard in productivity sofware – Office.
2. Faster and more precise input methods like keyboard/trackpad.
3. The ability to apps and documents side by side, allowing the comparisons, analysis and synthesis that happens frequently during content creation.

All that’s missing is a PowerPoint presentation.

To be fair, Apple isn’t blameless. 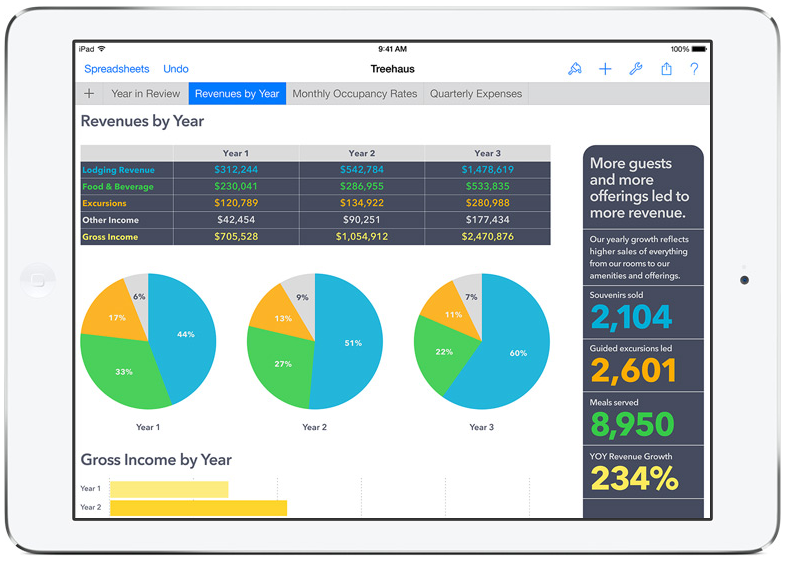 When CEO Tim Cook unveiled new iPads on Tuesday, he poked at Microsoft, even bringing up the whole netbook disaster.

Here’s what he said on stage:

Our competition is different. They’re confused. They chased netbooks, now they’re trying to make PCs into tablets and tablets into PCs. Who knows what they’ll do next? I can’t answer that question, but I can tell you that we’re focused.

All of which caused Shaw to launch into how Microsoft knows “how people work better than anyone else on the planet.”

Apple, on the other hand, is just about time-wasting entertainment. “Give them books, music, videos and games, and they’ll figure out the rest,” Shaw writes. 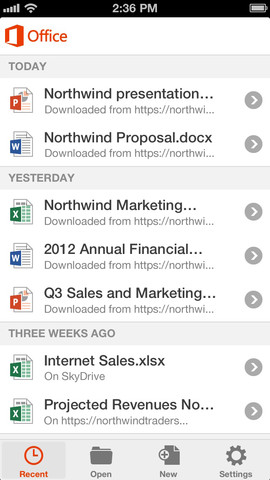 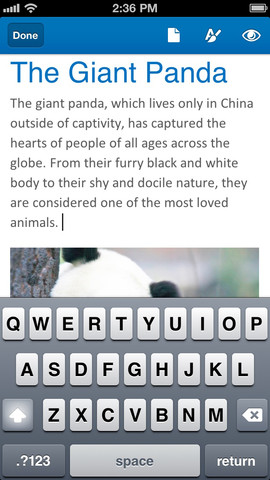 “Now, since iWork has never gotten much traction, and has already been priced like an afterthought, it’s hardly that surprising or significant a move,” he adds, before returning to the Surface build-up.

And it doesn’t change the fact that it’s much harder to get work done on a device that lacks precision input and a desktop for true side-by-side multitasking.

No matter which side of the fence you’re on, that’s a very unusual and knee-jerk reaction on Microsoft’s part, indicating nervousness and insecurity – and I’m putting it mildly.

A free office productivity suite from Apple now that Microsoft is about to finally release the long overdue Office for iPad?

The iPhone Office edition, pictured above, hit the App Store back in June.

At any rate, this has got to be Microsoft’s nightmare come true.

Did Apple touch a nerve, you think?

Also keep in mind that Microsoft’s lead licensing product, Office, is hurting because corporations are not upgrading PCs as fast as previously.

So, Microsoft creates the Surface and includes Office to get people to notice.

Nobody wants the darn things because they’re all buying iPads. Now Apple wants to give iLife and iWork free on iPads, on top of giving away the Mavericks OS upgrade to everyone, free of charge?

This all reminds me of the good old days of Ballmer and friends.