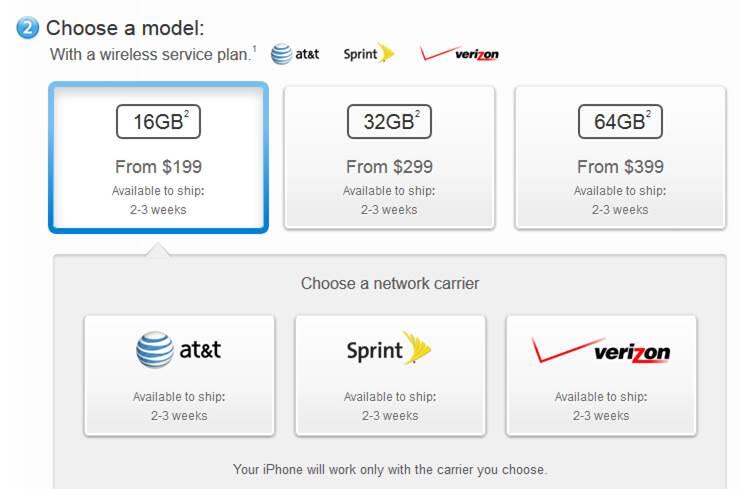 The device immediately appeared sold out as shipping estimates dropped from 1-3 days for the first few hours of availability, further slipping to 7–10 days and again to an ambiguous ‘October’ estimate. And now, the iPhone 5s shipping dates have been revised again, now listed as 2-3 weeks..

The iPhone 5s shipping estimates appear to have been updated for Apple’s online stores in the United States, Canada, Australia and other countries, and for all carriers, colors, and capacities.

As a result of this change, some customers who ordered their iPhone 5s may not see the shipment land at their doorstep before November. In Europe, however, shipping estimates are unchanged and still list ‘October’.

As a stark contrast to the iPhone 5s, its colorful brother, the iPhone 5c, appears to be either suffering from low sales or high supply as U.S. retailers like Walmart, Best Buy, Radioshack and others now offer the device with significant discounts, which has never happened for a “new” iPhone before.

The elusive gold iPhone 5s apparently sold out within minutes after launch. Supplies of the silver model are seemingly somewhat constrained as well, leaving impatient early adopters only with the Space Gray option in most markets.

Currently, both new iPhones are available in the US, UK, Australia, Canada, China, France, Germany, Hong Kong, Japan, Puerto Rico and Singapore. Apple recently announced a major international expansion that will see the addition of more than 50 new markets by November 1.

The company previously acknowledged selling nine million iPhone 5s/5c units during the opening weekend, but refused to break down sales by model. The handsets are now hitting more than a dozen regional U.S. carriers, among them prepaid telcos Boost Mobile and Virgin Mobile.

Tim Cook & Co. are shooting to make the handsets available in 100+ countries across about 300 carriers, an improvement over the 240 carriers that used to carry the iPhone 5.