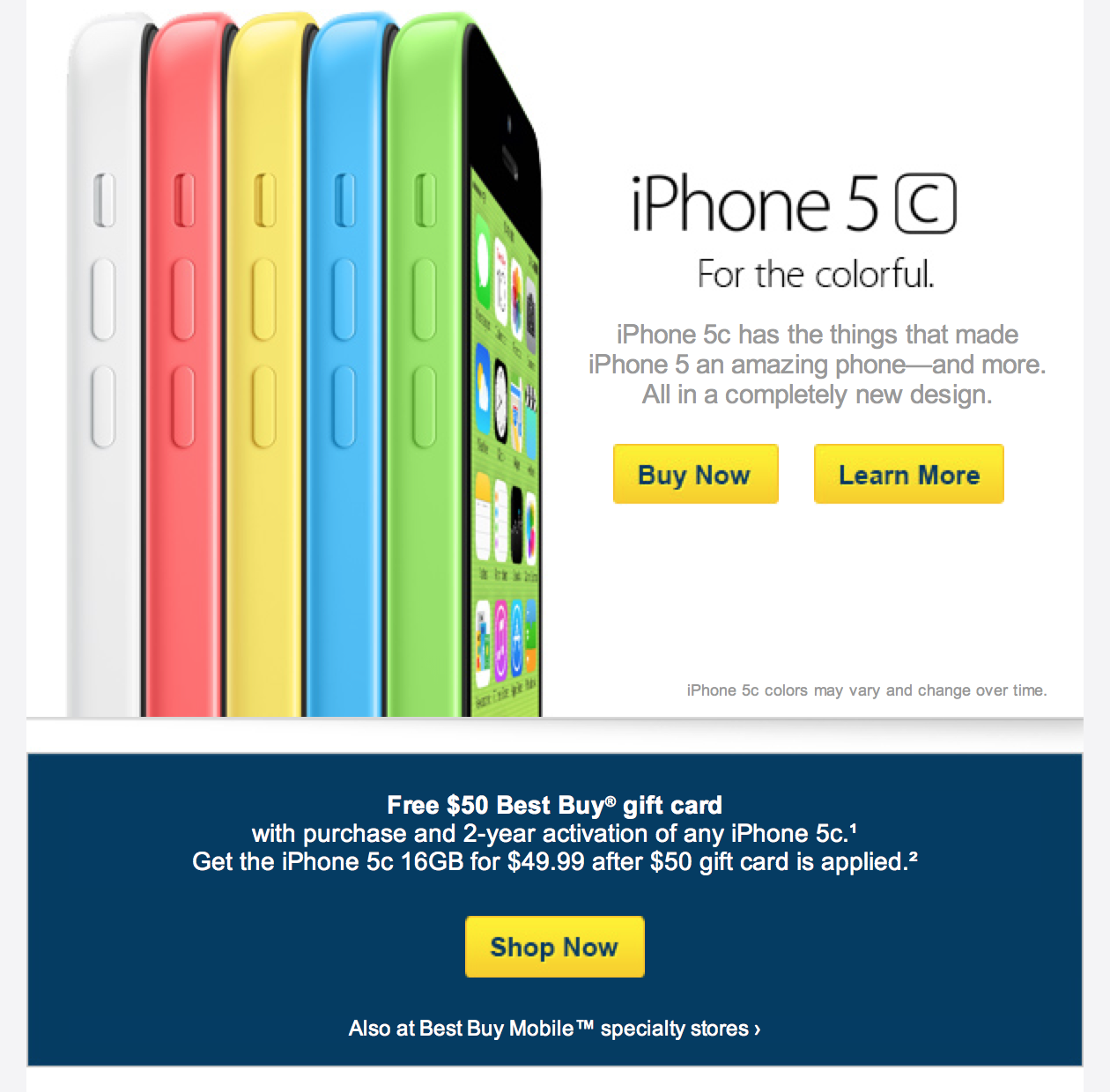 Call it the electronics retailer version of limbo, but U.S. stores are racing each other to see which can offer the iPhone 5c for close to nothing.

From electronic giant Best Buy to mid-range Target, the price on Apple’s colorful handset is being slashed to the bone. How low can they go? How’s free?

As the iPhone 5s continues to be the handset Apple fans prefer, reports filter in suggesting the tech giant plans to cut production on the iPhone 5c. Smelling a potential door-buster on their hands, a number of U.S. retailers are announcing steep discounts on the already affordable handset…

Retailer Best Buy is going all-out to entice consumers looking to trade in their ancient smartphone.

Dropping the iPhone 5c to free with a trade-in comes just a week after the electronics giant marked the new handset to just $50. Best Buy held a similar fire sale in September to clear out its inventory of iPhone 5 handsets.

If you are considering taking advantage of the Best Buy trade-in deal, the retailer is not being too picky about the condition of smartphones it accepts. According to the report, you can exchange any smartphone that works, hasn’t been dunked in water and has a screen that’s not cracked.

Of course, you have to sign a two-year contract. 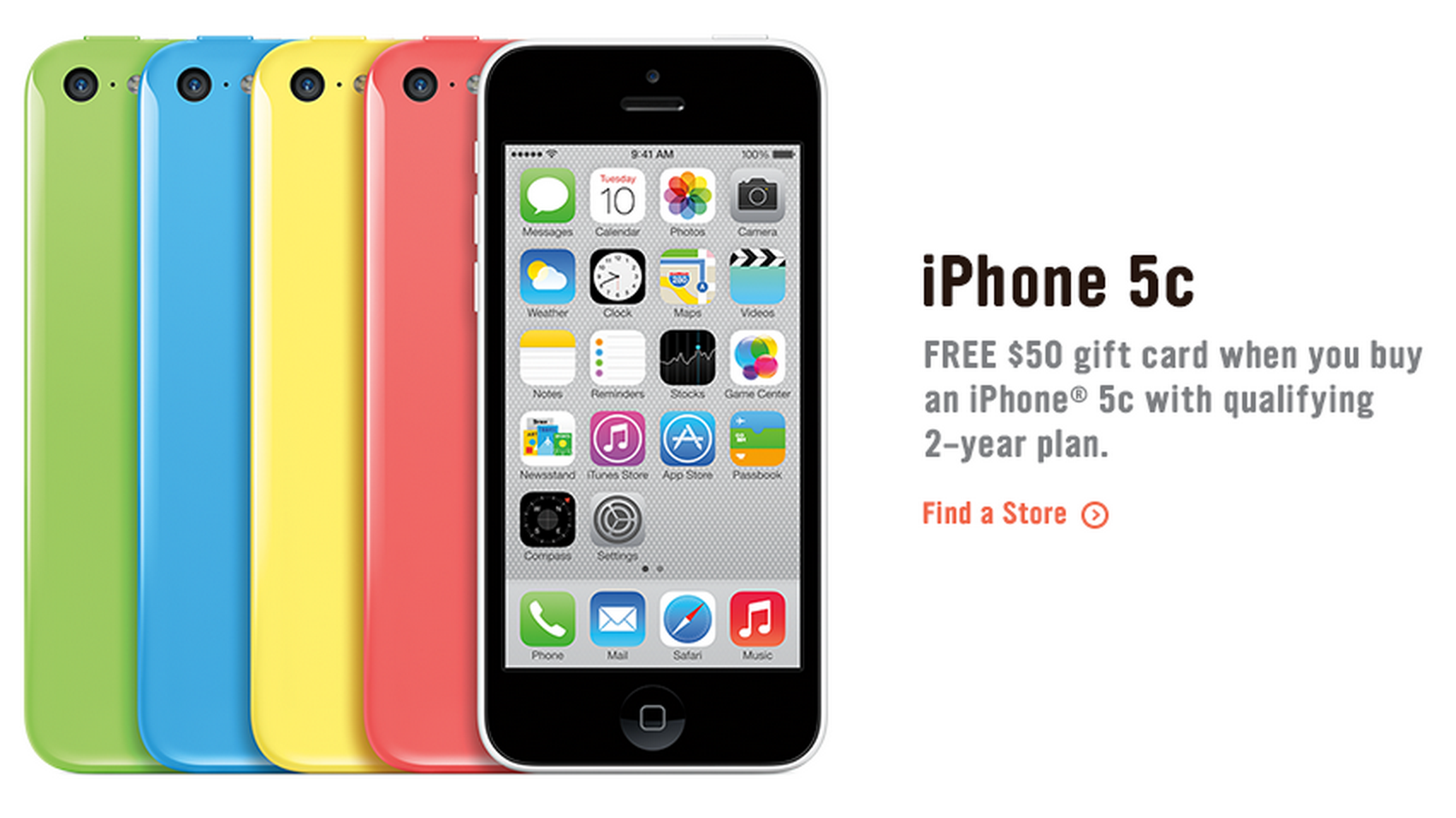 Best Buy isn’t the only store trying to unload the iPhone 5c.

Target is cutting the handset to $49.99, $20 below the current $79. That puts Target in line with retail giant Walmart, which sells the iPhone 5c for $45 with a two-year contract. Meanwhile, Radio Shack (above) is also pushing the iPhone 5c, offering a $50 gift card when buying the Apple handset.

The iPhone 5c is essentially becoming a loss-leader for these electronics sellers. You offer the 5c at a cut rate to get customers in the door. Once there, sales people can point out that for just a bit more, consumers can grab the iPhone 5s, which is flying off store shelves.

The retailers have forgotten one other selling point for the iPhone 5c: apps on the iPhone 5c crash half as often as the more powerful 64-bit iPhone 5s.

According to one report, Apple shipped 11.4 million iPhone 5c handsets in September, down from an earlier forecasted 17 million. The usually reliable Ming-Chi Kuo trimmed his estimate, noting there had been a 33 percent drop from his previous forecast.

The analyst also expects 10.4 million of the handsets will sell during the December quarter, a 10 percent drop sequentially, according to Business Insider. We’ll have a better idea of the iPhone 5s/5c sales performance after Apple announces its fiscal 2013 fourth quarter earnings on October 28.