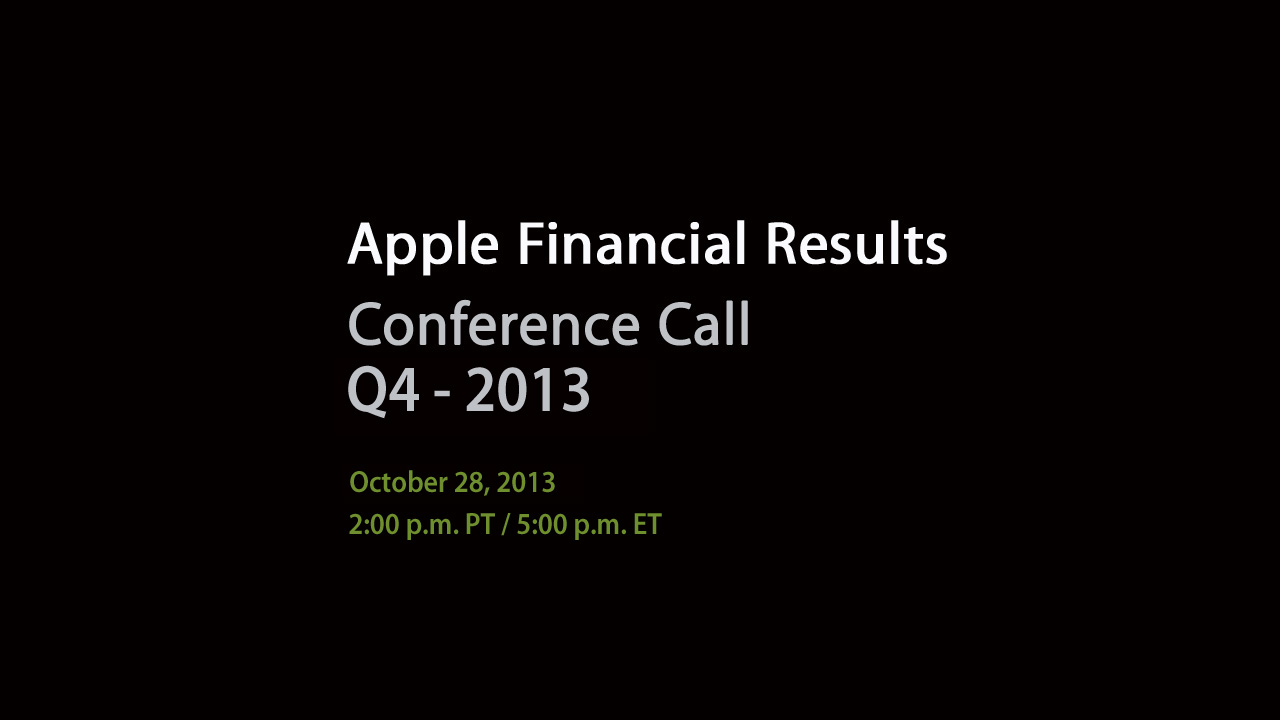 Apple is set to announce earnings for its fiscal 2013 fourth quarter (translating to the third calendar quarter) on Monday, October 28, according to today’s note on the Apple Investor web page.

The conference call with investors is scheduled at 2pm Pacific / 5pm Eastern, after the markets close.

Streaming audio from the conference call will be provided.

October 28 is a Monday, which breaks Apple’s traditional pattern of Tuesday/Wednesday earnings announcements.

Wall Street analysts and investors will be no doubt scrutinizing Apple’s numbers for early signs of iPhone 5s and iPhone 5c sales performance. Both new iPhones went on sale in the United States and an additional ten major markets globally on September 20.

The third quarter ended on September 30 so earnings data will include ten days worth of iPhone 5s/5c sales. Apple boasted about selling nine million iPhone 5c/5s units during the opening weekend, but did not break down its numbers by iPhone model. 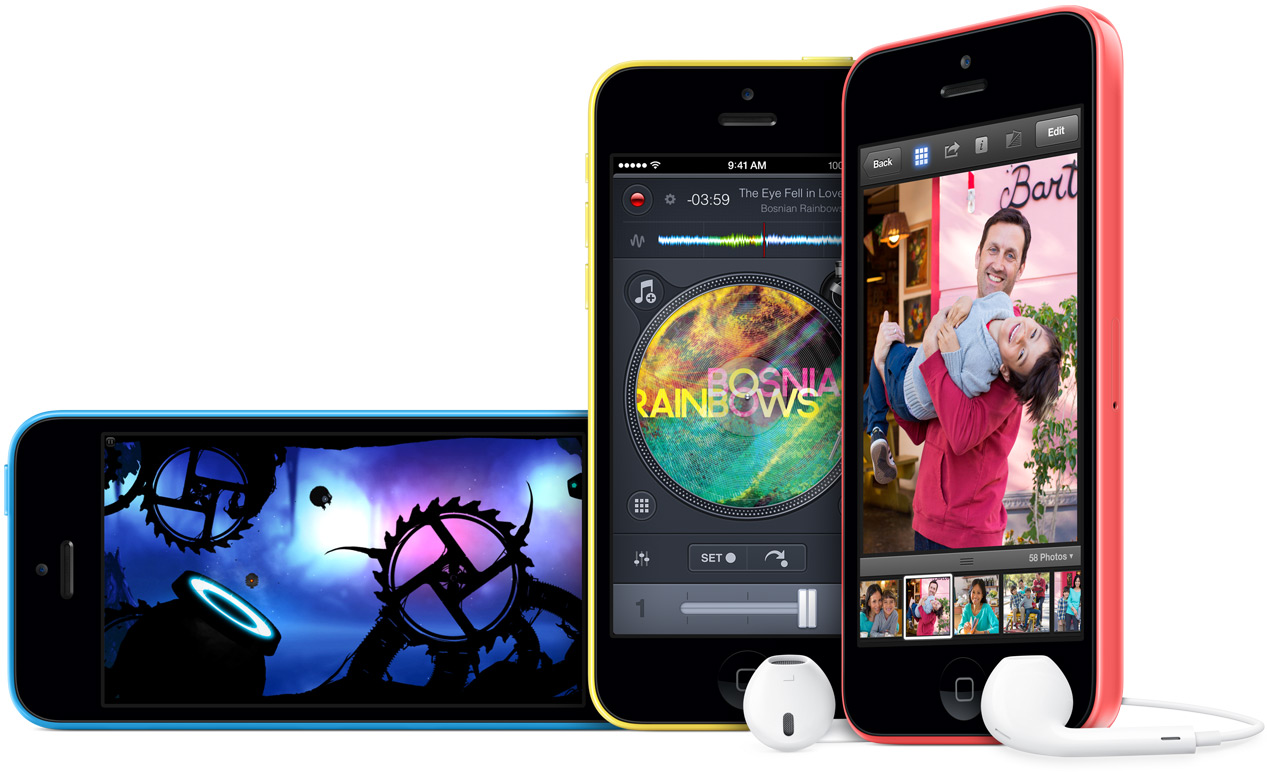 For what it’s worth, the company in a rare move last week upgraded its quarterly guidance on the basis of strong iPhone sales, projecting fourth fiscal quarter revenue to be near the high end of the previously provided range of $34 billion to $37 billion.

Gross margin should be near the high end of the previously provided range of 36 percent to 37 percent, the firm said. The three-month period ended September 30 saw Cupertino launch iOS 7, release the iPhone 5s/5c and update the iMac lineup with faster graphics, more RAM, zippier flash storage and Intel’s Haswell processors.

Hopefully, this should mean that OS X Mavericks is on its way, too.

While the new iPhones continue to be in short supply, Bernstein’s Toni Sacconaghi cautioned that Apple may soon run out of wealthy iPhone customers. 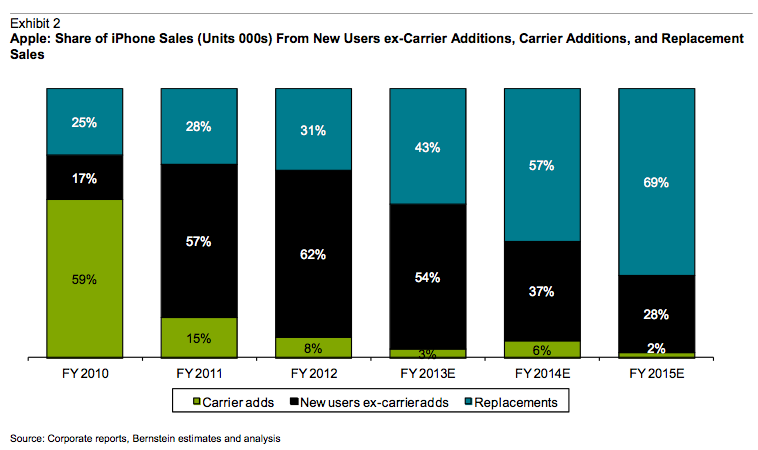 His chart says it all, via Fortune.

Note the black bars, which show that first-time buyers are shrinking.

Apple’s stock price has certainly recovered from its lowest point earlier this year as the new iPhones hit the ground running, though it’s still about $180 a share down from its September 2012 highs.

Those planning on joining the call will need to visit the aforementioned link using an iPhone, iPad or iPod touch running iOS 4.2 or above or use any Mac running OS X 10.5 or above or PC running QuickTime 7 or later.

As per usual, our team will be listening in to the call to bring your the running coverage of the key announcement and newsworthy tidbits.