Apple during June’s WWDC updated its MacBook Air lineup with the latest-generation Intel chips and related hardware bumps, leaving the rest of the Mac lineup intact. Today, the company has refreshed its iMac all-in-one lineup via a simple press release, clearing the stage for October iPads.

Due to the new PCIe-based flash storage (also found in the mid-2013 MacBook Air), Apple says the iMac’s optional Fusion Drive (a HDD + SDD combo) is now up to 50 percent faster than the previous generation. 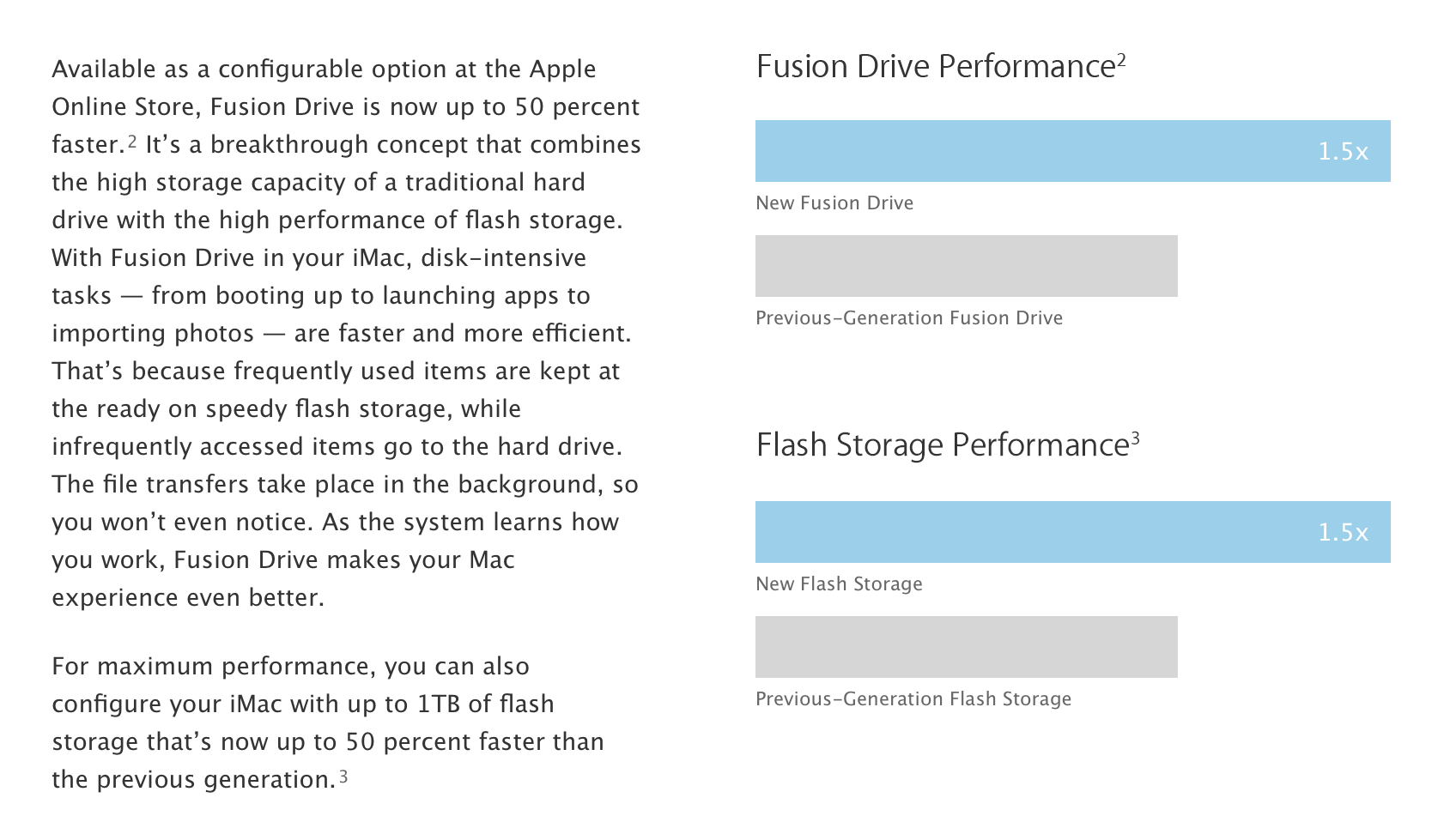 You can now configure your iMac with up to 1TB of all-flash storage and choose between a 1TB or 3TB Fusion Drive. All iMac models come standard with 8GB of memory (expandable to 32GB of RAM) and a 1TB hard drive, as well as two Thunderbolt and four USB 3.0 ports on the back.

iMac continues to be the example that proves how beautiful, fast and fun a desktop computer can be. Inside its ultra-thin aluminum enclosure, the new iMac has the latest Intel processors, faster graphics, next generation 802.11ac Wi-Fi and faster PCIe flash storage.

There are three basic configurations to choose from.

The entry-level $1,299 iMac with a 21.5-inch screen, a 2.7 GHz quad-core Intel Core i5 with Turbo Boost speeds up to 3.2 GHz and integrated Intel Iris Pro graphics that AnandTech says offers “substantial power savings” in non-gaming apps and decent speed. 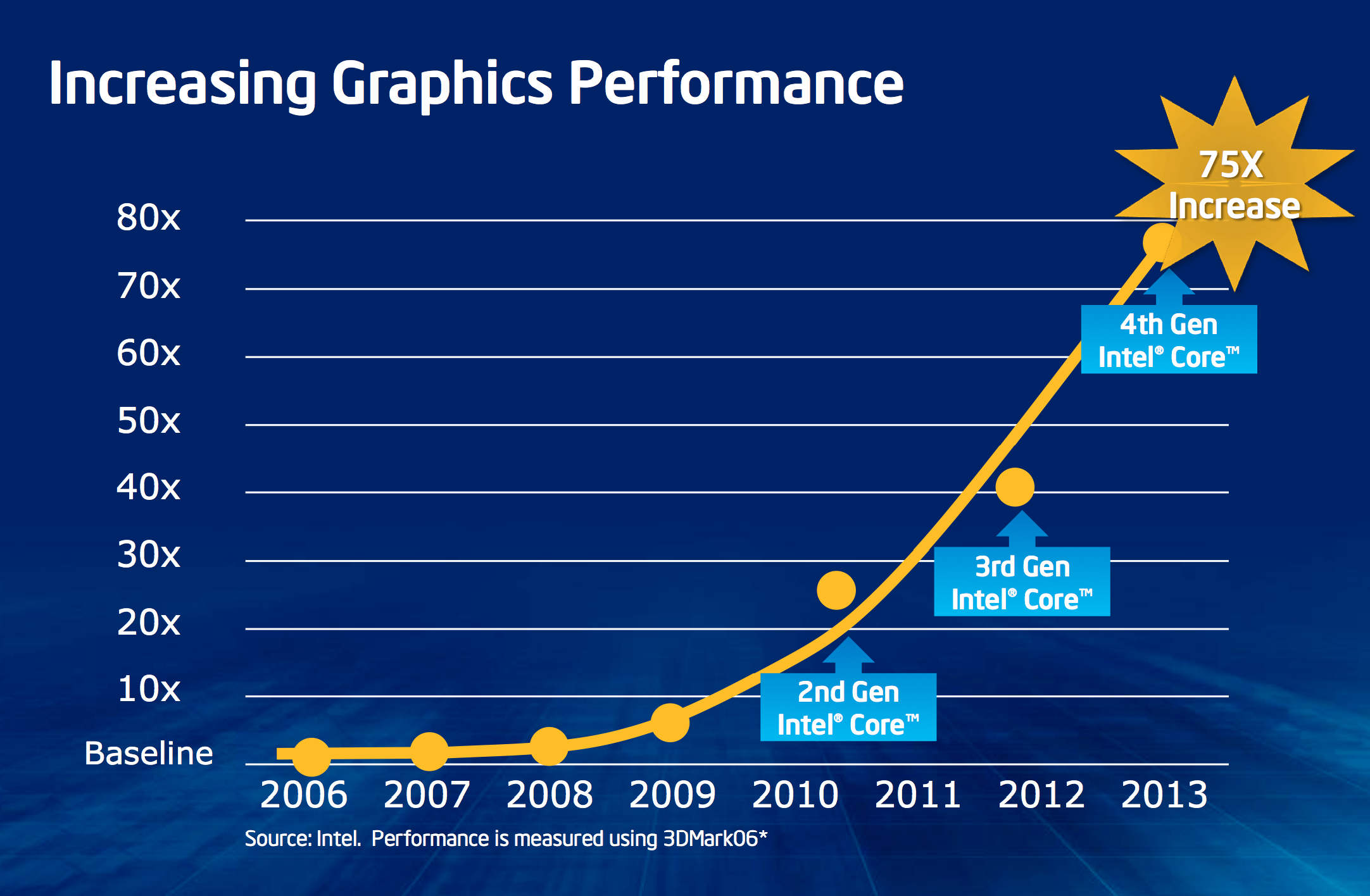 In case you were wondering, the GeForce 700 series graphics features twice the video memory and up to 40 percent faster performance than the previous generation. Build-to-order options include a quad-core Intel Core i7 processors clocked at up to 3.5GHz and Nvidia’s GeForce GTX 780M series graphics with up to 4GB of video memory. 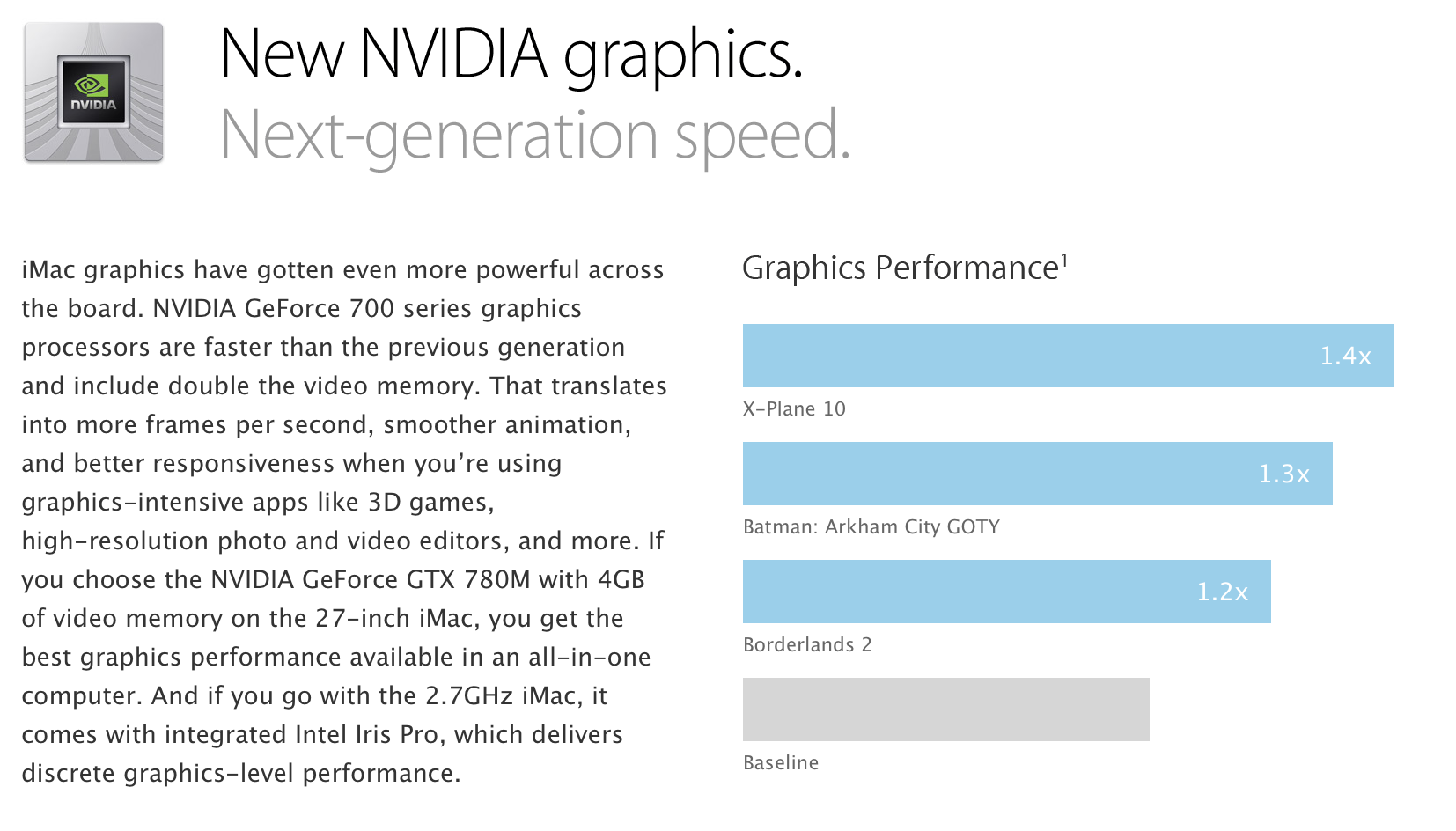 The new iMacs should be available via the online Apple Store starting today, as well as through Apple’s retail stores and select Apple Authorized Resellers.

More information on the new iMacs is available on Apple’s website.

Next month, Apple is slated to release OS X Mavericks. Also, the rumor-mill thinks new iPads are up for an announcement on October 15 and we heard whispers of an impending new Apple TV hardware.

More on Apple’s agenda: November availability of the new Mac Pro and likely updates to the rest of the Mac lineup, including a Haswell-upgrade for the Mac mini and Retina MacBook Pros.