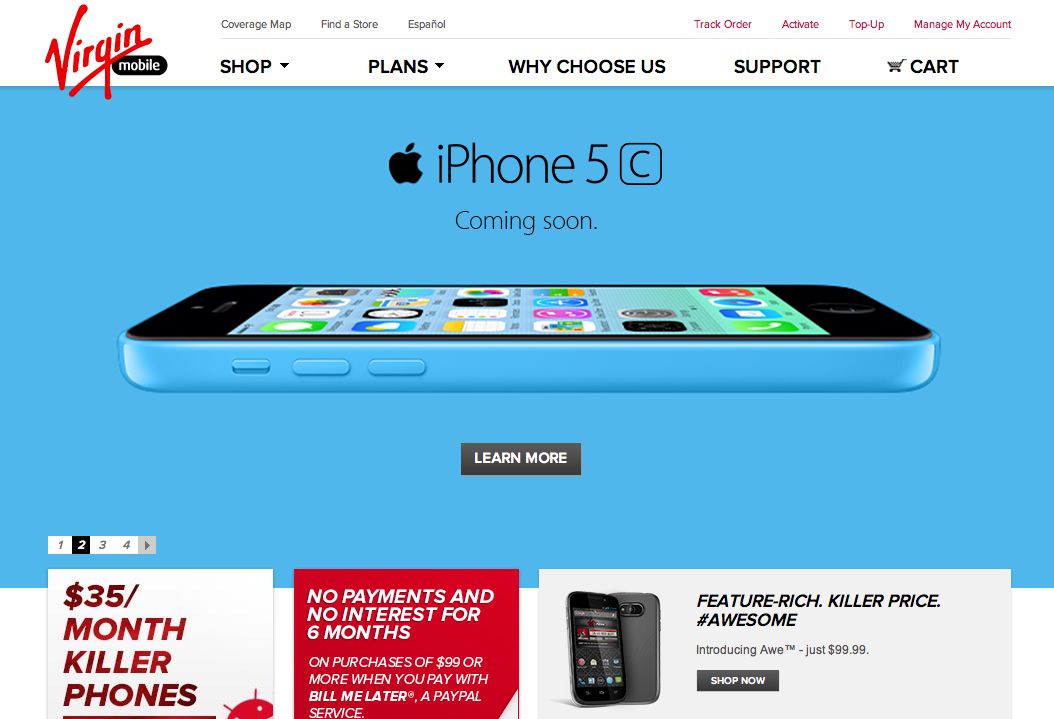 Along with nine regional United States wireless carriers who yesterday announced October 1 availability of new iPhones, Virgin Mobile on Friday teased that it too will start carrying both the flagship iPhone 5s and the colorful iPhone 5c models pretty soon, as early as next week.

Considering nine of its regional rivals will start carrying the devices next Tuesday, there’s little reason to believe Virgin would risk falling behind that schedule. Virgin Mobile is Sprint’s prepaid carrier so the telco should offer the new iPhones subsidized and contract-free…

The carrier teased the iPhone 5s and 5c on its website.

In fact, Virgin tweeted out October 1 availability for both the iPhone 5s and iPhone 5c.

Virgin also has LTE in certain areas. Because it’s a Sprint brand, all of the iPhones Virgin offers are CDMA models.

Should you need 1200 carrier minutes, the $45 a month plan is for you. The $55 a month plan comes with unlimited minutes and all three tiers include 2.5GB monthly data allowance.