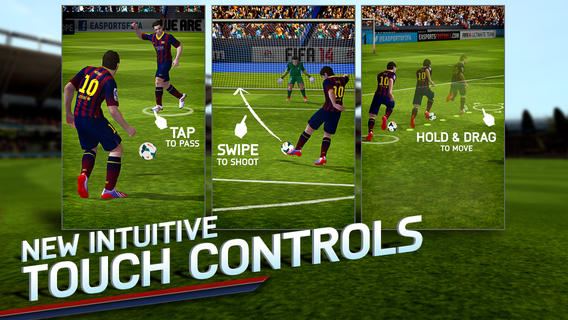 After teasing FIFA 14, the latest installment in its long-running soccer franchise, the superpublisher Electronic Arts last week soft-launched the game for the iPhone, iPod touch and iPad devices on the New Zealand App Store – a week ahead of its console release. The game is now available in the US App Store as a free download, per Electronic Arts’s promise to switch FIFA games to the prevalent freemium model…

It doesn’t look like the game spoils the fun for players who reluctantly spend cash on additional goodies: you can only buy FIFA points, boost your manager budget to buy A-players or get a Premium Unlock for $6.49.

So, how the heck are people supposed to play soccer on a tiny screen?

Thanks to simplified touch controls, you simply hold and drag players to move them around the field, tap to pass, swipe to shoot and so forth.

Real players. Real teams. Real leagues. Welcome to the most authentic football game on the App Store. Feel the excitement of every pass, shot, and tackle with new touch controls. Plus, live every moment of real-world football mastery with EA SPORTS™ Football Club Match Day. Get in there!

All in all, there are 33 leagues (From the English Premier League and La Liga to the German Bundesliga and beyond), over 600 licensed teams, 16,000+ players, 34 authentic stadiums and commentaries in English, French, German, Italian and Spanish.

As for the managerial aspect, FIFA 2014 lets you earn and trade, or buy and sell players, choose your play style, formation and kits as well as compete in tournaments to earn coins. Online features include global leaderboards, multiplayer challenges, the ability to share your favorite instant replays online and more. 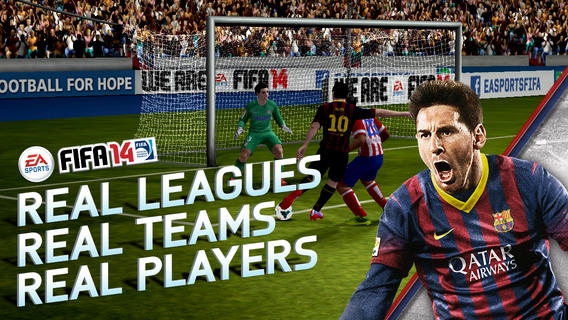 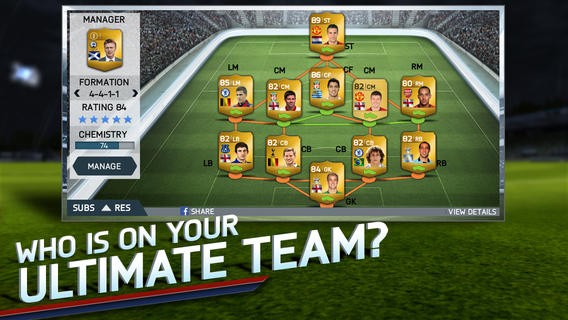 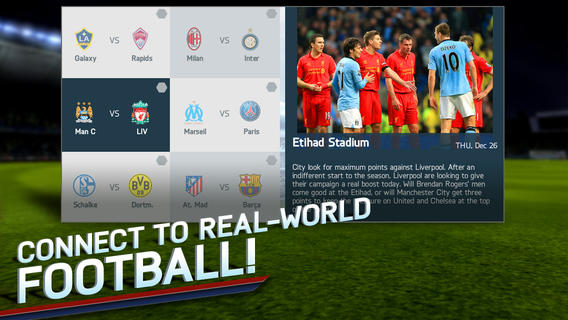 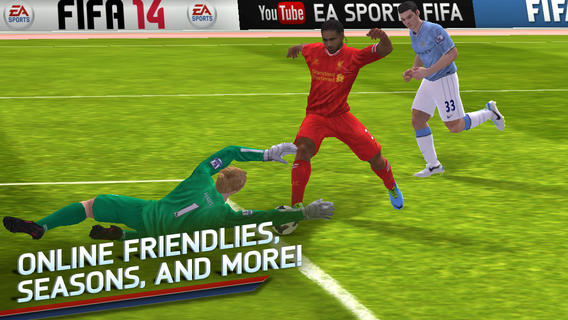 EA Sports Football Club Match Day lets you follow the heartbeat of your favorite club. Play along with real-world fixtures from top leagues. Every injury, suspension, and change in team form is reflected in-game – keeping you connected wherever you are!

Oliver Haslam, who occasionally writes for iDB and contributes to MacWorld and RedmondPie, opines that someone at EA got things right regarding in-app purchases.

In-app purchases come in two flavors. First, gamers can buy in-game currency just as seems to be the norm with any game that features in-app purchases. Secondly, and more interestingly, there’s an option to unlock the game’s ‘Premium’ mode for $5.99.

Paying your six dollars kickoff, tournament, and manager modes, so we expect that’s the route that most people will want to take with FIFA 14.

The universal binary requires an iPhone, iPod touch or iPad running iOS 5.0 or later and is optimized for the iPhone 5’s taller screen.

Caveat: you’ll need to have at least 1.35GB of free space on your device to install FIFA 2014.