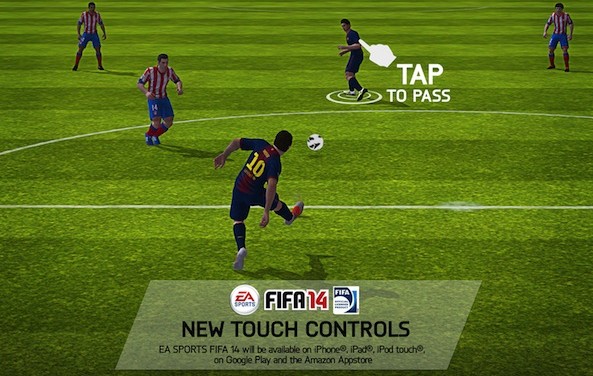 Sorry FIFA fans, it looks like the popular soccer (futbol) game is going freemium this year. Electronic Arts made the not-so-surprising announcement during its Gamescom press conference in Germany this morning.

This means that when FIFA 14, or whatever it’s going to be called, hits mobile devices later this year, it’ll utilize EA’s free-to-play business model. So while it’ll be free to download, it’ll likely be rife with in-app purchases…

Engadget reports from the press conference:

“Andrew Wilson is back out on-stage to talk FIFA. First up is FIFA Online, the free-to-play, Asia-centric version of the FIFA franchise.

Apparently that free-to-play ethos is extending to FIFA mobile as well. This year’s FIFA mobile will arrive free of charge. Though, come on, of course there’ll be micro-transactions.”

Of course, the news isn’t surprising. EA has seen a lot of success with the freemium business model, first with The Simpsons Tapped Out, and more recently with Real Racing 3 and Plants vs. Zombies 2. In fact, it announced on its latest earnings call that the App Store is now its biggest money-maker—over $90 million last quarter.

Any thoughts on this?