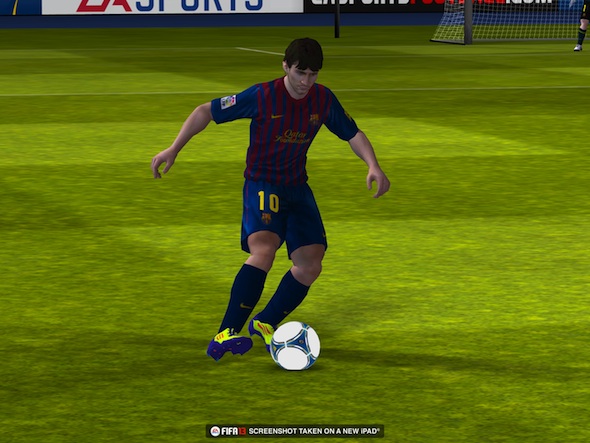 Football, known to Americans as soccer, is by far and wide the most popular sport on the planet. So it’s no surprise that Electronic Arts’ FIFA is one of the world’s best-selling video game franchises.

The series’ latest iteration, FIFA 13, is expected to hit all major platforms within the next two months. And EA has started to tease the release, by posting beautiful screenshots of the iOS version… 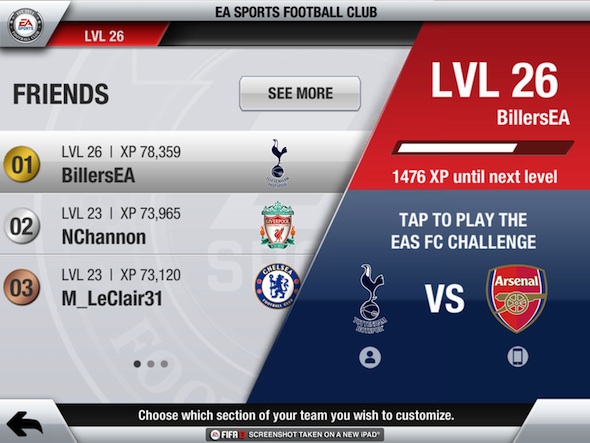 Looking at these images, it’s hard to believe that this is a tablet title, and not something from a console. EA says that all shots were taken from a third-generation iPad, and FIFA 13 will take full advantage of its 2048 x 1536 Retina display.

But the new FIFA doesn’t just look pretty — EA promises that the game is outfitted with a number of new features and enhancements that will make sure its soccer franchise remains the best in the business. Among those additions are a new Football Club mode, revamped Impact Engine, and more precise dribble control.

FIFA 13 is slated to land in the App Store on September 27th. And we’re hoping that as the date gets closer, EA will hook us up with some video teasers as well.

What do you think? Are you excited about FIFA 13?