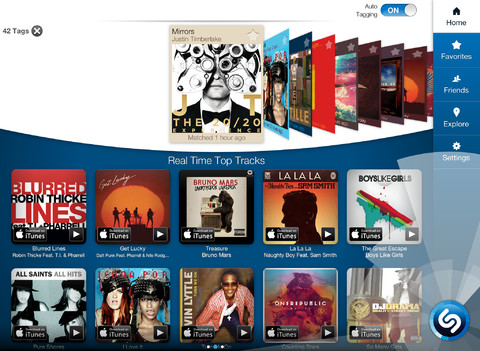 Apart from bringing out the ability to purchase multiple songs at once through iTunes back in June, the music discovery service Shazam has been pretty quiet in terms of its iPhone and iPad app, releasing only a few maintenance updates. Today’s version 6.2.1 update changes that.

Shazam version 6.2.1 enables “much faster recognition” on older devices such as the iPhone 4 and iPhone 3GS and features “better recognition in difficult environments”.

You can download the free Shazam app on the App Store.

The paid Shazam Encore with more features and no ads is available for $7.