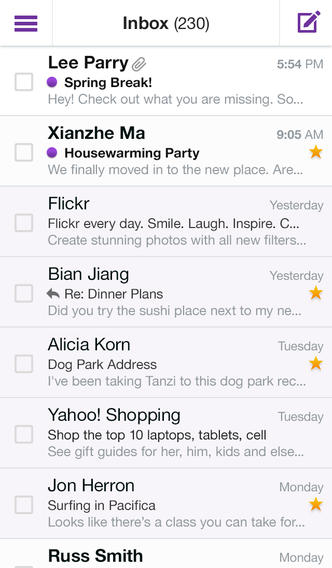 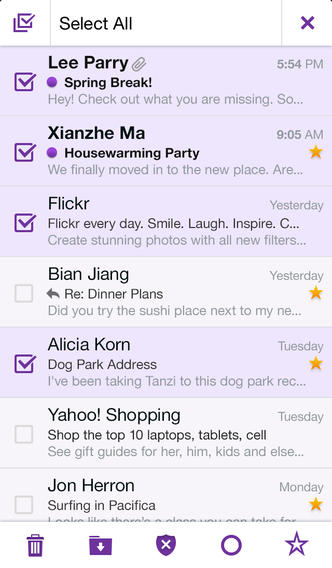 The struggling Internet giant Yahoo released its native Mail app for the iPhone last December, but it fell on deff ear.

Fourth months later, a revamped version with native iPad support has arrived and Yahoo has since enhanced the experience by adding a couple improvements, including the useful business-focused support for multiple personal and Business Mail accounts.

As part of the sweeping streamlining announced on its blog this morning, Yahoo has pushed an incremental update to its iPhone, iPod touch and iPad client, the new version now allowing you to open attachments in other apps and manage multiple folders with ease…

Yahoo Mail version 1.5.9 now supports the iOS-standard ‘Open In’ feature which opens an attachment in a user-specified third-party app, provided it’s able to crunch the file type at hand. For example, if you have Amazon’s Kindle app installed on your device, you could use it to open PDF files received as email attachments.

Easy, just tap on the message in the main message list view, then tap on the share button, select ‘Open With’ and choose a desired third-party app in the system menu. 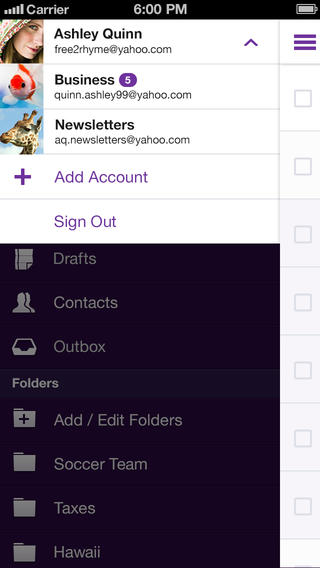 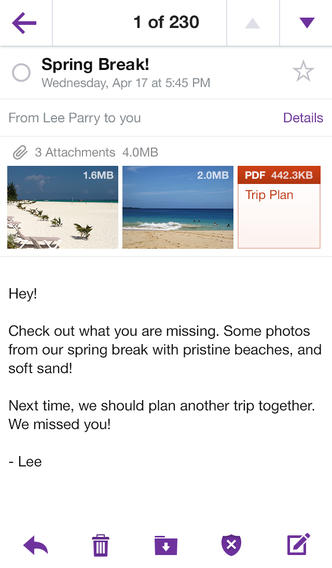 As for folder management, the app now lets you create, rename and delete mail folders by tapping ‘Edit’ next to the list of folders.

The updated software includes various bug fixes, including a fix for the sidebar showing up blank for certain users, especially folks whose devices are set to Arabic/Hebrew international preferences.

The app is optimized for the iPhone 5 and supports the iPhone 3GS/4/4S/5, fourth-gen iPod touch or later and iPads.