Two years ago today, to the date, Tim Cook officially took over the reigns as Apple’s CEO. Cook had long been handling the position’s day-to-day duties, and had played interim CEO on a few occasions, but on August 24, 2011, Steve stepped down and Tim stepped up.

One can only imagine what it’s like to try and take over a chief executive role for a company as big as Apple, following up someone like Steve Jobs. But Tim Cook has thus far managed to do it. Here are some of the more notable moments from his two-year tenure…

Less than 6 months after taking office, Tim Cook was confronted with a major PR problem. The New York times published a scathing article on Foxconn, Apple’s largest manufacturing partner, for its poor employee working and living conditions. While it’s true, the company had long been under scrutiny for its labor problems, this report suggested that Apple was aware of the infractions, and intentionally not doing anything about them.

Cook reacted quickly, sending out letters to employees and the press, ensuring them that “Apple cares about every worker in its worldwide supply chain,” and is doing everything in its power to improve their working conditions. As a result, Apple opened up its supply chain to inspection by the Fair Labor Association, and recent reports say Foxconn has shown signs of improvement.

In late 2012, Apple made the decision to drop Google’s Maps app in iOS 6 and replace it with its own mapping software. But it quickly found out how difficult the task was, and Tim Cook found himself in another PR fiasco. Consumers everywhere complained of missing data points, location inaccuracies and poor turn-by-turn directions. Some government agencies even started issuing warnings about the app. 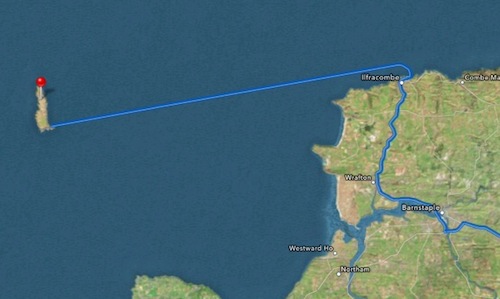 Once again, Cook reacted quickly and penned a well thought-out letter to the public, this time apologizing for Apple Maps falling short of expectations. He admitted that his team had failed to deliver “the best experience possible” to customers, and promised to put the weight of the company behind making it right. And for what it’s worth, Maps is significantly better than it was.

Despite the Maps debacle, Apple went on to sell its iPhone 5 in record numbers. Pre-orders for the handset crossed 2 million in the first 24 hours, and total sales topped 5 million during its opening weekend. This led to Apple’s stock crossing the $700 per share mark for the first time in the company’s history.

Admittedly, at $501 and some change, AAPL has since fallen quite a bit from its peak. But at the time, crossing that $700 mark signified that Wall Street had faith in the one-year veteran and his Cupertino gang to continue their run without Steve Jobs at the helm. And without question, I think that this was a major high point for Cook.

On October 29 of last year, Apple issued a surprising press release announcing that SVP of iOS software, Scott Forstall, would be leaving the company as part of a major executive shakeup. Forstall had been leading iOS development since the platform’s inception, and was said to be a Jobs favorite. So needless to say, this was one of Cook’s biggest moves at the time as CEO. 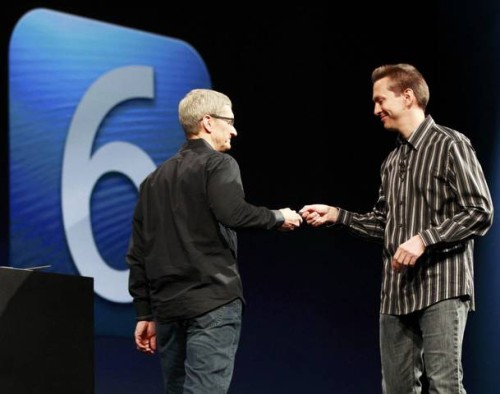 A recent Reuters profile cites sources saying that the shakeup was a direct result of the Maps fiasco, and Cook moved quickly and decisively. He fired Forstall, and handed off Maps to Eddy Cue, design to Jony Ive, and the iOS team to Craig Federighi. We don’t yet know how effective the reorganization has been, or will be, but we should get a better idea this fall.

Even though Apple has been making tablets since 2010, it didn’t start offering a 7.9-inch version until late last year. In November of 2012 Apple launched the iPad mini, and by all counts it’s been a resounding success. Even without a Retina display, most analysts believe it’s outselling the larger iPad by a significant margin. 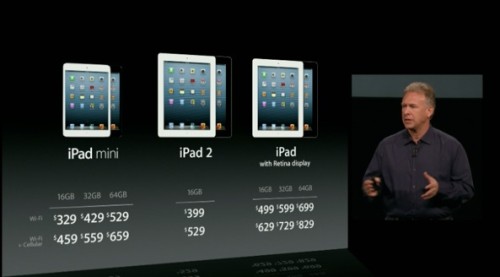 While Tim Cook might not be the visionary that Steve Jobs was, he still has to sign off on new products. And his thumbs up or thumbs down can have a huge impact on not only Apple’s profits, but its brand image and investor relations as well. Here, he made the right call in green-lighting the iPad mini, making his first new product launch as CEO a success.

So as you can see, Cook has overseen some major issues, changes and product launches (and many more we didn’t list) at Apple in the last two years, and has managed to keep the ship steady. Sure, APPL has slid 200 points from its peak, but it’s also moving upward right now, and has gained more than 100 points in the last two months.

But the next two years will really show Cook’s abilities. Apple has a big fall of product refreshes coming up, and there is said to be a number of all-new products—iTV, iWatch, etc.—in the pipeline. And he has to preside over all of this with investors and, from what we’ve been hearing, Apple’s board breathing down his neck, calling for more “innovation.” It’ll be interesting to see how he responds to the added pressure. So far, I think he’s done a great job.