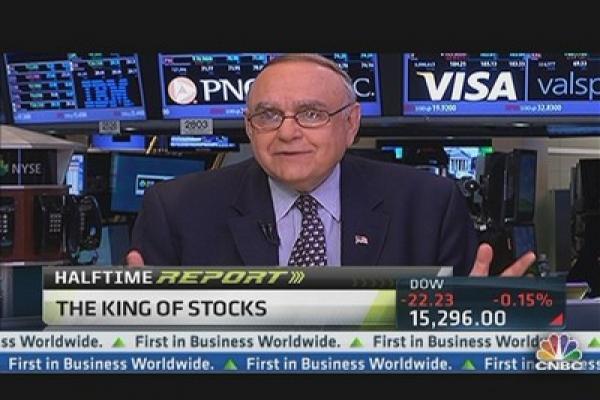 Yesterday, Carl Icahn, one of the most prominent investors on Wall Street, set the Internet on fire when he announced that he had taken a ‘large position’ in Apple. He didn’t say how much money, exactly, but the investment is believed to be over $1 billion.

As you can imagine, Icahn’s comments also set APPL on fire as well. The already-climbing stock jumped 20 points yesterday, and ended up closing around $490. And today, it’s crossed the $500 mark on the back of another high-profile investor’s blessings…

Speaking with CNBC this morning, Lee Cooperman of hedge fund Omega Advisors said he too feels like Apple is ‘extremely undervalued,’ and he confirmed that he bought back into the stock back when it was in the low $400s. His position in APPL is ‘modest.’

“Much is being made of Carl Icahn’s big new position in Apple, but from the filings we’ve learned that Lee Cooperman has taken a new position. He is back in Apple. I just got off the phone with him and he told me the following: he agrees with Carl Icahn that Apple is cheap, said they have a new modest position, said got back in the low $400s.

Lee Cooperman thinking that the new iPhone is going to create some buzz. When talking about the entire space he says he still thinks that Qualcomm is the best play in that overall space. But clearly making it known that he agrees with Carl Icahn that Apple is cheap in his words. They got back in in the low $400s and think the new iPhone which is expected on September 10th is going to create some buzz and you know Apple was right on the cusp of $500. We will see what happens here.”

The chatter from Icahn and Cooperman resulted in AAPL crossing $500 per share for the first time since late January of this year. It’s also recaptured its throne as the largest company in the world by market cap, ahead of Exxon Mobile now by some $50 billion. 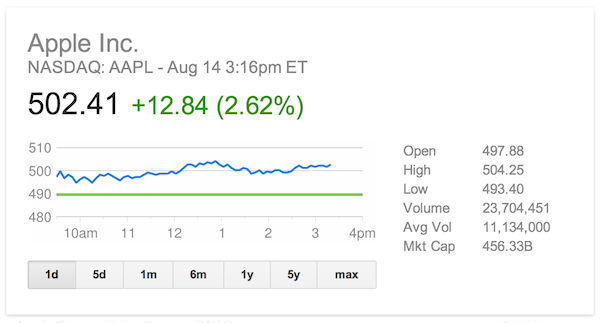 Sure, Apple still has a long way to go to reach its peak stock price of $705 per share that it hit last September, but its recent run is nothing to scoff at. As recent as June, APPL was actually sitting below $400. So we’re still talking about a quick 100 point climb here.

But, as we’ve said before, it’s not hard to see why investors are getting excited about the company. After a 10-month-long product drought, Apple is set to have a huge Q4 with new iPads, new software, and not one, but two new smartphones, expected to land this fall.