Controversial billionaire activist investor Carl Icahn has announced on Twitter making a large investment in Apple. Touting a “large position” on the stock, he said he believed the stock to be “extremely undervalued” and revealed having a “a nice conversation” with Apple CEO Tim Cook earlier today, which Apple has officially confirmed now.

Needles to say, Apple doomsayers came out of the woodwork screaming “There goes Apple!” Another conversation would follow soon, Icahn tweeted out. He did however let slip he may press Apple to use its cash pile to repurchase more of its shares from the public, perhaps in an effort to reduce the company’s exposure to fickle Wall Street investors and crazypants analyst…

Here’s the tweet that set the Internet on fire.

We currently have a large position in APPLE. We believe the company to be extremely undervalued. Spoke to Tim Cook today. More to come.

By the way, such a tweet is now legal and in accordance with new SEC guidelines on social media use. Yesterday, Icahn said on the Icahn Enterprises website that he would be using Twitter to make a major announcement.

Regardless, I don’t think Apple is quite happy about Icahn’s public disclosure in this fashion. Be that as it may, he stopped short of disclosing just how large his position in Apple is, though we’ll soon find that out in regulatory filings.

If you ask Bloomberg, he has taken a position of at least $1 billion in Apple, with Icahn projecting shares will rise above $600.

Had a nice conversation with Tim Cook today. Discussed my opinion that a larger buyback should be done now. We plan to speak again shortly.

Apple rose by more than four percent to above $484 a share on the news, up about $17 from Monday’s closing price. The surge has added more than $10 billion to Apple’s market capitalization, a major boon following the whopping 33 percent share price loss since the historic $700.09  a share milestone last September.

We appreciate the interest and investment of all our shareholders. Tim had a very positive conversation with Mr. Icahn today. 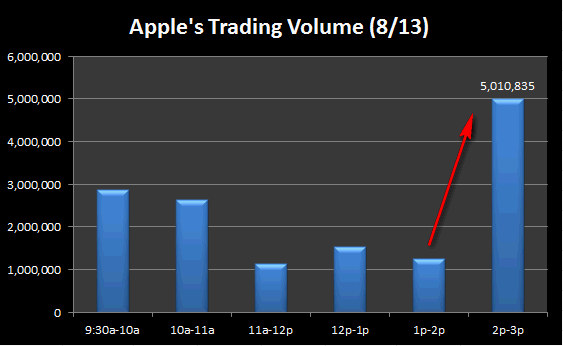 This may be good or bad news, depending on your point of view.

As TechCrunch points out, repurchasing more of Apple’s shares from the public would play to Icahn:

This would concentrate future per-share earnings on remaining outstanding shares in the company, raising their per-unit value. Icahn, naturally, owns many of those shares. Thus, the value of his claimed “large” stake in Apple would increase, boosting his personal wealth.

A buyback is a “no brainer” for Apple as it would enhance the stock value tremendously, Icahn told CNBC.

The next year is going to be a big year for Apple and he probably thought he might as well hold this meeting before that.

My guess is he is probably playing through the end of 2014. But with the new products, the stock would have gone up regardless.

He’s a vocal shareholder who can continue to put pressure on Apple to do the right thing for investors. The easy stuff is to push for higher dividends and the stuff that’s little more difficult for him is on the product side.

He’s not going to add anything really on the product side.

Apple’s current cash dividend is more than $3 per share and the company was “pleased to have returned $18.8 billion in cash to shareholders through dividends and share repurchases,” according to Apple’s June quarter filing.

Back in April, Apple revealed plans to return $100 billion to shareholders by the end of 2015, one of the largest programs of its kind. That’s exactly what another billionaire investor, Warren Buffet, advised Tim Cook should do.

The unexpected buyback program was interpreted as appeasing to Wall Street amid a sharp fall in Apple’s share price over the past year.

Icahn – whose net worth is an estimated $20 billion – is certainly controversial. In recent months, he has made repeated attempts to take over the struggling computer maker Dell and keep the company from going private.

After making an attempt to secure a large ownership stake in Dell, Icahn earlier this month actually sued the computer maker and its board in an effort to force his rumored forthcoming bid at the expense of a $24.4 billion buyout bid by the company co-founder and CEO Michael Dell. 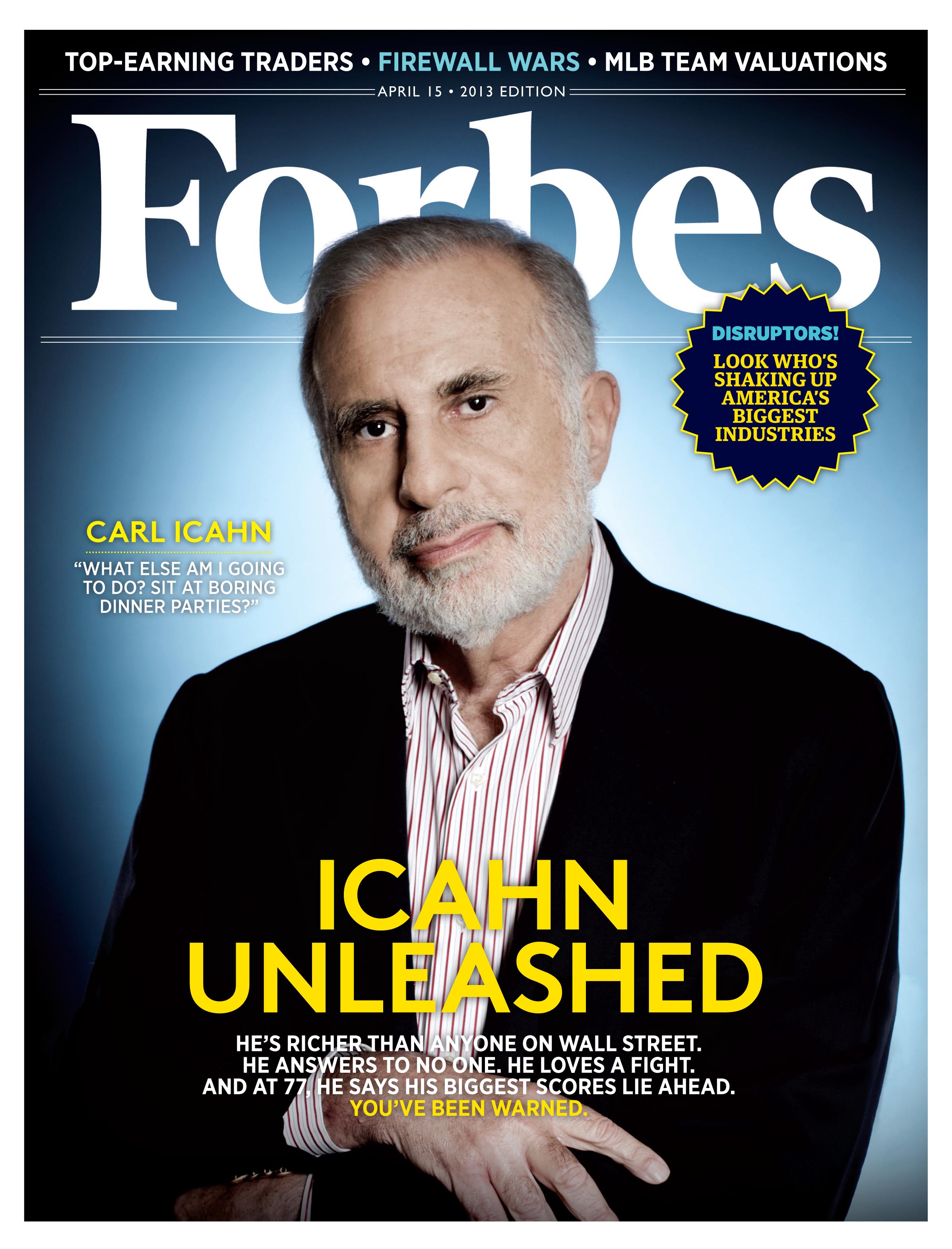 The April 2013 Forbes issue called Icahn richer than anyone on Wall Street. “He answers to no one. He loves a fight. And at 77, he says his biggest scores lie ahead. You’ve been warned,” the story lede reads.

Icahn also owns a 3.3 percent stake in Time Warner and has been seeking to influence the company’s direction, often clashing with former Warner CEO Richard Parsons. In 2006, a group of investors led by Icahn pushed for the re-election of Time Warner’s slate of board members. The media giant would eventually relent, having agreed to a $20 billion stock buyback program and nominated more independent members to the board of directors.

Last October, he acquired a ten percent stake in Netflix and has previously taken stakes and pushed for changes at Motorola and Yahoo, where he sought to oust co-founder Jerry Yang and usher the Internet giant into Microsoft’s arms.

Those investments are but a drop in the bucket considering Icahn’s diverse interests (he sold his casino interests in Nevada four years ago, for example) and ownership stakes in a bunch of corporations (check Wikipedia for more).

The February 2013 Forbes issue listed the 77-year-old investor as one of the 40 Highest-Earning hedge fund managers.

Or is there a coup against Tim Cook and the Apple leadership looming on the horizon?