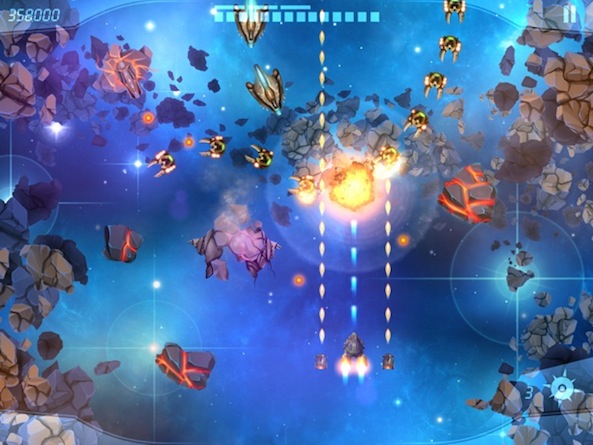 If you are a fan of the classic shoot ‘em up (shmup) arcade games of the mid 1980s, you’ll be happy to know that Entwickler-X has recently launced a game that looks a lot like Raiden, but takes place in outer space instead of earth.

M.A.C.E. is a classic vertical shooter game that is actually played in landscape mode. Its design was fashioned after Amiga games with 2D hand drawn graphics and rapid fire shooting, you’ll be blowing away bad guys by the truckload…

Players take control of a heavily armed battle space ship as it flies through space destroying everything in sight. Your ship moves forward automatically and it is your job to destroy oncoming enemies before they make it past you. 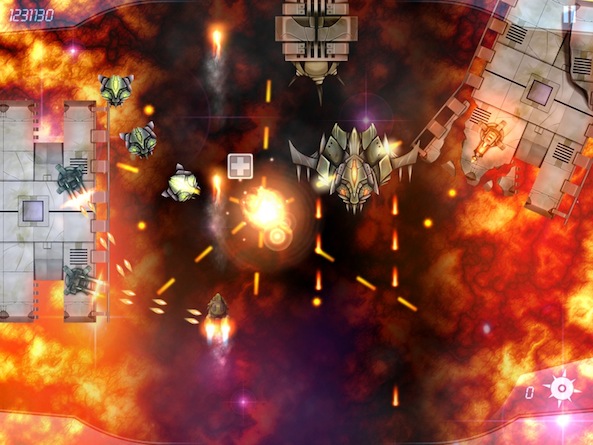 Your job as a soldier in the Military Alliance of Common Earth (M.A.C.E.) is to protect Earth from being destroyed by an onslaught of alien forces. Take down enemy fighters, destroy war ships, and annihilate the ultimate mother ship to stop the aliens from making it to earth.

There are three different worlds with six challenging levels in each. At the end of each world, you’ll be fighting an epic boss.

As is typical with shooter games, you’ll be able to collect a wide variety of different weapons. When you destroy enemies, they will drop new artillery. You can also upgrade your guns to have multiple shot ranges or expanded firepower. There are hidden weapons, bombs, extra lives, and energy that you will be able to pick up during your battle. You may even pick up companion fighters that will fly alongside you and help take down enemies. 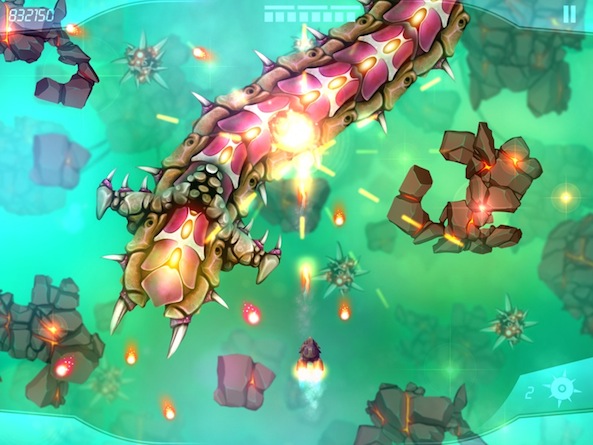 The game is played using virtual joystick and D-pad controls. However, you can also move to a spot on the screen by tapping the location. The ship will immediately fly to the spot so you can be right where the action is without missing a beat.

If you like space-themed shoot ’em up games like Sine Mora or Raiden, this fits right into the same type of gameplay. Shoot down enemies until killing the end boss, rinse, repeat.

M.A.C.E. is available for the iPhone, iPad, and iPod touch. Download it for $1.99 in the app store today.