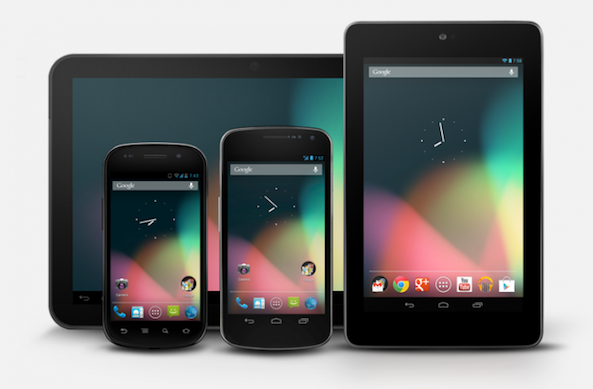 A few months ago, Google announced at its Google I/O developer conference that lifetime Android device activations had reached the 900 million mark. At the time, Google executive chairman Eric Schmidt also confirmed that those activations were occurring at a rate of 1.5 million devices per day, a number that Google CEO Larry Page echoed during the search company’s second quarter earnings call on Thursday.

At that rate, there have been approximately 100,500,000 Android devices activated since the Google I/O keynote on May 15th, meaning that total activations should have exceeded the 1 billion plateau as of this weekend. An important caveat to remember, however, is that Android activations presumably fluctuate each day, meaning that these numbers are just approximate measures. There has been no official word yet from Google, but this is big news…

This is an important milestone for Google to have achieved. Considering that Android devices only totalled 400 million as of Google I/O 2012, it has been a remarkable 14 months for the Mountain View-based company. Under the new leadership of Sundar Pichai, the Android division has experienced incredible growth, and is becoming increasingly competitive with the iPhone and other competing platforms.

The first half of this year has been witness to the release of two flagship Android smartphones in the Samsung Galaxy S4 and HTC One, alongside Google Editions of those devices running stock Android Jelly Bean. Those handsets, along with a myriad of other Android smartphones and tablets available on the market, have contributed immensely to the surging adoption rate of the Android platform.

To put the 1 billion activations number into perspective, it means that 1 in every 7 people worldwide have an Android device of some sort. Comparatively, there have been just over 600 million iOS devices sold to date — a number that should get higher when Apple announces its own second quarter earnings results next Tuesday. Windows Phone and BlackBerry remain paltry in comparison.

As the percentage of smartphone sales compared to feature phones continues to rise, offset by consumers becoming less excited about the latest and greatest devices, the next few years will be particularly interesting for both Google and the broader mobile space. I am curious to see what efforts Apple, Google, Samsung and other tech companies — perhaps Motorola — will take to remain competitive in the market.

Will the next 1 billion be more challenging than the first?