In an earnings call nearly devoid of specifics, Google announced its Motorola Mobility unit continues to be in the red, while revenue from its search business fell six percent compared to a year ago. Search revenue fell four percent during the first quarter amid declining ad rates.

Overall, the Mountain View, California headquartered Internet giant announced $14.11 billion in second-quarter non-GAAP revenue, up nineteen percent from $11.81 billion a year ago – and yet below Wall Street’s expectations.

Google’s CEO Larry Page announced the company saw 900 million cumulative Android activations worldwide, with more than 1.5 million units being activated each day, which is precisely the same data point he gave at Google I/O 2013 back in May…

The iPhone launched six years ago and the App Store arrived the following year. 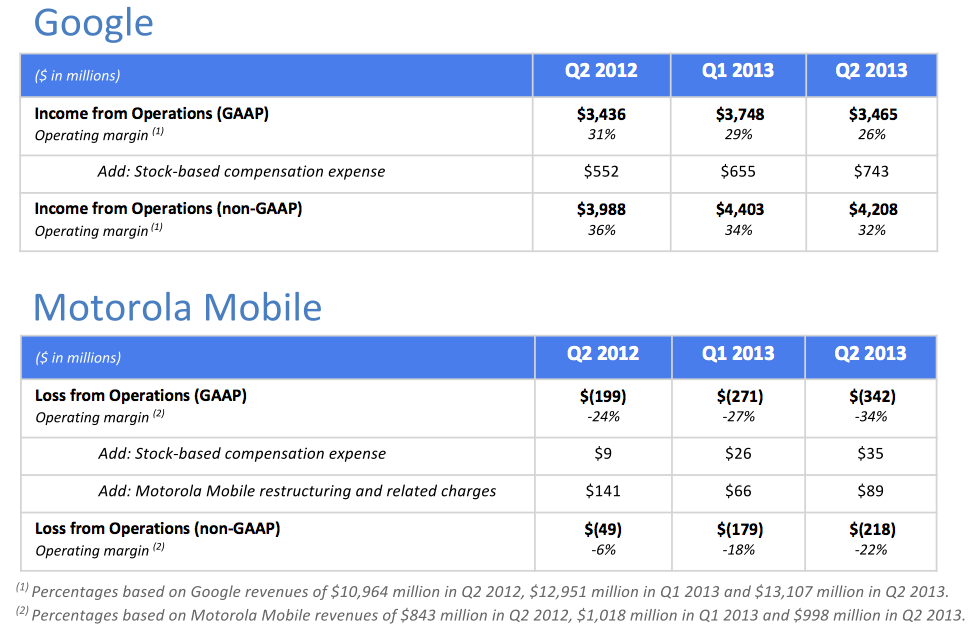 More than 50 billion Android apps have been downloaded from the Google Play store, Page said in remarks re-published on Google+. Back in May, Apple announced 50 billionth download on the App Store.

The company has already paid developers more money this year than all of 2012, he claimed, although he didn’t provide specifics.

The search monster also announced over 750 million people are using the Google Chrome browser, part of what Page described as “a world of abundant computing.” Indeed, the current computing environment is vastly different from the one in which Google began, one dominated by the PC. 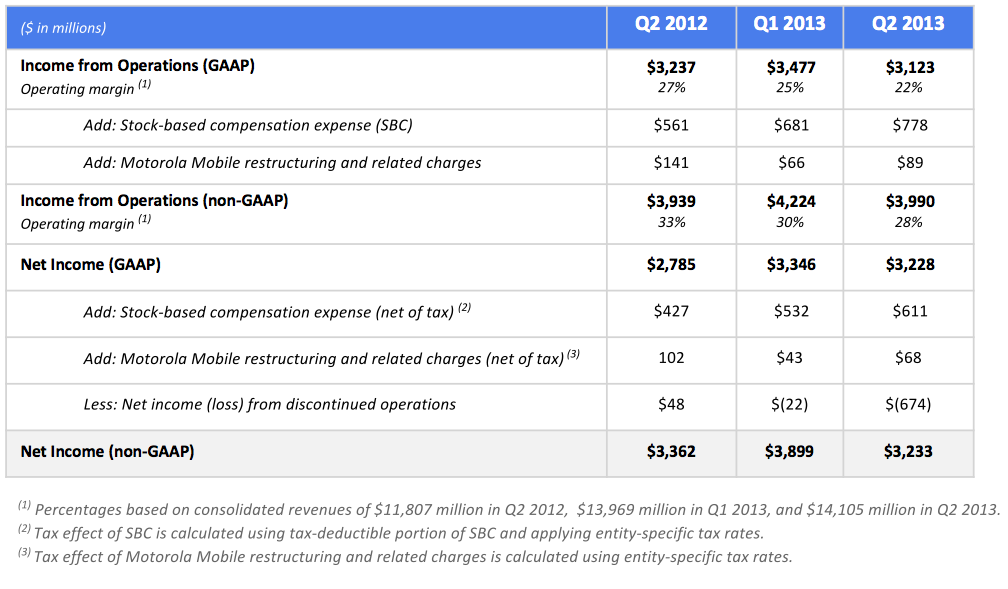 He also spoke of a “completely revamped” Maps interface where the “map is the screen.” In justifying axing a number of products on a regular basis, Page said “we need to stay focused,” cautioning how the search giant needs to invest “the vast majority of our resources and time in our core products”. 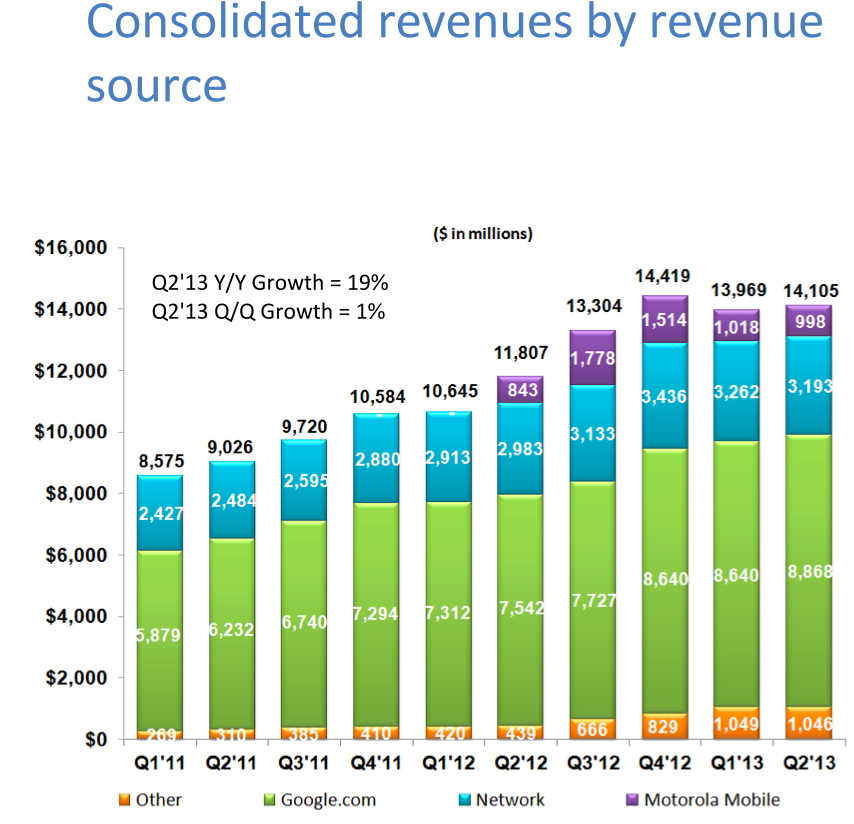 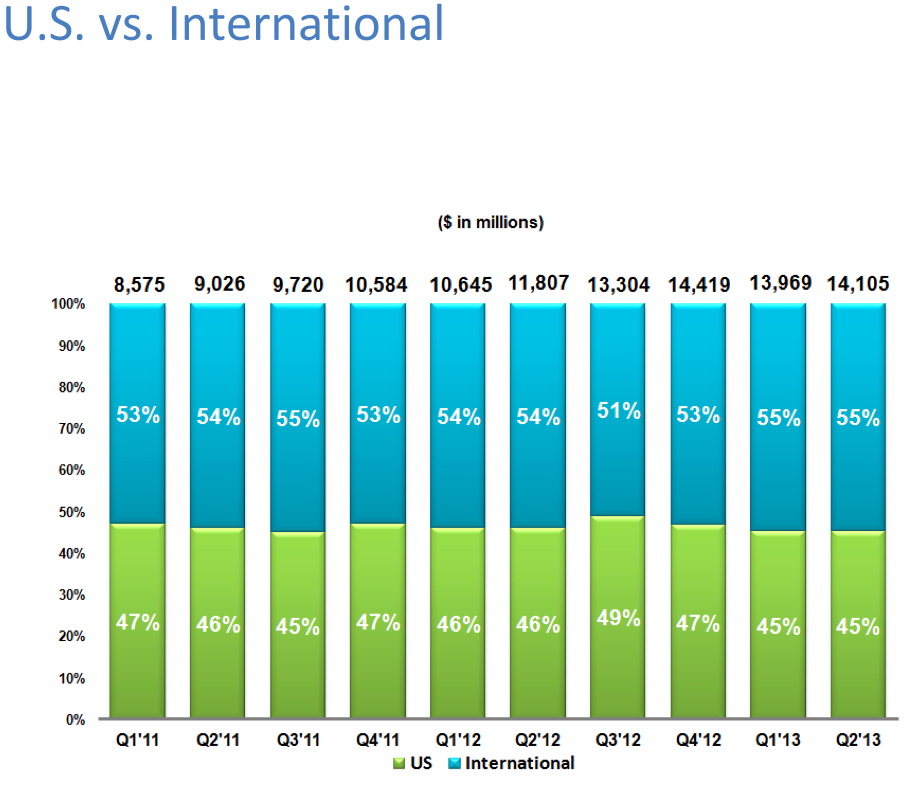 As you know, that phone will offer an always-on assistant, a bunch of pre-order customizations and long battery life, courtesy of a staggering 4,000mAh battery.

In past two earning calls, he dropped a bunch of Moto X superlatives.

Battery life is a huge issue. You shouldn’t have to worry about constantly recharging your phone. When you drop your phone, it shouldn’t go splat. Everything should be a ton faster and easier.

Battery life is a challenge for most people. You shouldn’t need to carry a charger around with you to make it through the day. If your kid spills their drink on your tablet, the screen shouldn’t die. And when you drop your phone, it shouldn’t shatter.

Also unspoken was what Google’s ultimate goal is for its Motorola Mobility unit, which continues to be a loss-making business as it announced a $342 million quarterly loss. 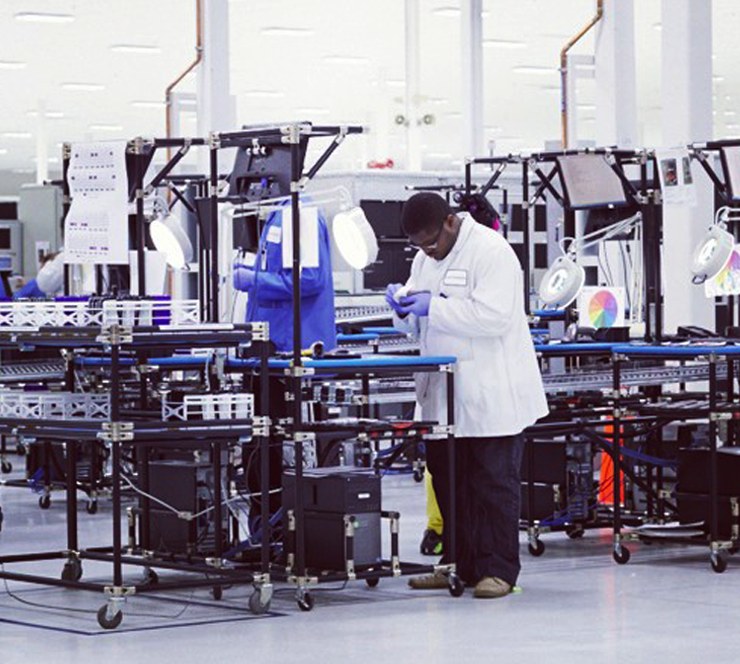 “Yep. This guy is building exactly what you think he is. Designed by you. Assembled in the USA,” reads the caption on Twitter.

Earlier today, Motorola tweeted out the above picture of a guy supposedly building the upcoming Moto X flagship smartphone in Texas.

We should soon see how Wall Street views Google’s spin on an otherwise bad quarter .