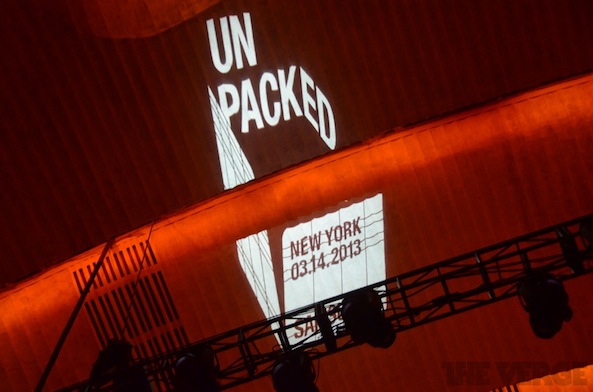 Say what you will about Samsung, but the company has managed to distance itself from the other Android device makers to become Apple’s greatest competitor in the smartphone space. The two of them, in fact, account for a majority of all handset profits.

So you can understand why we’ve been so interested in seeing Samsung’s new flagship handset, the Galaxy S4, which it just unveiled onstage at its New York-based Unpacked event. And as usual, we’ve put together a handy roundup of all of the highlights… 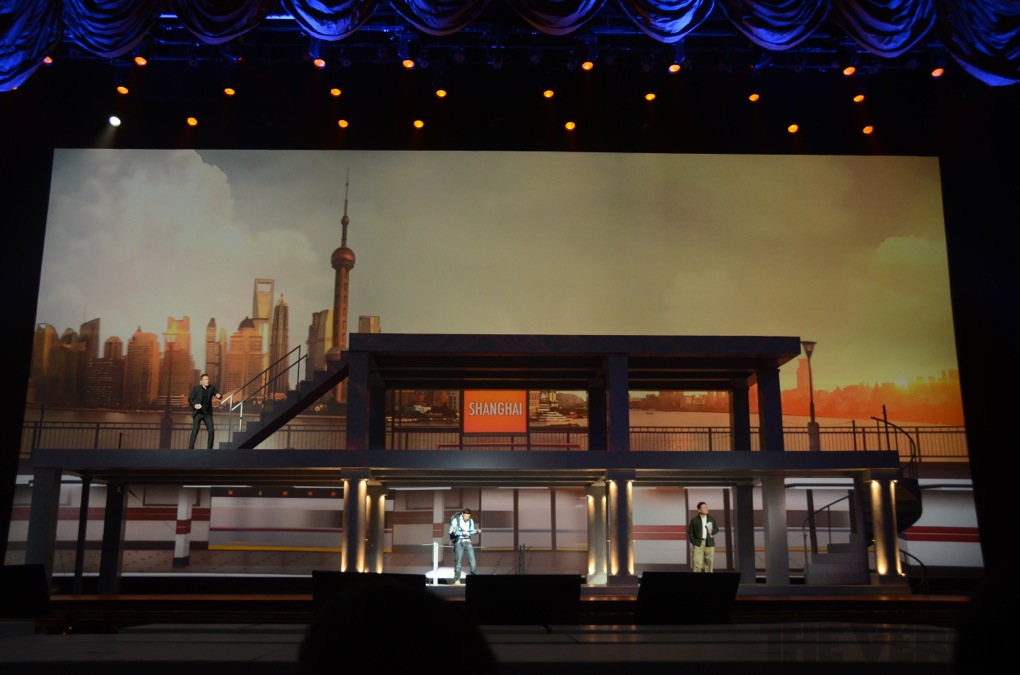 Before we get into the phone, it’s worth saying a few things about the event itself. It was weird. Like really weird. The entire thing felt like a bad Broadway play with stage actors, cheesy jokes, ballerinas and tap dancers. It was easy to forget there was a phone at all.

But onto the S4. Turns out, most of the rumors were true. The phone looks just like the S3, but features a 5-inch Super AMOLED display with 441ppi, and it’ll ship with either a Samsung Exynos 5 or Qualcomm Snapdragon S4 Pro processor, depending on the region. 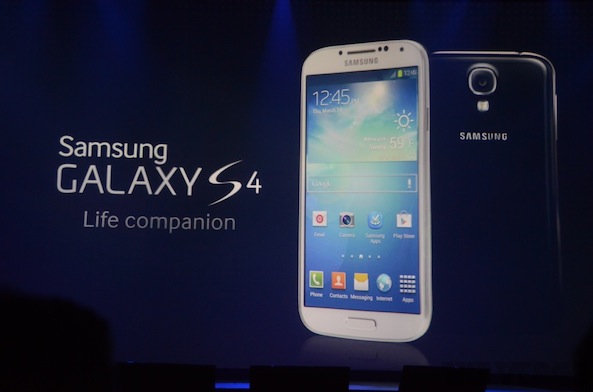 Other specs include a 13 megapixel rear camera, 2MP front camera, and 2GB of RAM. It will come in 16, 32, or 64GB of storage flavors (SD card slot as well), with a 2600mAh battery, LTE support, and 8 built-in sensors including IR, temperature and pedometer.

That’s about it for the hardware. As for the software, the phone comes packed with dozens of features, from eye-scrolling to dual camera shoot and record. We’re not going to try and list them all here, but we figured we’d mention some of the more notable ones.

Again there were actually a number of software features shown off during today’s presentation, and there’s probably several more that went unmentioned. If you want to get a more in-depth look, we recommend checking out The Verge’s coverage. It’s top notch.

And here are some hands-on videos for good measure:

Samsung says that it will start shipping the Galaxy S4 at the end of April, but no prices were given.

So, what do you think of Samsung’s Galaxy S4? Should Apple be worried?