Earlier this morning, Taiwanese handset maker HTC at a high-profile media event in London introduced its latest flagship handset, the One. In terms of speeds and feeds, this Android LTE device seems a winner: it sports a 1.7GHz quad-core Snapdragon 600 processor with 2GB of RAM, has front-facing speakers complete with a dedicated amplifier that play Beats Audio and boasts a 4.7-inch 1080p display coated with Gorilla Glass 2.

Encased in an Apple-like aluminum-clad chassis, the phone is bound to turn heads with its sleek appearance measuring 0.37 inches thick and weighing in at 143 grams. On the software front, the One runs HTC’s Sense 5 UI layer on top of Google’s latest Android 4.1.2 Jelly Bean operating system.

And borrowing from Windows Phone, there’s a new feature called Blink Feed, basically a glorified Flipboard-like aggregator that turns your home screen into an endless stream of social updates, email messages and news articles. More tidbits and a few press shots right after the break…

The One’s display files as the densest smartphone display on the market today. At 468 pixels per inch, it easily bests the iPhone 5’s 326ppi and the BlackBerry Z10’s 356ppi display.

In terms of content, the One comes preloaded with ESPN’s app that streams content to the user’s Blink Feed as news happens. All told, HTC signed up a cool 1,400 content partners, including the AOL properties (Huffington Post, Moviefone, Engadget, TechCrunch and more), the Associated Press and ESPN.

A media release bills Blink Feed as “a bold new experience that transforms the home screen into a single live stream of personally relevant information such as social updates, entertainment and lifestyle updates, news and photos with immersive images so that people no longer need to go to separate applications to find out what’s happening.” 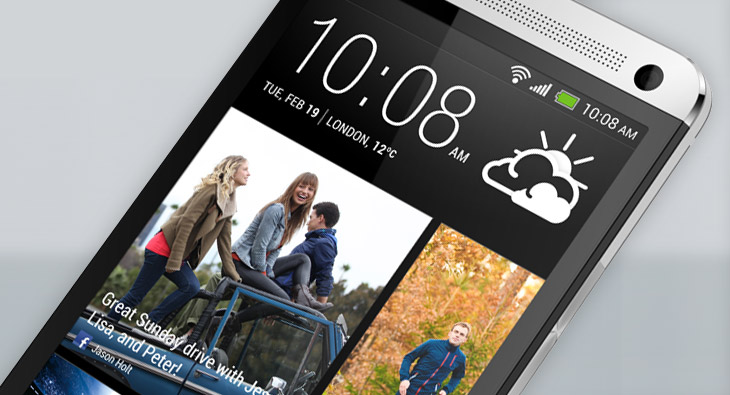 The new Blink Feed on the HTC One.

For the One, HTC engineers have developed a custom, much-improved eight-megapixel back camera with f/2.0 aperture lens. Proclaiming the megapixel race over, HTC said the camera is all about “UltraPixels”, which basically a fancy buzz word for a similar technology first seen on Nokia’s PureView handset.

HTC says these ultrapixels gather 300 percent more light than traditional sensors for an improved low-light performance, but with an important distinction: the tech limits the maximum photo size to four megapixels, regardless of the actual camera resolution.

Akin to Samsung’s Galaxy S III, a new Zoe feature captures five frames before and another fifteen images after hitting the shutter button, letting the user choose the best shot between a set of twenty photos. You can also record three-second video clips alongside the photos and create stop-motion animation from the stills.

Other features of the back camera include enhanced 360-degree panorama, time sequencing and object removal. The front-facing camera has also received love with such new features as ultra-wide angles and 1080p capture for some crisp video conferencing.

The Verge has a nice table comparing how the One stacks up against competition, including Apple’s iPhone 5. As for the design, the handset’s body is all aluminum using a design they call zero gap. Like the iPhone, the One’s aluminum body doubles as the antenna for radios (potentially opening door to some unpleasant signal attenuation). 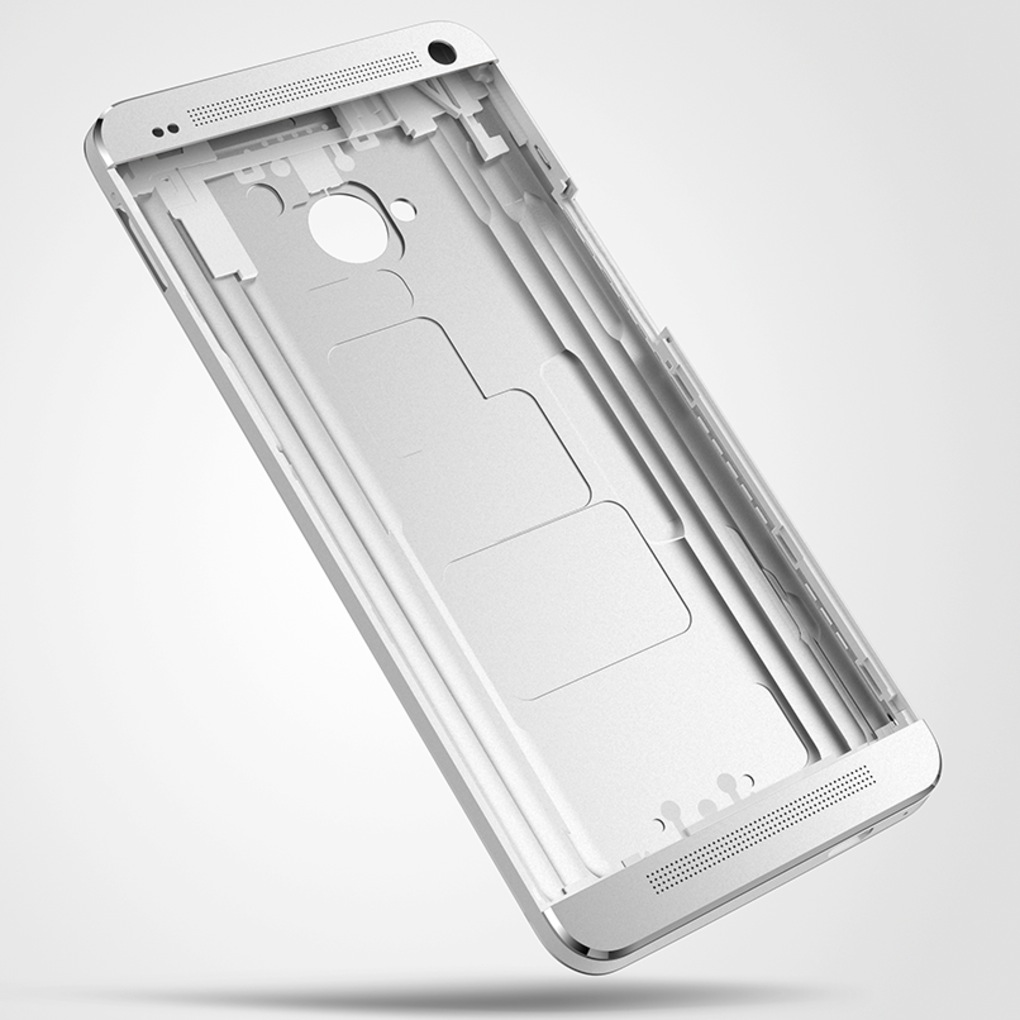 Apple and HTC recently signed a ten-year licensing deal and though the terms of the settlement remained confidential, the deal obviously includes Apple-like design cues.

One of the more interesting perks of the One is the IR emitter at the top. With a little help from the Sense TV app, the IR emitter turns your One into a control remote for a TV set, with the app providing interactive programs guides from many of the biggest broadcasters. 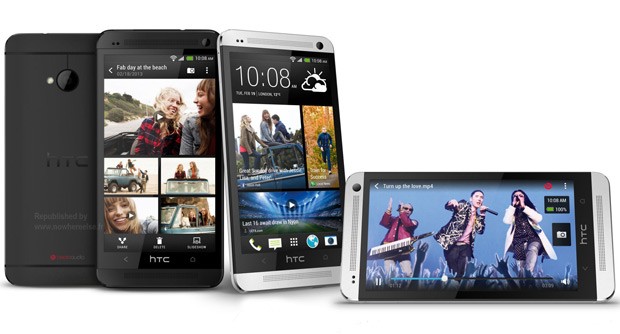 The One will be available in black and silver varieties, each with either 32 or 64 gigabytes of onboard storage. It’s due to ship initially late-March via AT&T, Sprint and T-Mobile in the United States (notably absent: Verizon Wireless), in addition to O2, Vodafone, Three and EE in the United Kingdom and Rogers, Bell and Telus in Canada and Australia.

Here’s a hands-on video by The Verge.

All told, the One will be available through 185 mobile operators in over 80 regions. HTC said it will offer a $100 trade-in credit towards the One. The company is now accepting pre-orders through its web site.

What’s your first impression of this phone?

Do you view it as a device potentially replacing your iPhone 5?