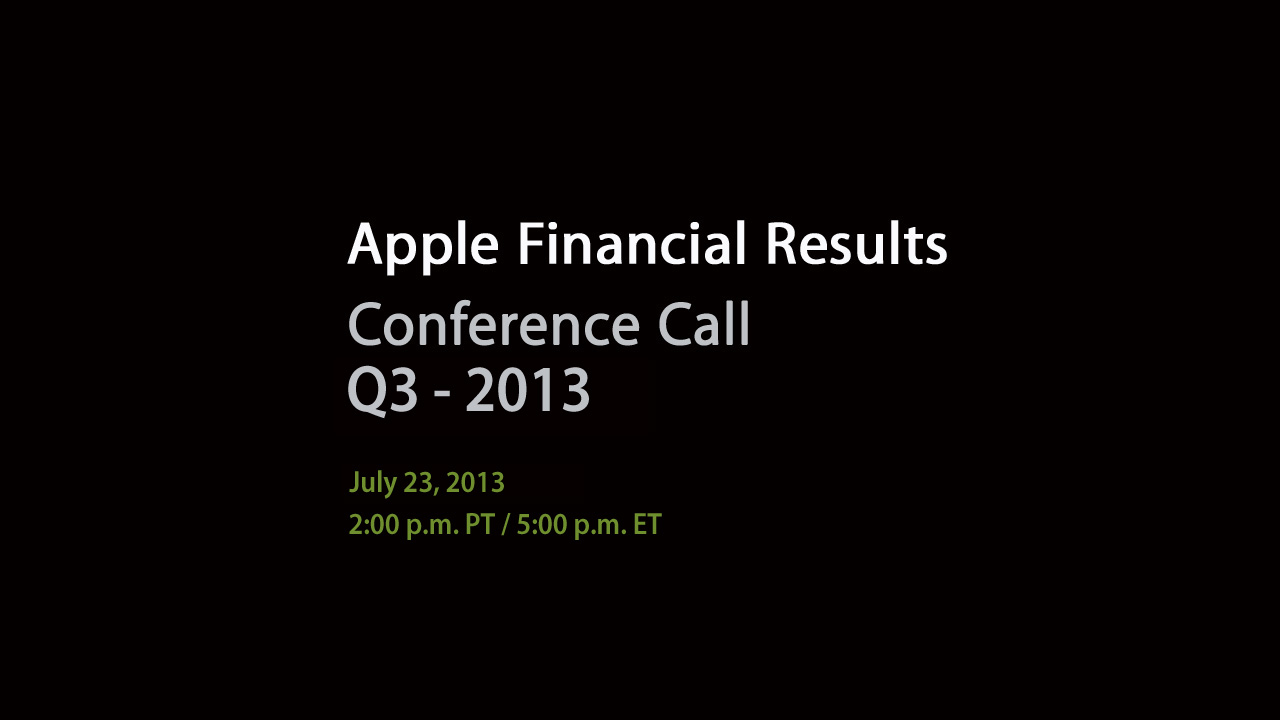 As per usual with Apple’s earnings releases, the company will webcast its upcoming June earnings call. The live webcast will be provided, beginning at 2pm PDT on Tuesday, July 23, and will also be available for replay for approximately two weeks thereafter.

You can tune in to the audio webcast using your iPhone, iPad or iPod touch running iOS 4.2 or above or a Mac running OS X 10.5 or above. If you’re on a Windows PC, you’ll want to install QuickTime 7 or later…

Apple says a continuous rebroadcast will be available beginning Tuesday, July 23 at 5pm PDT / 8pm EDT through Tuesday, August 6 at 5pm PDT / 8pm EDT. If you want, you can subscribe to the Apple Quarterly Earnings Call podcast through iTunes, Apple’s Podcast iOS app, Instacast and other third-party podcast clients.

Subscribing to the official podcast will allow you to sync the audio transmission to your other devices and download the webcast as an audio file to your device.

Our writers will be listening in to the call and reporting on key metrics and stats while attempting to decipher the oft-cryptical messages and hints Apple’s boss Tim Cook and finance chief Peter Oppenheimer are known to drop during earnings calls.