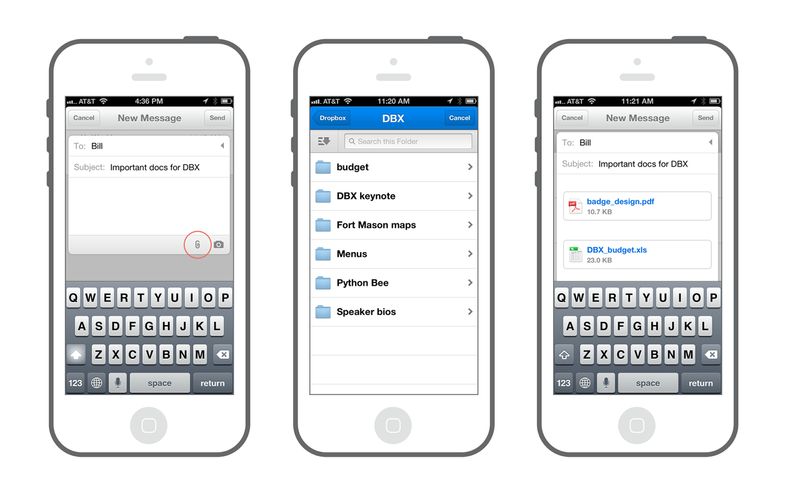 The new APIs the team introduced today at DBX promise to make it easier for app developers to integrate Dropbox data synch. Now, iOS developers are expected to take advantage of these new frameworks pretty soon.

Yahoo, for example, has immediately added support for Dropbox attachments to its Android client (it is coming soon to the iOS  edition of Yahoo Mail). As Dropbox acquired Mailbox in March, we’re not surprised the team just pushed a Mailbox update which lets you send attachments from Dropbox, even if the files don’t physically reside on your device.

Better yet, you can now attach any file type you can think of, regardless of whether or not your device understands it. This has got to be the awesome news for fans of cloud productivity (count me excited!) and regular users who could only attach Camera roll images prior to this update…

To attach a file from your Dropbox, tap the paperclip icon next to the camera when composing a message. 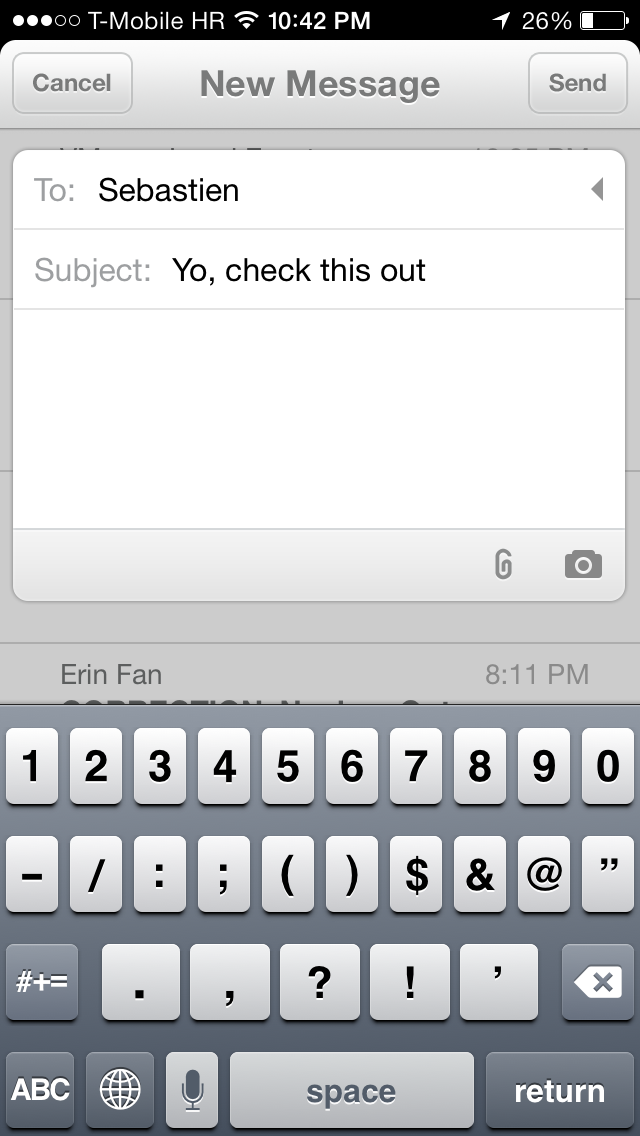 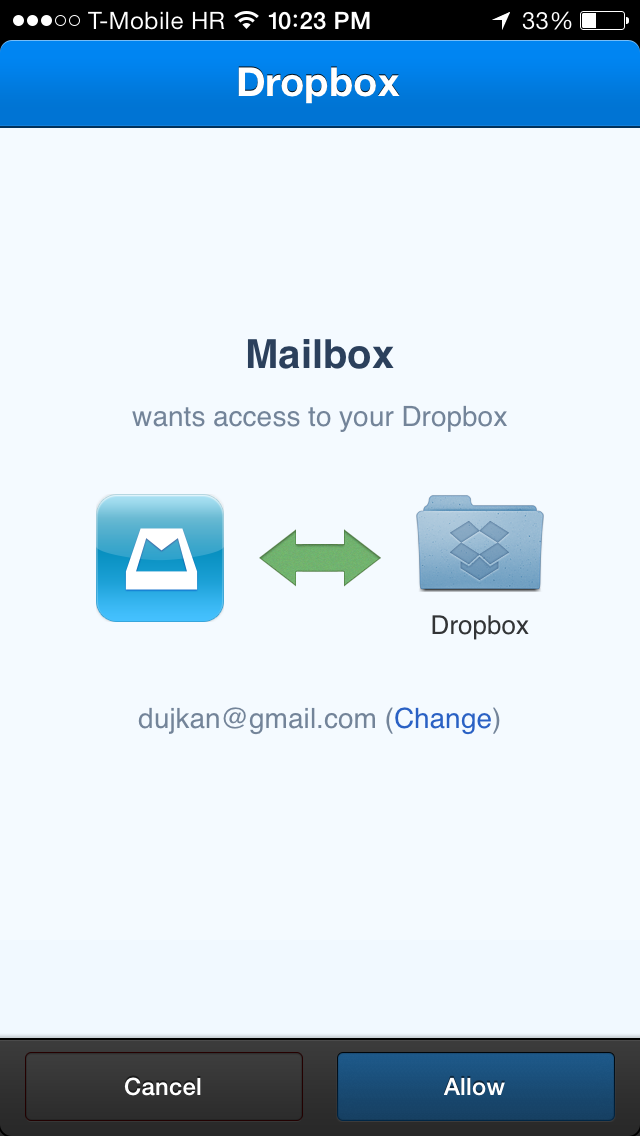 This will launch the Dropbox iOS app where you’ll need to approve access to your cloud storage (that’s a one-time thing). Simply navigate to a desired Dropbox folder and pick a file. You can’t select multiple files at once though you can attach more files by tapping the paperclip icon again. 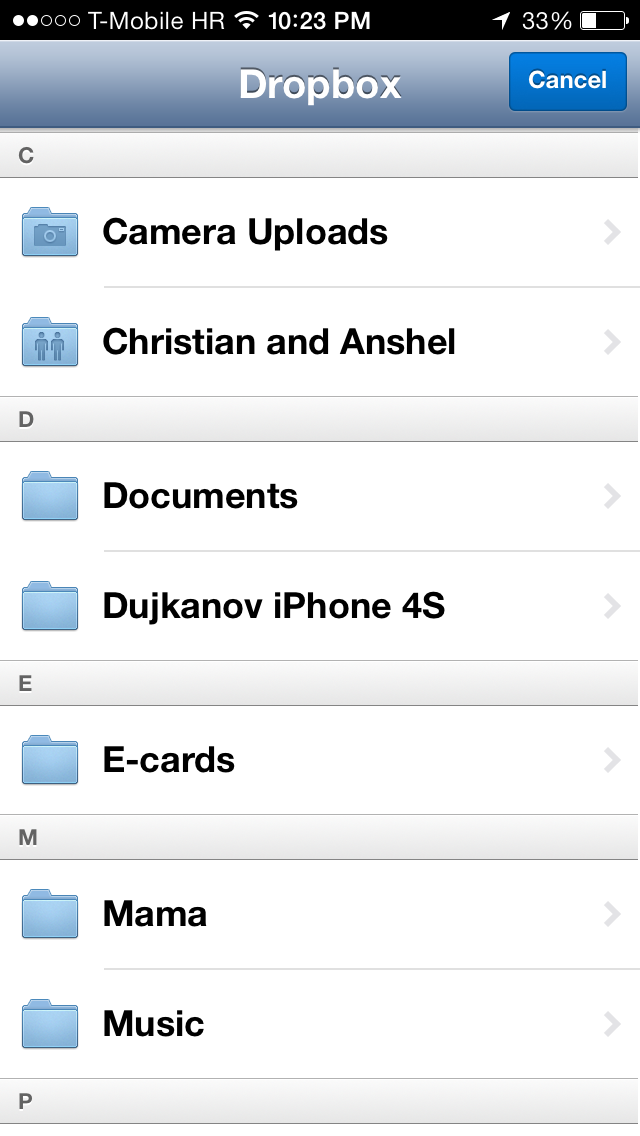 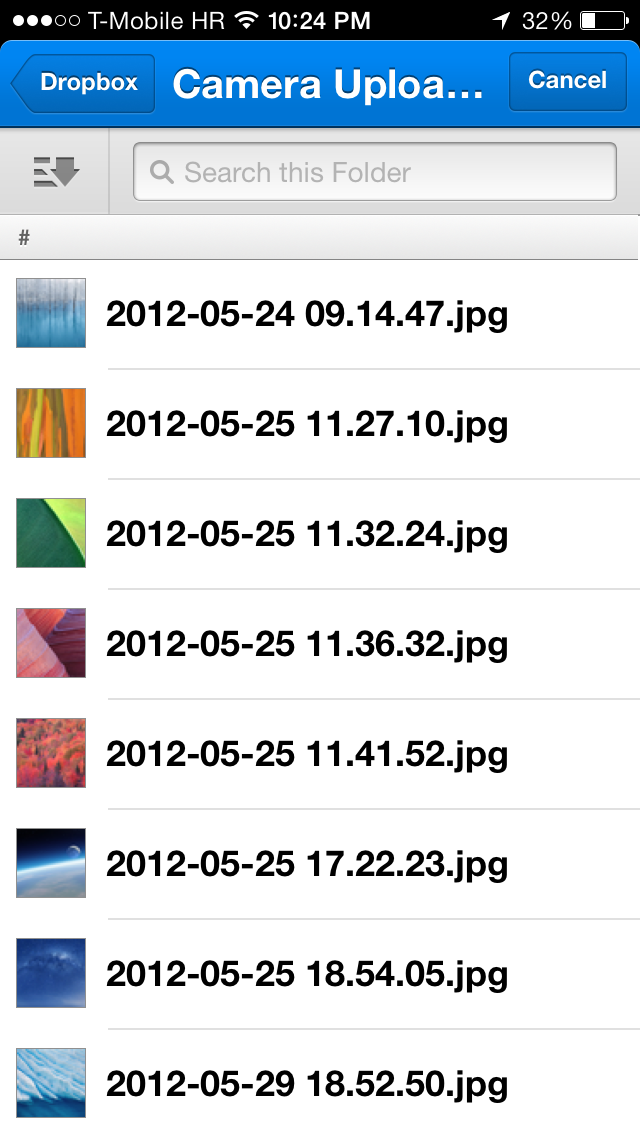 The method creates a hyperlink to your Dropbox file rather than actually attach the file to the message so your recipient will have to click on the link to view (or download) the attachment on Dropbox (no sign-up required). 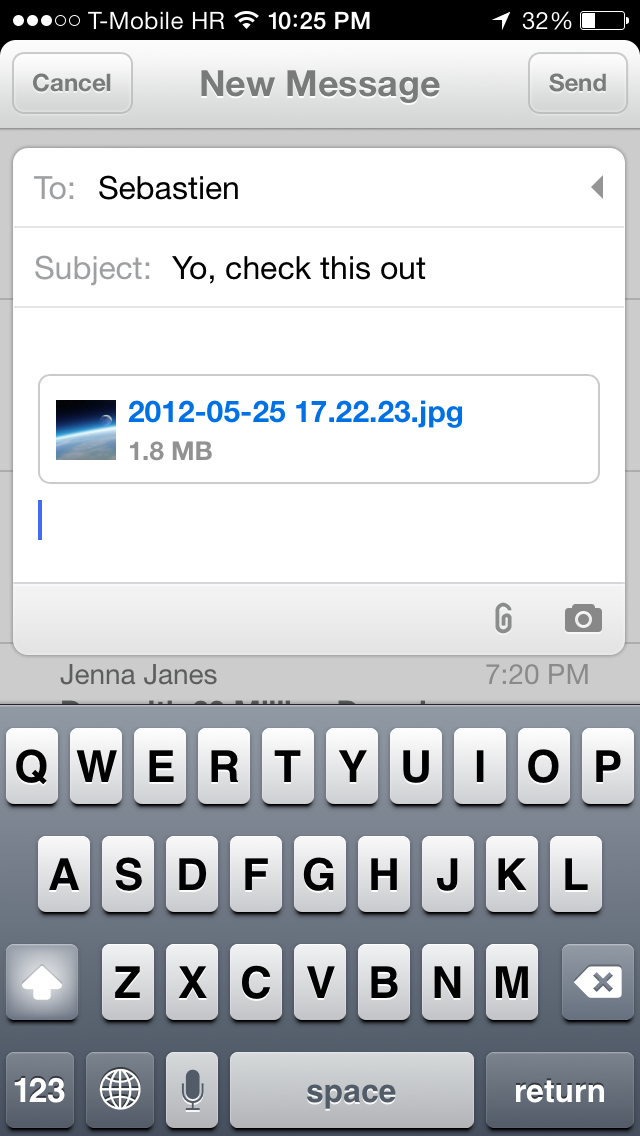 It would have been nice if Dropbox allowed direct file insertion. On the other hand, the current implementation vastly reduces the size of your outgoing message, a boon for users who send out lots of attachments over the cellular network.

Oh, if you need to change your Dropbox settings in Mailbox, swipe to the right to reveal the options panel, hit Settings and then Dropbox at the very bottom. 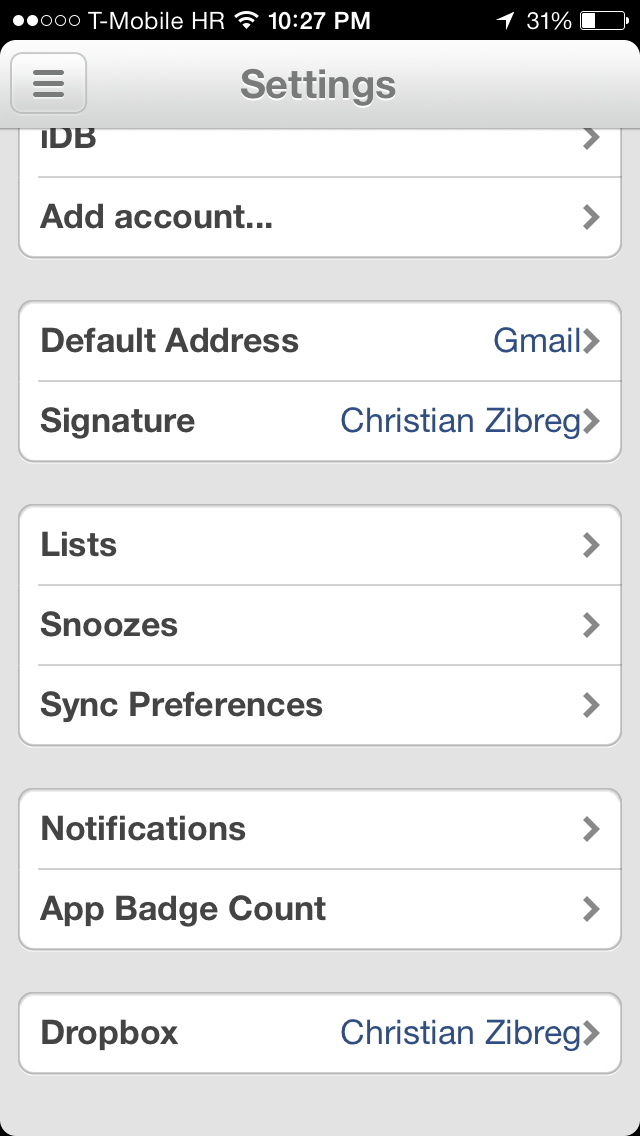 Here, you can set up multiple Dropbox accounts to use for Mailbox attachments so you may want to first log out of your existing account in the Dropbox iOS app and log in with new credentials.

Dropbox integration is the only enhancement added in this update (two weeks ago, they added landscape mode on iPhone and iPod touch devices and implemented support for Gmail aliases).

For what it’s worth, the team wrote in a blog post today’s update represents “the beginning of a number of integrations we’ve got planned”.

I’ll hold them to that promise.

Download the new Mailbox version 1.4 from the App Store now.