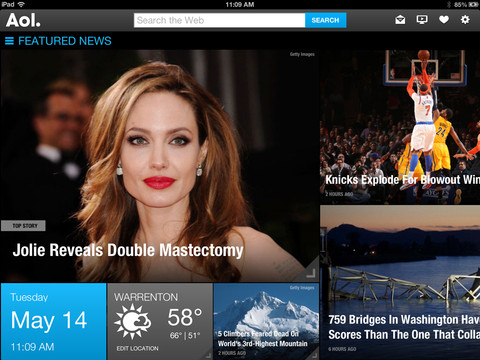 It’s not just Yahoo: in a bid to regain its relevancy, AOL is doubling down on software. First, it jumped on the Google Reader bandwagon with its own AOL Reader.

But AOL is just warming up: today, the beleaguered firm has launched an iOS app that lets you access its popular properties like News, Weather, Video and Mail. If  I wanted to be cynical, I’d say AOL has been lingering on the brink of relevancy for quite some time now.

The firm’s customer base had been reduced to 10.1 million subscribers by November 2007, just narrowly ahead of Comcast and AT&T Yahoo. If you count yourself as an AOL fan, go past the fold for the full breakdown…

The software can be used as a one-stop shop for AOL’s most popular properties.

If you frequent AOL News, the app will serve the latest news stories and videos “in an engaging news stream format”. This includes content from AOL-owned properties like The Huffington Post and Engadget. 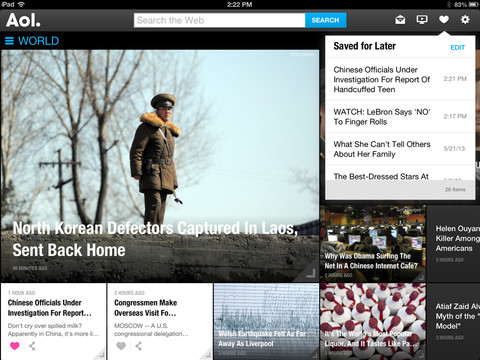 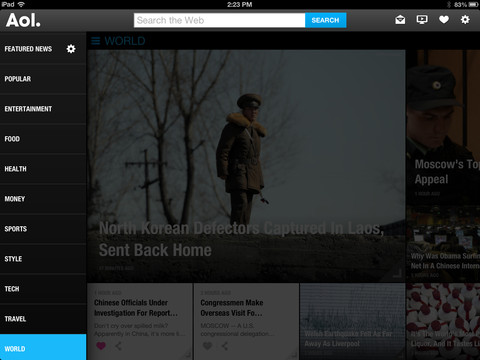 You can customize your stream by choosing news categories you care about or just enjoy the stories curated on the AOL home page. Like the new Yahoo News homepage, the AOL app will learn about your reading habits so over time, the news stream should accurately reflect your personal interests. 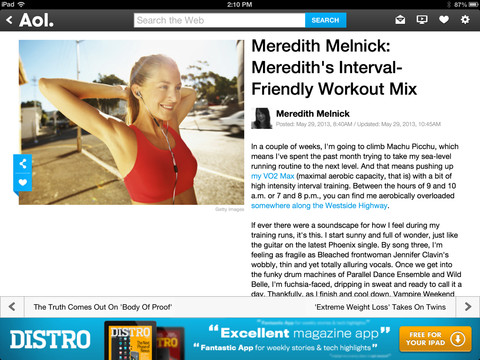 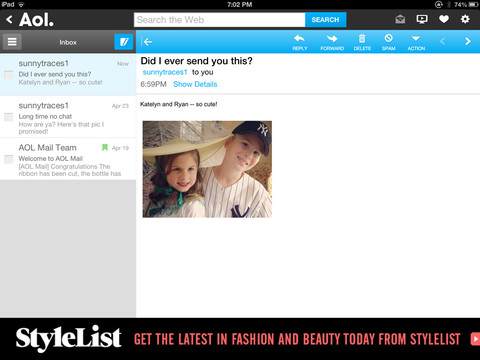 Sharing options include Facebook, Twitter and AOL Mail and both articles and videos can be saved for later reading.

You can download the AOL app  free to your iPad from the App Store.

Unfortunately, there’s no iPhone version, though it could arrive at a later stage.

I’m not a big fan of AOL, but it’s a decent app that could have been better had they included more interaction and live chatting with AOL’s AIM network.