Yahoo’s recently-minted CEO Marissa Mayer has gone on a shopping spree. After the troubled Internet giant in March bought mobile news startup Summly for $30 million, and having snapped up the iOS/Android task management service Astrid earlier this month, Yahoo this morning announced a definitive agreement to acquire Tumblr for $1.1 billion. Yahoo promised “not to screw it up” and operate Tumblr independently as a separate business, keeping its founder David Karp as the CEO.

CEO Marissa Mayer was quoted in a media release as attributing Tumblr with redefining creative expression online, explaining how the two online brands complement each other.

And, fundamentally, Tumblr and Yahoo! are both all about users, design, and finding surprise and inspiration amidst the everyday.

The transaction, which is subject to customary closing conditions, is expected to close in the second half of the year.

The Wall Street Journal characterized the move as a “power shift” in that it brings Yahoo on par with the likes of Google and Facebook when it comes to big, bold acquisitions.

Although Tumblr is second to WordPress when it comes to blogging, it’s one of the fastest-growing media networks in the world. 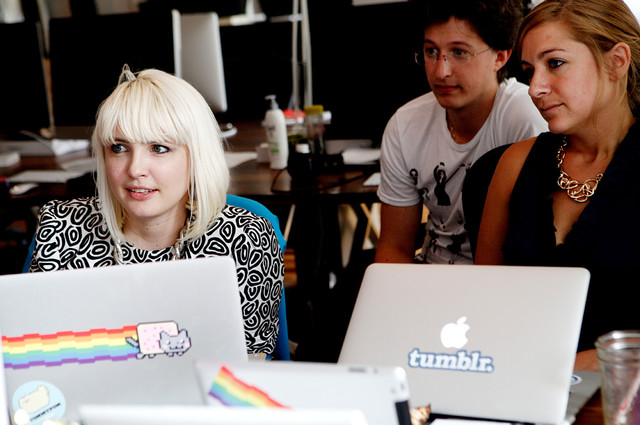 The service sees a cool 300 million monthly unique visitors and 120,000 signups every day, with 900 posts per second and 24 billion minutes spent on site each month. Tumblr is especially popular with younger adults and is growing more quickly on smartphones than Yahoo.

Inevitable “Why Yahoo’s acquisition of Tumblr means doom for Apple” article in 3, 2, 1…

For instance, more than half of Tumblr’s users are using its mobile iOS and Android app and do an average of seven sessions per day. Yahoo expects that the acquisition will grow its audience by fifty percent to more than an astounding billion monthly visitors, increasing overall traffic to Yahoo sites by as much as twenty percent. 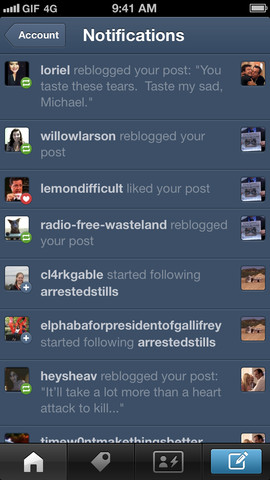 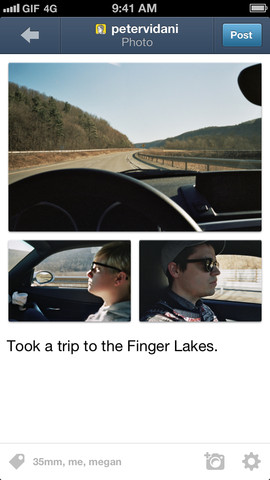 Rabid Tumblr fans seem to be worried and some are fleeing to WordPress, according to Matt Mullenweg who notes that “normally we import 400-600 posts an hour from Tumblr, last hour it was over 72,000.”

And how exactly does Yahoo plan to monetize Tumblr, which has virtually no revenue?

According to a Business Insider liveblog, Marissa Mayer said:

Mayer says that Yahoo released “Yahoo Stream Ads” in May, which take text ads and put them in the news stream on Yahoo.com. She says you can expect more of that on Tumblr. On Tumblr, there is the dashboard, which is like Facebook’s News Feed or inbox. Today, Tumblr does some advertising there.

Yahoo would like to “introduce a very light ad load” there. Yahoo also might work with some bloggers who want ads on their blogs. That would only be done with permission.

Tumblr last month updated its iOS app with new read later and social sharing service. In March, the app revamped its camera interface and added a handful of new features, most notably the ability to create Photosets from within the app.

Do you blog on Tumblr?