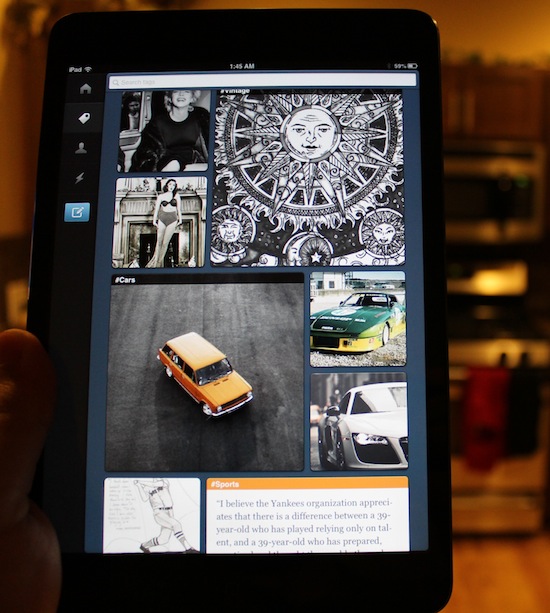 Good news today for all of you Tumblr users. The popular microblogging platform has finally updated its iOS app to work natively on the iPad. Previously, if you wanted to access your Tumblr blog, or view the work of others, from your tablet, you either had to use the website, a third-party application, or the official iOS app in 2X mode. But not anymore…

With Tumblr version 3.2.3, you’ll be able to do the following right on your iPad:

I’ve always thought the app worked well on the iPhone, with its sharp-but-simple UI and strong search feature, and the same holds true for the iPad version. Images and other content load quickly, and look fantastic — even on my non-Retina iPad mini. It’s not going to win an App of the Year award or anything, but it’s far better than the third-party options.

In addition to iPad optimization, the new Tumblr app also includes support for Markdown, a lightweight markup language, and a new ‘Explore’ tab. If you’re interested in checking out the update, you can find it in the App Store for free. You’ll need a Tumblr account to really do anything in the app outside of the Explore tab, but signup is quick and painless.

What do you think of Tumblr on the iPad?